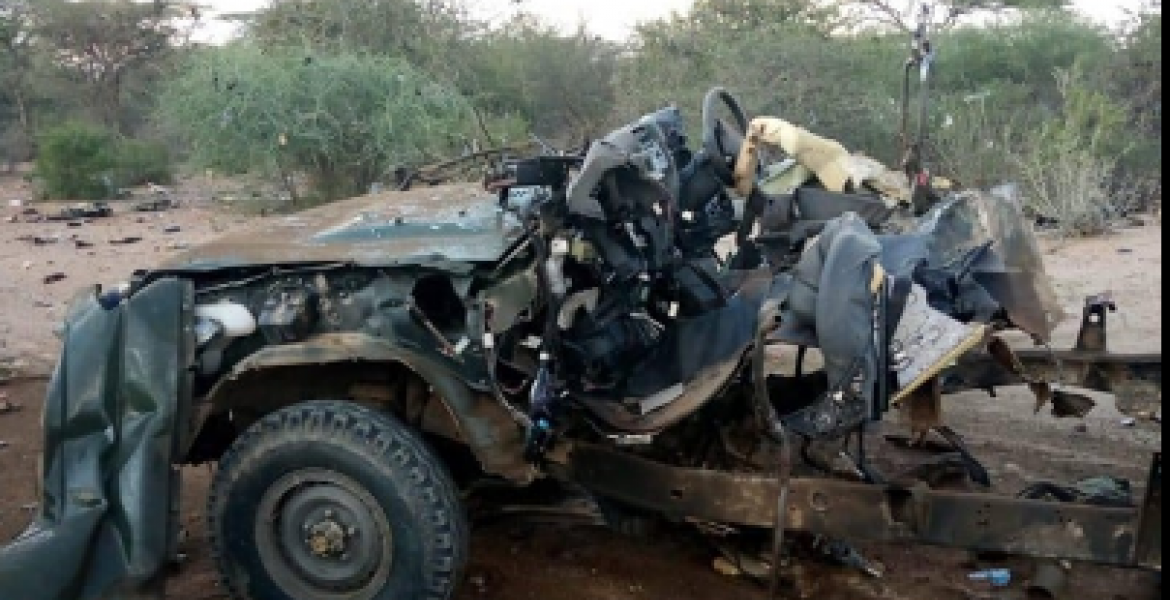 At least 10 General Service Unit (GSU) police officers were killed after the vehicle they were traveling in ran over an improvised explosive device (IED) near the Kenya-Somalia border on Saturday.

Confirming the incident, Inspector-General of Police Hillary Mutyambai said the officers were carrying out a routine patrol along Damajale-Harehare Road in Garissa when the vehicle ran over the landmine.

“Unfortunately, we lost some officers and the vehicle they were traveling in was severely damaged,” Mutyambai said in a statement.

He said security forces had been deployed to pursue the attackers and investigations into the 5:30 pm attack are ongoing.

The security officers were killed after the vehicle they were traveling in ran over a landmine planted on the road near Konton in Wajir County.