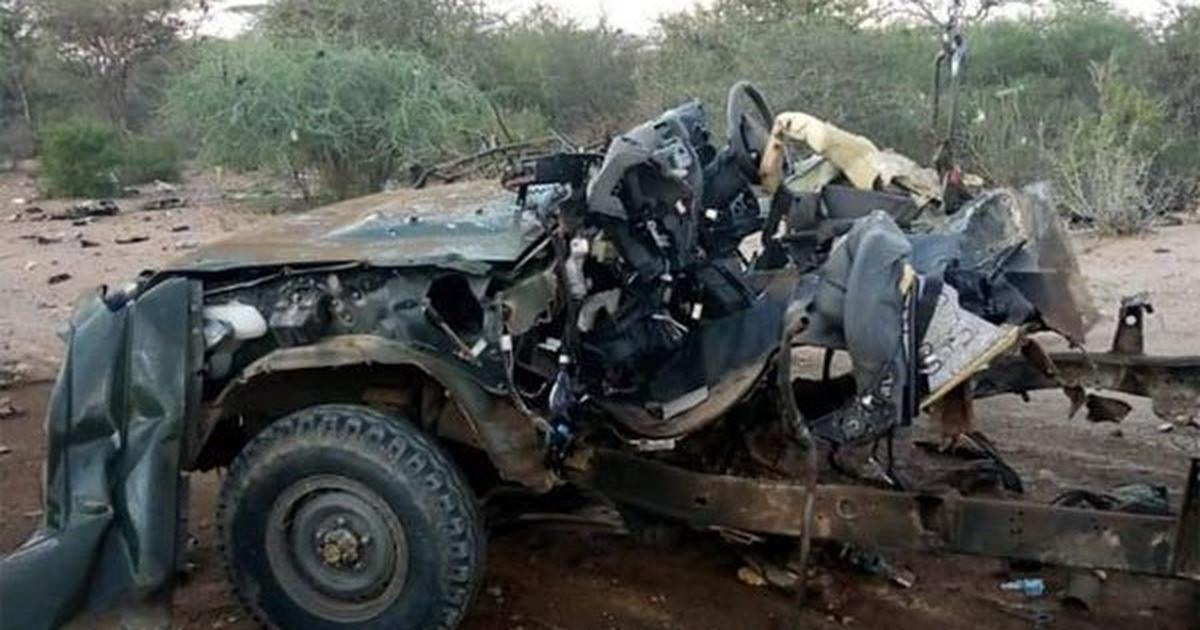 At least 10 police officers died on the spot after a vehicle they were travelling in ran over an Improvised Explosive Device (IED) on Degoh Road in Garissa County and exploded.

The incident happened on Saturday evening when the GSU officers were on patrol along the Kenya-Somalia border.

Their Toyota Land Cruiser ran over the IED suspected to have been planted by Somalia-based terrorist group-Al Shabaab.

The incident was confirmed by Inspector General of Police Hillary Mutyambai who stated that additional security agencies had been deployed to the area to beef-up security.

In a statement to newsrooms, Mutyambai disclosed that an elite team of Kenya Defence Forces, Administration Police, Rapid Response Police Unit and Kenya Police Service had been deployed to the area to pursue the attackers.

The statement read in part that “The National Police Service regrets to inform the public that NPS officers were on patrol along Damajale-Harehare Road near the Kenya-Somali border when their motor vehicle ran over an Improvised Explosive Device”.

The group has been on its death bed after Kenyan Defence Forces took the battle to their door-step, seizing several areas that were initially controlled by the group.

Several Al-Shabaab militants and its leaders have also been killed in extensive attacks to exterminate the group.

What does GOAT mean in sports?

Cash crisis at Kenya Sevens team is a...