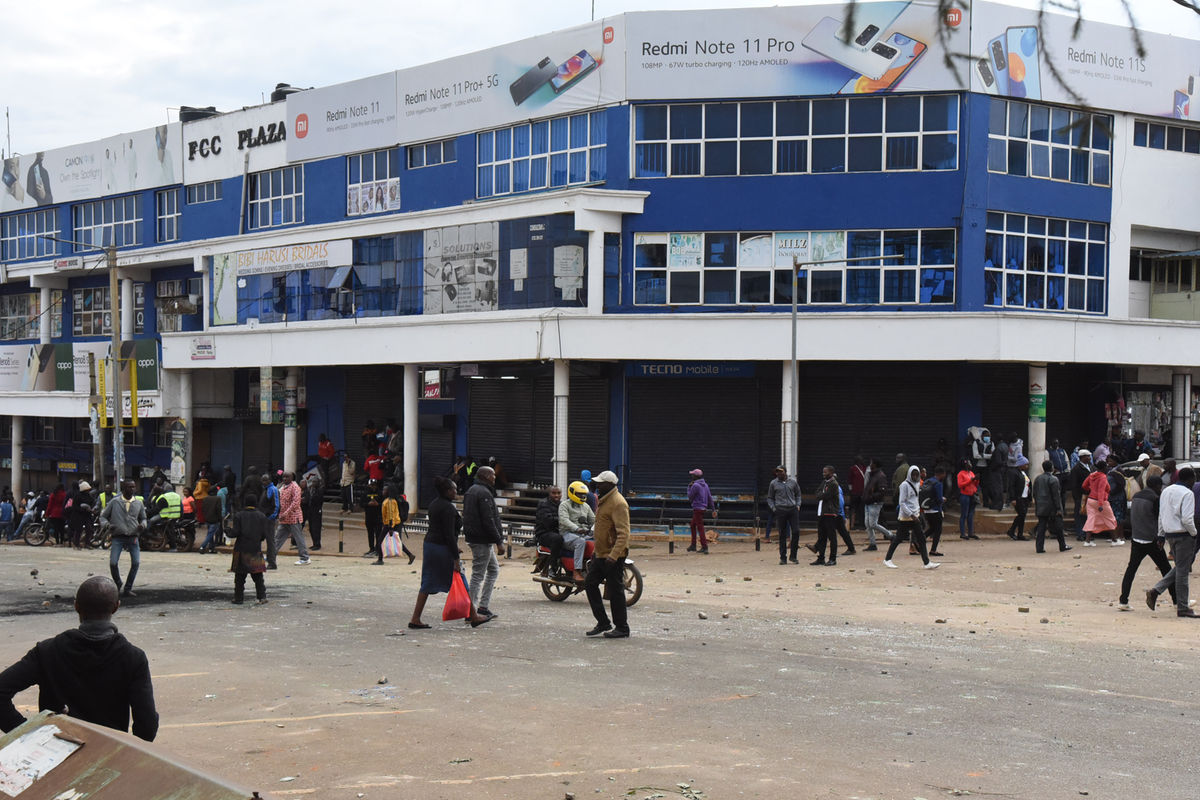 Police in Eldoret have arrested 19 suspects in connection with the massive looting and vandalism that rocked the town following clashes between county askaris and hawkers on Thursday.

The suspects were among those who took advantage of the chaos to break into cars and business premises to loot after askaris clashed with hand-cart operators, the Directorate of Criminal Investigations (DCI) said in a statement on Thursday evening.

The “looters took advantage of an operation by Uasin Gishu county government officials to weed out unlicensed vendors from the town’s central business district and raided Eldomatt cookery/Bakery, near Saito Centre,” detectives said.

The looters joined street idlers, vendors and cart pushers and confronted ill-equipped askaris, who were overwhelmed.

“This prompted the quick intervention [of] the Uasin Gishu security apparatus, which deployed a standby anti-riot squad that quelled the situation and arrested the suspects,” said the police.

Some suspects were seized as they left shops with looted merchandise, as others were seen vandalising motor vehicles parked on the streets.

The suspects were detained at the Eldoret Police Station and were expected to appear in court.

Parts of the town were turned into battle zones, with business paralysed as traders threw stones at anyone in sight.

Buildings on Oloo Street, the epicentre of the clashes, were extensively damaged, with glass windows smashed.

“By the time the police were dispatched to normalise the situation, the looting and vandalism had occurred. We condemn the incident and it was unfortunate to use street children to [cause] mayhem and we hope the county government will rehabilitate them into useful members of the society,” he said.

“We are now in the process of becoming a city and investors, when they see such ugly scenes … will be scared [away]. We cannot condone that.”

How the Hustler fund exposed the realities of...