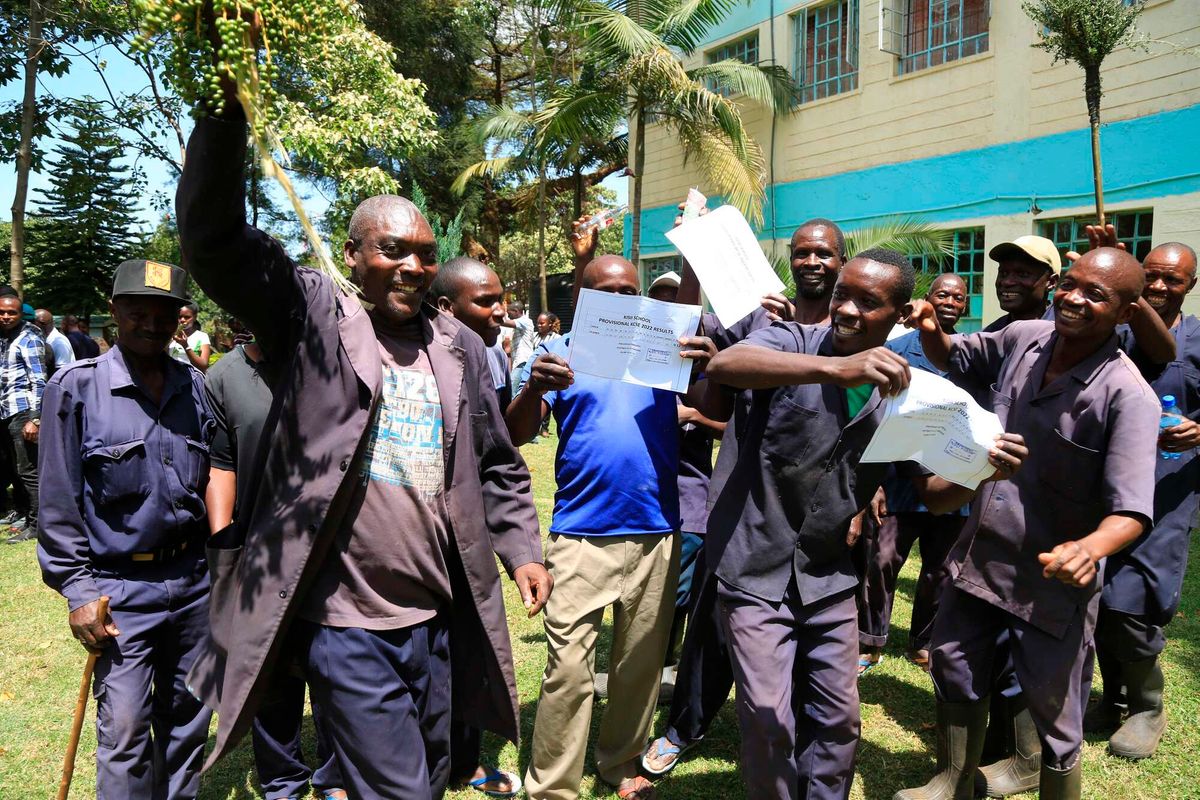 “This means the country has achieved gender parity, in much the same way as we have done in primary school,” Education Cabinet Secretary Ezekiel Machogu said yesterday.

Boys outperformed girls in the highest score – grade A – with 875 against 271.

Even in the lower grades of D+ and below, males performed better than females.

Of the 2,136 candidates with special needs and disabilities who sat the 2022 Form Four national examination, a total of 120 boys and 70 girls attained C+, the minimum university entry qualification.

Only one male had A (plain)while seven boys and two girls scored A- (minus).

Twelve boys and six females scored B+ (plus) while 19 males and 14 girls had grade B.

Grade B- (minus) had 28 boys and 20 girls, while 53 boys and 28 girls attained C+ (plus) under the special needs and disabilities category.

According to the Kenya National Examinations Council (Knec), some 1,055 boys and 891 girls scored C (plain) and below.

Knec says 2,706 candidates did not sit the examination despite registering. Some 1,459 were males and the rest females.

Two in court over armed robbery