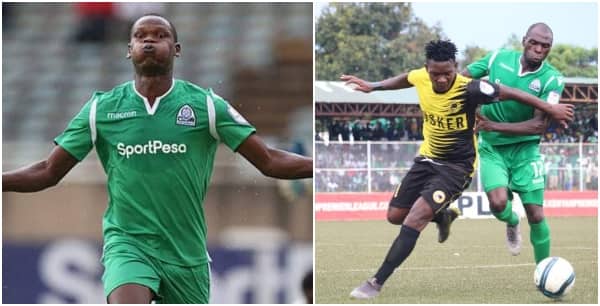 The defending champions were first off the mark after Nicholas Kipkirui found the back of the net before Kenneth Muguna, Boniface Omondi and Charles Momanyi added to K’Ogalo’s scoresheet.

Gor’s Dickson Ambundo found space and threaded a pass to Kipkirui who made no mistake of burying the ball behind the back of the net in the 25th minute.

Steven Pollack’s mesn were unable to hold on to their 1-0 lead as the Brewers scored an equaliser through Boniface Muchiri who picked up both of Tusker’s goals in the encounter.

The English custodian however acknowledged that glaring mistakes cost his side and although he was pleased with three points he felt his men could have done better.

In football you make mistakes it costs you. We made two mistakes and it cost us but I feel proud of my boys and they showed resilience in the second half,” the Gor tactician said after the match.

Pollack also noted how his substitutions made a huge impact on the flow of the game and after brought in Nicholas Kipkirui for Kennedy thanks to a hamstring strain, and it really paid off.

“I made some tactical changes in the second half and I felt that it worked,” he observed.

Tusker then restored parity in the 35th minute from a well worked move that was finished by striker Boniface Muchiri just before half time giving the Brewers hope.

K’Ogalo were impressive in the second half with Muguna scoring through a penalty in the 61st minute.

He then scored through a penalty in the 61st minute before Muchiri completed his brace with an equaliser in the 75th minute.

The Gor captain then scored a fantastic goal before Boniface Omondi made the fans go crazy after his superb strike broke Gor’s record against the Brewers, adding a fifth to make it 5-2

‘Truth will come out’ about Australia’s Sandpaper-gate, Warner...