Home General A century on, French-built railroad in Ethiopia still ‘a blessing’
General

A century on, French-built railroad in Ethiopia still ‘a blessing’ 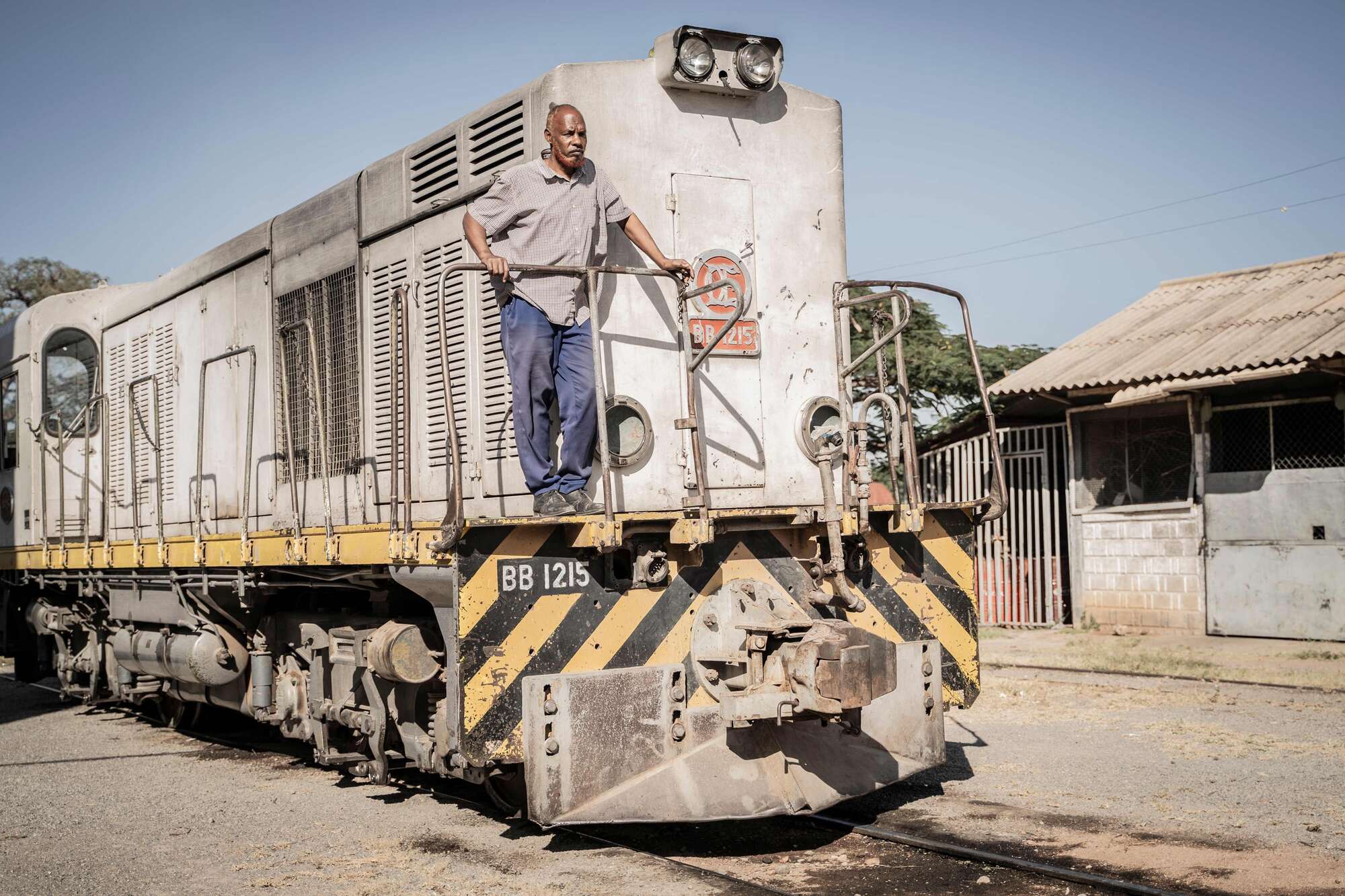 The train pulled out of Dire Dawa station with a creak and disappeared into the pre-dawn gloom, the lights that once illuminated its decades-old carriages having stopped working long ago.

Over a century after the French laid a railroad in eastern Ethiopia, the old track remains indispensable for trade and transport, even with the recent arrival of a modern Chinese-built line.

Twice a week, passengers and cargo pile into carriages dating from 1955 to make the 12-hour, 200-kilometre journey by diesel locomotive from Dire Dawa to Dewele on the border with Djibouti.

There, they trade vegetables and khat — a mildly narcotic shrub — for food and other items.

“We use it as transport,” said a young shopkeeper who declined to give her name, and said she exchanged goods for rice, sugar, pasta, spices, tomato sauce and oil.

The journey today spans the only functioning part of the original 784-kilometre line, which once ran between Addis Ababa, the capital of landlocked Ethiopia, and Djibouti City on the Gulf of Aden.

Since 2016, a modern, electrified railway line built by China connects the two capitals in anywhere between 12 hours and 18 hours.

But in Dire Dawa, which was built by the French to accommodate rail workers with the advent of the “Franco-Ethiopian Railway”, the “Chinese train” as it is locally known does not suit everyone.

Stops along the Chinese line are outside city lines, and the ticket price is higher.

Crucially, it only makes three stops between Dire Dawa and Dewele, compared to eight along the French line.

“The (Chinese) train doesn’t stop at any station near us,” said the young shopkeeper.

“The railway was built along small towns and districts, and people settled near the stations,” said Mulugeta Kebede, 70, a driver on the old train for four decades.

“There are places that cars can’t go, and the only means of transportation is the train.”

Ismail Khayad, deputy general manager of the ‘Dire Dawa-Dewele Railway’, said the new route did not service the region in the same way the French-built line did.

“People say the old railway is a blessing; the other one is… useless for us,” he said.

People have come to depend on the train as a bringer of food and other essentials, said Ayoub Asofa, 62, who mans the first stop after Dire Dawa, a shack about 10 kilometres from the city.

“This train is tied to the existence of the people,” he said.

“It will affect people’s daily lives if this train stops.”

Nostalgia and bitterness are evident among the railway workers of Dire Dawa, a pretty town with tree-shaded streets.

At the old train station, signs in Amharic and French — a language still spoken by some of the older railway workers — are a reminder of its storied past.

Ordered by Emperor Menelik, work on the line began in 1897 in modern-day Djibouti, then a French colony. The line reached Dire Dawa, 311 kilometres to the south, by Christmas 1902, and Addis Ababa by the summer of 1917.

Sitting at an economic crossroads, Dire Dawa was for a long time Ethiopia’s second-most populated city.

“It was the railroad that founded this city,” said Ismail.

But the railway went into decline in the 1970s with the rise of road transport and greater access to the sea via Eritrea, then part of Ethiopia.

Neglect, frequent derailments and a plodding pace saw the line fall into disuse. The Addis-Dire Dawa line was abandoned in the early 2000s, followed by the Djibouti leg.

Just 300 of its 2,500 employees remain, and the luxury sleeping cars that once ferried guests in style now lie rusting by the station.

The city, too, has deteriorated economically and socially over the years, said Ismail, who accused the Ethiopian government of having “abandoned” the railroad and its workers.

To keep these historic trains running, the original rail workshops are kept operational, manned by a few dozen technicians.

Some of the machinery is as old as the railroad itself.

“Elwell & Seyrig, Plaine St-Denis, 1903”, reads a steel plate on a particularly vintage machine operated by veteran technician Belay Mulu, who switches it on to prove it still works.

Today he relies on a newer model, but all parts are repaired and repurposed on site because they don’t buy spares, the 53-year-old said.

“We don’t have much work now, because there’s not much traffic,” says Berhanou Bekele, 60, who heads the “Towed Equipment Repair” department at the station.

Beyond keeping trains on the tracks, these workshops are a crucial service for the region, their tradesmen turning their skills to repairing equipment at hospitals and factories.

“There is no workshop like it” within 500 kilometres, said Woubest Arefe, who relies on technicians at the rail yard to build crucial parts for the detergent factory he manages.

“If it’s not here, either we have to bring it from China, which is very costly… otherwise we have to go to Addis Ababa,” he said, adding that would increase the overall cost.

The railway workers refuse to let their century-old know-how disappear.

“We have received it from our elders and we need to pass it to the next generation to preserve it,” said Ahmed Abdallah, a 53-year-old train driver. “People get old, but knowledge never gets old.”