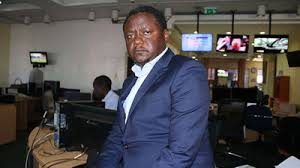 Its black Christmas for journalists working in the leading media houses in Kenya and indeed, East and Central Africa region as the management embarks on retrenchment to keep the company and its flagships in the region afloat.

In the notice, Gitagama warned that the changes would be ‘unsettling’ but necessary in building the NMG of the future.

In the changes, close allies of former editor-in-chief Mutuma Mathiu, who was in early November reassigned to the role of consulting editor and replaced by Joe Ageyo as editorial director, were booted out.

They included Kenya Editors Guild president Churchill Otieno, who has been head of news and managing editor.

Otieno was close to Mathiu.

Otieno previously worked as managing editor digital before being appointed head of development and learning. Broadcaster Mark Masai was also sent home in the restructuring the human resources department termed as “getting rid of high earners and joyriders”.

Masai’s removal, Weekly Citizen, has established, has to do with Ageyo who he fears he has a bright future and likely to take over from him. Ageyo is said to have personally pushed for Masai’s removal as part of his witchhunt mission and schemes.

Ageyo is also said to be using Sittoni to frustrate Mwinzi and Mutuma in their current positions to force them resign.

They are also out to tame journalist John Kamau, Wayua Muli and Harry Misiko.

But what many fail to understandis that Ageyo was also pro-Azimio and even imitates Raila Odinga while speaking.

Ever since his arrival at Nation, Ageyo has constituted a kitchen cabinet of five commonly referred to the Dreaded Five or D5. Apart from Ageyo and Sittoni, others in D5 are Monicah Waceke Ndungu, Kudrat Sehghal, just to name but a few. As Weekly Citizen reported, Nation Media Group is bending backwards to appease the political lords in State House, who have reportedly demanded the exit of journalists seen as hostile to the establishment.

Curiously, when Mathiu was pushed out of the company’s seniormost editorial role, the first Kenyans to celebrate were prominent Kenya Kwanza backers such as digital strategist Dennis Itumbi and prominent lawyer Ahmednassir Abdullahi.

Sources at Kimathi Street[1]based media house revealed that more Azimio leaning journalists will be sent home in the exercise.

And as Nation sends scribes home, its biggest competitor, Standard Media Group has been forced to delay the retrenchment due to lack of money to pay those sacked.

The company owned by former Baringo senator Gideon Moi and former president Daniel arap Moi’s aide, Joshua Kulei, is said to be in the red, with employees’ salaries being delayed for months.

The journalists at Standard Group have now gone for three months without receiving their salaries – indicating the precarious fiscal situation the company finds itself in.

Journalists at the media house feel demotivated and demoralised, with the cash crunch seeing the NSE-listed company request various journalists to work from home, as they struggle to get to work considering transportation costs and other expenses.

Two months ago, the company disclosed plans for a new round of mass lay-offs targeting over 200 employees, including journalists who form the bulk of its payroll.

The September 30 circular sent to staff members by chief executive Orlando Lyomu indicated the layoffs were necessitated by Standard’s shift to embrace technology alongside other cost-cutting and restructuring objectives.

But the mass lay-offs has stalled as it would inevitably be an expensive affair for a company already struggling to pay salaries.

At the Royal Media Service, proprietor SK Macharia is also considering a retrenchment exercise as he seeks ways of pleasing Ruto, whom he vehemently opposed in the elections.

Macharia was among key financiers of the ODM leader and Ruto has reportedly vowed to teach him a lesson by denying his company government tenders.

UN ‘appalled’ by massacre of civilians in eastern DR Congo