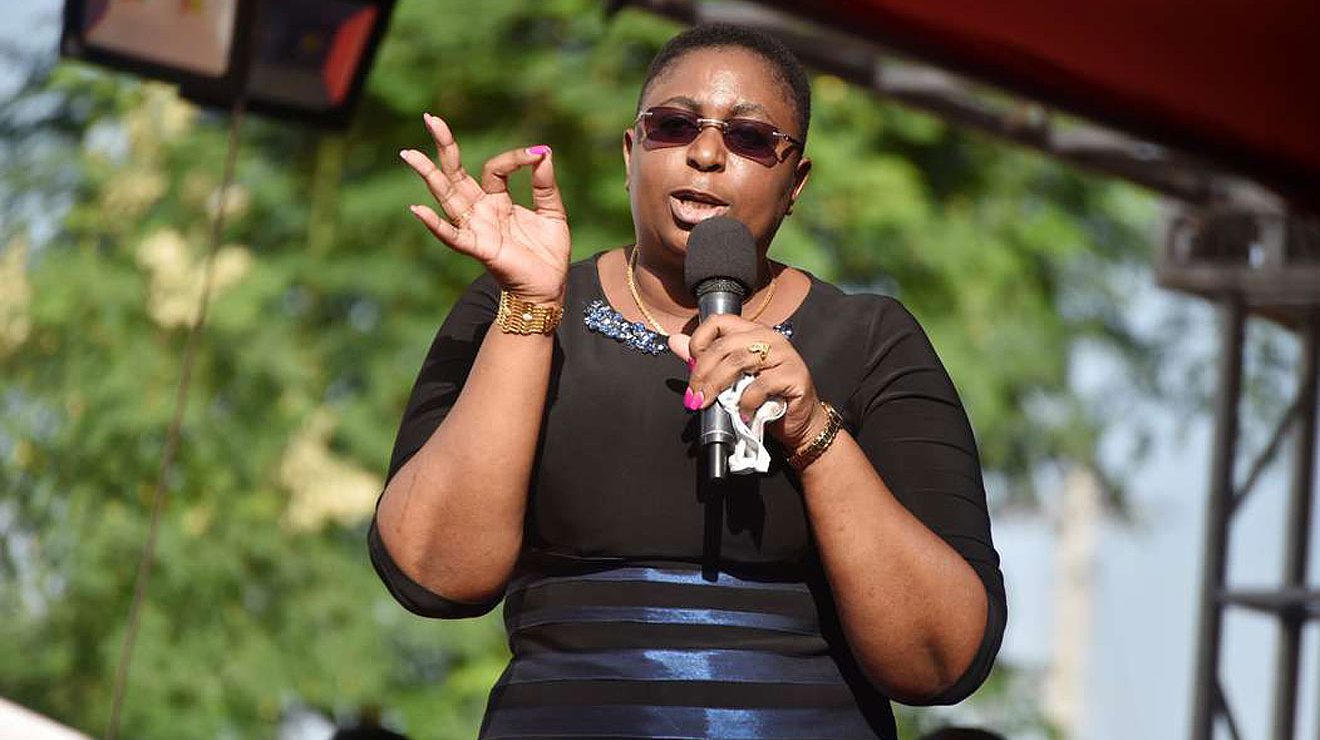 Malindi MP Aisha Jumwa at a past event. PHOTO | FILE

A slip of the tongue by Public Service CS Aisha Jumwa left many in stitches during an ented attended by President William Ruto in Kwale.

Jumwa, at the beginning of her speech, referred to the Head of State as the Deputy President.

Also read: I have never been dumped! Tanasha Donna brags about leaving Diamond

Ms Jumwa ditched ODM and unsuccessfully contested for the Kilifi gubernatorial seat on a UDA ticket.

He lost to ODM’s Gideon Mung’aro.

A fearless and outspoken politician with a controversial touch, Jumwa is known to speak her mind amid doubts over her academic qualifications.

She is believed to be a close ally of President Ruto, having stood by him through thick and thin when he was deputy president.

Jumwa started her political career in 2022 as a Councilor for Takaungu Ward, a position which is now referred to as Member of County Assembly (MCA).

She also served as chairperson of Kilifi Town Council in 2007 before taking a break to concentrate on her businesses.

Ms Jumwa made her debut in national politics in 2013 when she ran for Kilifi Woman Representative and emerged victorious.

Also read: Where is he? Mystery of missing comedian, Kianangi

In 2017 she successfully contested the Malindi parliamentary seat on an ODM ticket but later fell out with the party structures and shifted her allegiance to the Jubilee government of former President Uhuru Kenyatta.

Her actions completely severed her ties with ODM, and she gradually transformed herself into then Deputy President William Ruto’s most loyal ally.

248 pregnant Candidates in Narok to sit for Exams » Capital News

We spent 250K on our Wakanda outfits – Nairobi News