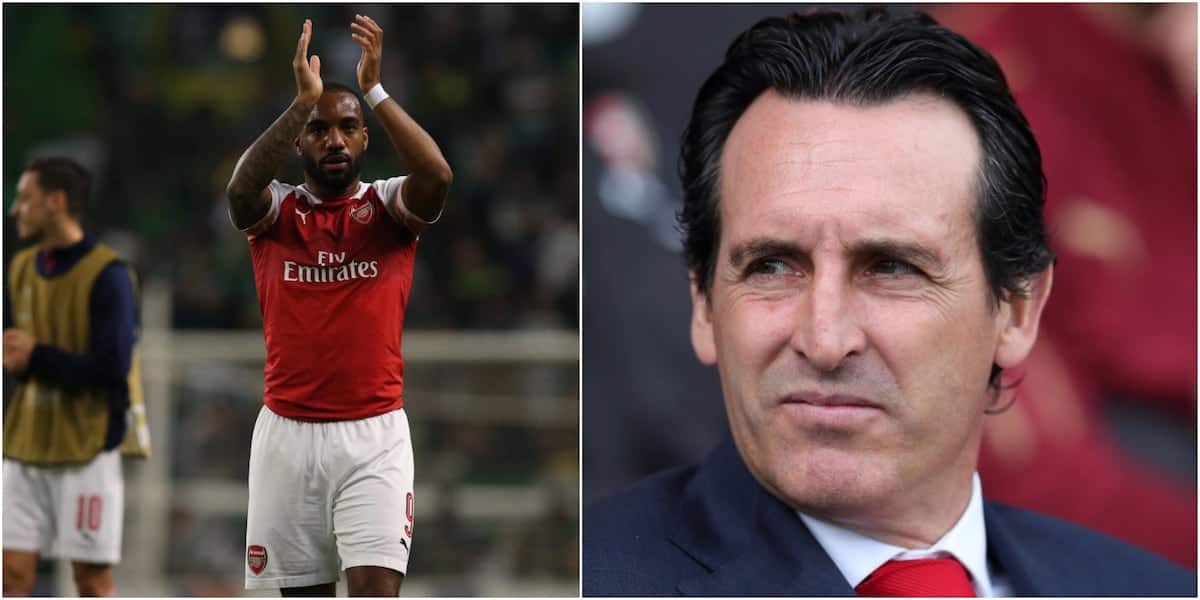 Unai Emery has disclosed a hamstring injury sustained by Alexandre Lacazette during Arsenal’s 2-2 draw with Tottenham on Sunday, September 1, is not serious.

Lacazette was among the goalscorers in the match, before being replaced with Henrikh Mkhitaryan in the 67th minute with an apparent injury.

Tottenham appeared to be in control of the clash after Christian Eriksen and Harry Kane giving the visitors a two-goal lead inside the opening 40 minutes.

But Lacazette pulled one back for the home side moments to half time with an exquisite solo goal, before Pierre-Emerick Aubameyang scoring the equaliser to end the match 2-2.

Shortly before Aubameyang’s 71st minute leveller, Lacazette could be seen clutching, in a situation that saw Unai Emery introduce Mkhitaryan to replace the Frenchman.

But when asked about a possible injury for Lacazette after the match, Emery said: “Yes, I think so. It’s not [severe].”

The 28-year-old now faces a race against time to regain full fitness ahead of his side’s next Premier League clash against Watford.

Meanwhile, the draw saw the Gunners drop to fifth on the log with seven points, behind Crystal Palace who are fourth but with a superior goal difference.

Federer motivated by chase for records