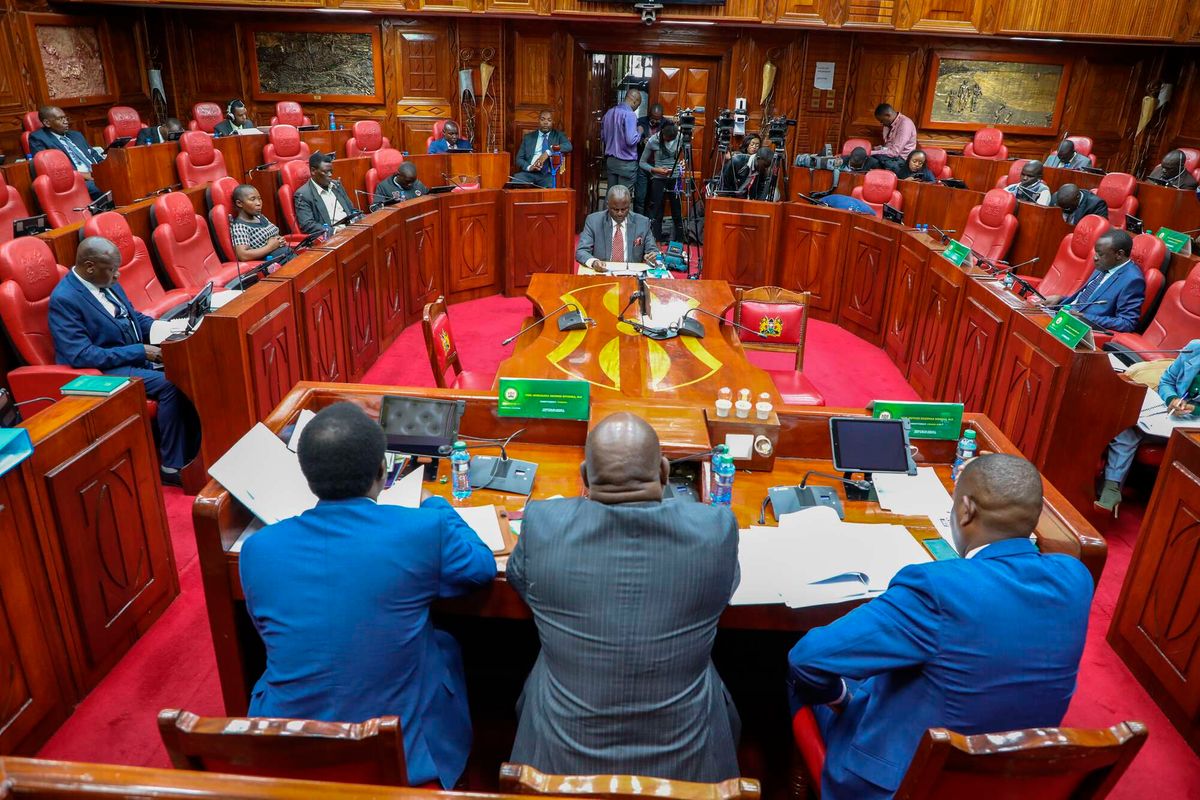 Lawmakers allied to the Raila Odinga-led Azimio la Umoja One Kenya Coalition and lawyers representing four commissioners of the electoral agency yesterday walked out on a House committee hearing a petition seeking the removal of the commissioners from office.

Led by Minority Whip Junet Mohamed, Azimio lawmakers termed the hearing illegal, adding that it was being done hurriedly.

The National Assembly Justice and Legal Affairs Committee started hearing four petitions seeking the removal of Independent Electoral and Boundaries Commission (IEBC) vice-chairperson Juliana Cherera and commissioners Justus Nyang’aya, Irene Masit and Francis Wanderi on grounds of violation of the Constitution and a breach of their oath.

However, the hearing turned into a political duel, with Azimio MPs and their Kenya Kwanza rivals trading verbal barbs on the legality of the process.

The three later held a press briefing where they termed the hearings a revenge mission by President William Ruto and his allies (See separate story).

“This committee wants to non-procedurally remove commissioners from office. We are in a hurry to score cheap goals in order to please political masters. We will not participate in this illegal process,” Mr Mohamed said.

“We have privileged information that the four were approached by a Cabinet Secretary to resign voluntarily and get paid their dues but they declined. That is why this petition has been brought to Parliament.”

In a Wednesday letter to National Assembly Speaker Moses Wetang’ula, Mr Mohamed challenged the ground rules made by the committee chairman with regard to the petitions.

He challenged the time allocated for the lawyers representing the commissioners, the powers of the chairman, and treatment of evidence, among other preliminaries.

The minority whip asked the Speaker to determine 12 issues.

“The rules drafted by the committee amount to an unlawful amendment of the Standing Orders without the input of the House and procedure committee,” the letter says.

Mr Danstan Omari, who is representing Ms Cherera, kicked up a storm when he talked of a plot to kick out the commissioners in order to extend IEBC chairman Wafula Chebukati’s term.

Mr Omari talked of a scheme to deny Ms Cherera a chance to lead the IEBC in an acting capacity when Mr Chebukati’s term ends in January.

“There is a deliberate political attempt to stop the handing over of power to Ms Cherera. I want to urge this committee not to fall into that trap,” Mr Omari said.

Mr Jotham Arwa, who is representing Mr Nyang’aya, said the committee has no jurisdiction to hear the petitions, adding that other constitutional procedures have not been exhausted.

“The petitions violate Standing Order 223, which provides that a petition cannot be admitted to the hearing unless it indicates whether efforts have been made to have the matter addressed by a relevant body and whether there has been the response from that body or whether the response has been unsatisfactory,” Mr Arwa said.

He added that the petitioners should have raised the matters with the IEBC and the Public Service Commission first.

MPs pick team to help them anchor CDF in constitution

Nairobi land rates to double from January next year