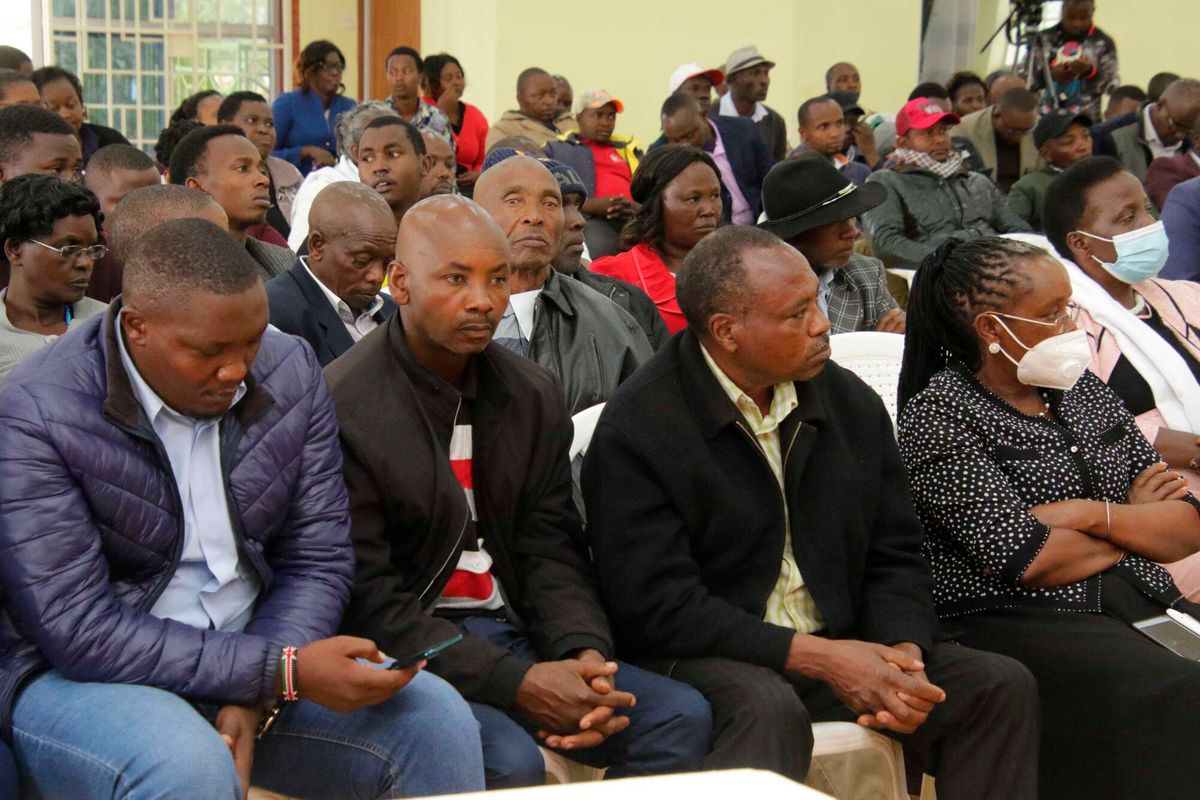 The Sh50,000 upper limit for loans under the proposed Hustlers Fund is too little, MPs allied to the Raila Odinga-led Azimio la Umoja One Kenya Coalition said yesterday.

The announcement of the fund’s loan limit and the interest rate has elicited varied reactions.

“There is nothing unique about the fund. The Hustler Fund was a Kenya Kwanza campaign ploy that was at the heart of the bottom-up economic model narrative. The narrative has collapsed and they have gone silent about it,” said Vihiga Senator Godfrey Osotsi. He added that it compares with already existing funds such as Uwezo and the Women Enterprise Fund.

However, politicians allied to President William Ruto defended the fund. Aldai MP Maryanne Keitany said the proposed amounts will serve their purpose because mama mbogas and small traders borrow from digital lenders at 1 per cent per day.

Further, she said, the amounts borrowed are little – up to Sh10,000 or slightly more – and so there is no reason to doubt the government’s seriousness in uplifting the “hustlers”.

“They said there will be no interest, now they have put the interest at 8 per cent. What is the difference between this and Fuliza?” asked Mr Sifuna, adding that it is not what hustlers were looking forward to. “Imagine being given Sh500 to upgrade your business. What is that? Let them just leave Safaricom to run their Fuliza,” he said.

Economist Mohamed Wehliye said the loan limit is too small, yet it is meant to be a capital loan to start or expand businesses. He said the Hustlers Fund cannot be compared to Fuliza and other mobile lending facilities, which are pre-approved overdrafts used by traders to manage liquidity.

“You cannot borrow from the Hustler Fund on a daily basis the way you borrow from Fuliza. In my opinion, a maximum ticket of Sh50,000 for hustlers and hustler MSMEs (micro, small, and medium enterprises) for loan capital is, therefore, too small to make an impact,” said Mr Wehliye.

He also raised issues with the interest rate, saying it should have been capped at 5 per cent to be equivalent to the optimal inflation rate.

According to a Cabinet dispatch on Tuesday, the Financial Inclusion Fund, popularly known as the Hustlers Fund, is expected to be rolled out on November 30 and the loan limits will be a minimum of Sh500 and a maximum of Sh50,000.

The amount will depend on the borrower’s credit score and the interest is capped at 8 per cent per year. Individuals with poor credit scores will be charged higher interest and face penalties, while those who service their loans on time will have the advantage of lower rates.

During the campaigns, President Ruto said the fund would not charge any interest but changed his stance after taking office.

The objective of the fund, which will have a seed capital of Sh50 billion, is to promote lending mainly to the informal sector.

Embakasi North MP James Gakuya explained that the allocation of the loan amounts did not just come “from outer space” but was determined scientifically by the technocrats at the National Treasury and is within the range of the target population.