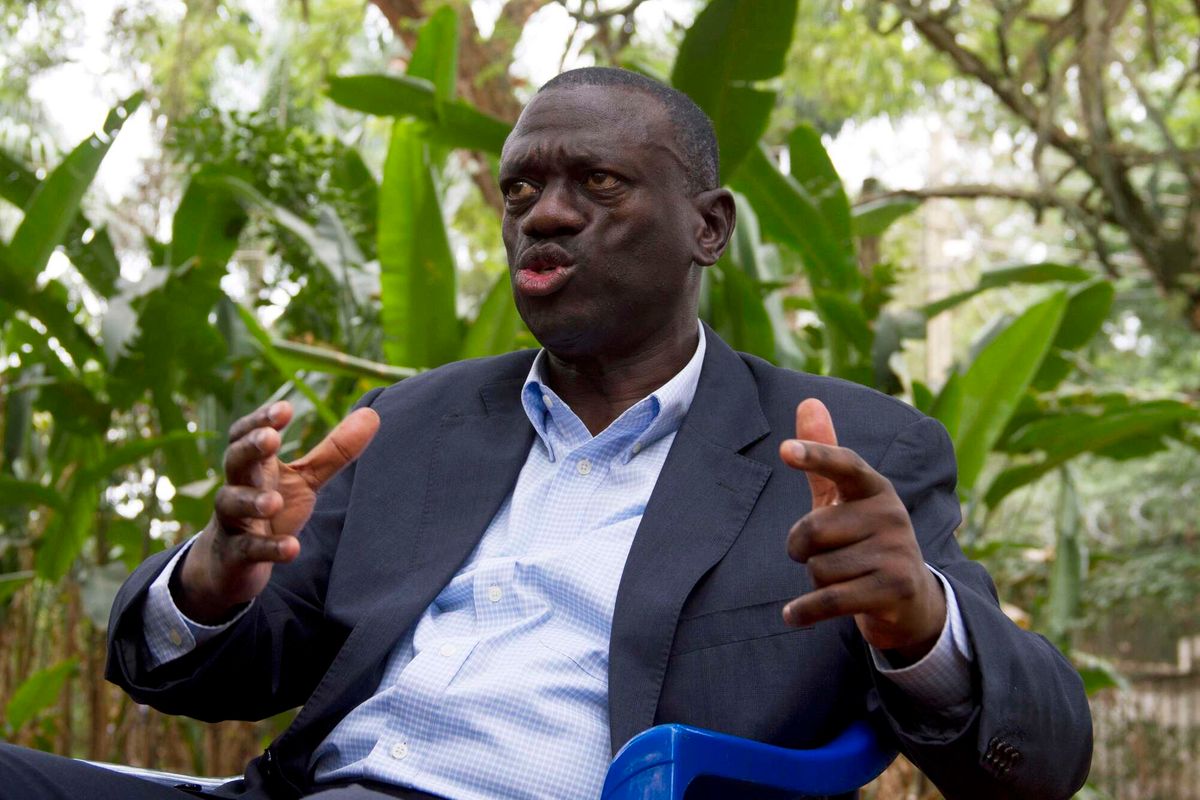 Ugandan opposition honcho Kizza Besigye has warned Kenyans against ignoring the debate of scrapping the presidential term limits arguing that it could be the beginning of a dictatorial rule.

Dr Besigye also asked Kenyans to be vigilant about what President Yoweri Museveni’s son General Muhoozi Kainerugaba is tweeting about the country as well as Uganda’s hand in the ongoing conflict in eastern DR Congo where Nairobi deployed its troops recently.

Dr Besigye said the process of clawing back Constitutional gains made usually begin by being dismissed before snowballing to a situation which cannot be corrected claiming that the current state in Uganda started like that.

“My advice would be that nothing like that should be taken lightly and frankly we consider Kenya is still itself in transition, democracy has not been consolidated. The significance gains that Kenya has made can be drawn back and they are drawn back by ideas that start in a way that they are dismissed,” he said.

Dr Besigye furthers said that a leader who rides on populists decisions is a dangerous one.

“Do not take these things lightly. Look out for all the danger signals that appear in populist actions that government may take which are not backed by real and strong policies rooted in the population. Any means of populism must be checked. Control of institutions, how institutions are run must be checked because institutions could be seriously be taken over.

“The capture of the state by putting their one person who start dismantling systems and appointments into the institutions that take place and by the time you wake up, the state is captured , you try to resist, you find yourself in jail until you’re powerless,” he explained.

Last week Fafi MP Salah Yakub had said (UDA lawmakers were working on a constitutional amendment Bill to replace the two-term limit with an age limit of 75 years although the ruling party top brass came out to disown him.

On Wednesday during the Kenya Kwanza Alliance (KKA) Parliamentary Group (PG) meeting at State House, Nairobi, President William Ruto urged the MPs to desist from engaging in trivial issues like the review of the Constitution to alter the presidential term limit.

“As President, I won’t participate in efforts aimed at mutilating the Constitution for parochial, selfish and personal interests,” said President Ruto.

At the same time, Dr Besigye questioned why President Museveni decided to promote his son for the remarks made against Kenya if indeed he was sorry for the tweets made by Gen Muhoozi noting that unless he is hiding something.

“We really find it hard to really understand what General Muhoozi thinks and his role because he is a serving officer, this tells you how our military is a captive of Museveni’s family hence an institution not functioning well. You cannot be a serving officer of an army, a disciplined force and you act the way Muhoozi acts because all those things he publish on his social media account which he has labelled as official.

“For head of forces to make such statements, he cannot be taken lightly. Whatever it is driving him to make such statements and so, we expressed great concerns about ourselves and expectedly Kenyans did not take it kindly. You can see what the response of Ugandan government was, to promote him (Gen Muhoozi) not trial, not to sanction him even if he was to be forgiven, at least, it should be through a formal process of appearing before a disciplinary process,” said Dr Besigye.

Gen Muhoozi had tweeted that it would take two weeks for him and his army to capture Nairobi. He went ahead to tell tweeps to suggest where he should live in Nairobi. He also said he would have wished Kenya’s former president Uhuru Kenyatta to seek a third term, saying he would have won.

Early last month,  President Museveni said, “I ask our Kenyan brothers and sisters to forgive us for tweets sent by General Muhoozi, former Commander of Land Forces here, regarding the election matters in that great country.

“It is not correct for Public officers, be they civilian or military, to comment or interfere in any way, in the internal affairs of brother countries. The only available legitimate forum is the Peer Review Mechanism of the African Union or confidential interactions among us or EAC and AU fora – not public comments.”

“Regarding the election matters in that great country. It is not correct for Public officers, be they civilian or military, to comment or interfere in any way, in the internal affairs of brother countries.”

Dr Besigye called on East African Community (EAC) to pay keen attention to whatever is happening in Uganda claiming that it is the cause for the violence going on in the Eastern DRC while claiming that Kampala plundered a lot of resources from Kinshasa hence it should not be involved in peace mission.

“In our region as East Africa, we all need to take interest in Uganda because Uganda is sore spot in the region. Tanzania has been changing its leaders peacefully, Kenya has been doing the same and Uganda has been exporting its violence in the region because do not forget Kenya has just deployed troops to Congo but the problem in Congo is related to the problem in Uganda.

“Uganda owes a lot of money to Congo for plundering Congo, taking soldiers into Congo and plundering it. Uganda was found guilty by International Court of Justice and people who plundered Congo are still in government,” he explained.

Dr Besigye added: “Congolese have been demonstrating on the streets against Uganda, why? The problem is, the people who go to Congo, go for other missions. Today, the biggest export earning of Uganda by far is gold. Last year, we exported gold worth USD 2 billion, the second export earning of Uganda was coffee which used to be the first, it earned us about USD 600 million. So gold is now about four times more than coffee in Uganda. So, where are our gold mines? You cannot see them.”

Besigye: People who go into Congo, also go for other missions