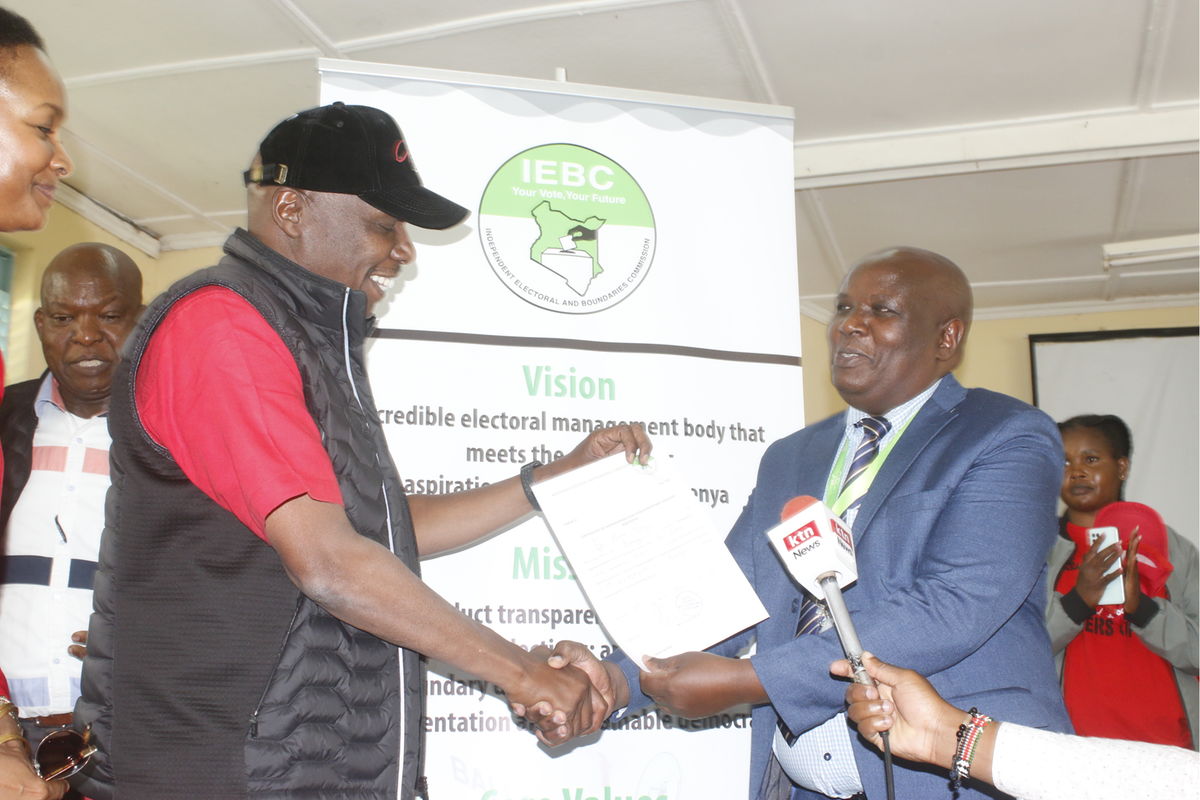 With one week before the General Election, a parliamentary candidate in Butere constituency has pulled out of the race and thrown his weight behind one of his opponents in their efforts to unseat the incumbent Tindi Mwale.

Mr Simon Mukhulu (Kanu) was among seven candidates cleared by the Independent Electoral and Boundaries Commission (IEBC) to vie for the seat.

He dropped his bid yesterday and announced his support for Amani National Congress (ANC) candidate Habil Nanjendo, claiming he had realised Mr Nanjendo was the front-runner in the race.

Mr Mukhulu said he had consulted widely before making the decision to boost Mr Nanjendo’s strength to unseat Mr Mwale.

He promised to present his letter of withdrawal to the IEBC so that his name could be removed from the ballot.

“I made this decision in the best interest of the people of Butere. I was cleared by the IEBC but I noted that in order for us to bring the desired change in the constituency, we must join forces,” Mr Mukhulu said.

“I believe that the leadership of my brother Habil Nanjendo can take our constituency to higher levels in terms of development.”

He handed over his manifesto to Mr Nanjendo, urging him to pick what he deems good for him and combine with what he has in order to improve lives and livelihoods in Butere.

Promising to deliver the seat, Mr Nanjendo pledged to work with all people to build a prosperous Butere.

He promised to combine Mr Mukhulu’s manifesto with what he has to propel his plans for the constituency.

“The combination of the two manifestos will bring great achievement and take Butere constituency far in terms of development,” he said urging voters to support his bid.

Mr Nanjendo, a former MCA for Marama West ward, unsuccessfully contested the Butere parliamentary seat under ODM in 2017 but lost to Mr Mwale, garnering 14,688 votes against the latter’s 18,235.

He had defeated the then sitting MP Andrew Toboso with 10,378 votes against the incumbent’s 8,448 in ODM primaries.

He challenged the General Election results in court but lost. He was slapped with petition costs of Sh3.5 million in favour of the IEBC and a similar amount for Mr Mwale.

Speaking when he received Mr Mukhulu at the Ituti grounds yesterday, Mr Nanjendo promised to empower the youth by spearheading more training colleges in the area.

“The major challenge facing our youth is unemployment. That is why my leadership will lay a strong foundation to prioritise technical training institutes to provide the youth with the required skills in life,” he said.

Mr Keya (UDA) dismissed claims by Mr Khalwale that he had also bowed out of the parliamentary race to support Mr Nanjendo.

“I don’t know where Mr Khalwale, who is my senator candidate in UDA, got the feeling that I should not be contesting in the Butere parliamentary race. He should stop misleading the people of Butere who are looking upon my leadership to salvage them from the bad leadership they are experiencing,” said Mr Keya.

He said he had met all requirements with the IEBC including presenting lists of his agents and was waiting election day to win the seat.

Judiciary to establish permanent Court of Appeal bench in Nakuru

Kamani counts positives as curtains come down on...