Boeing 737 Max could be grounded through holidays; flights cancelled 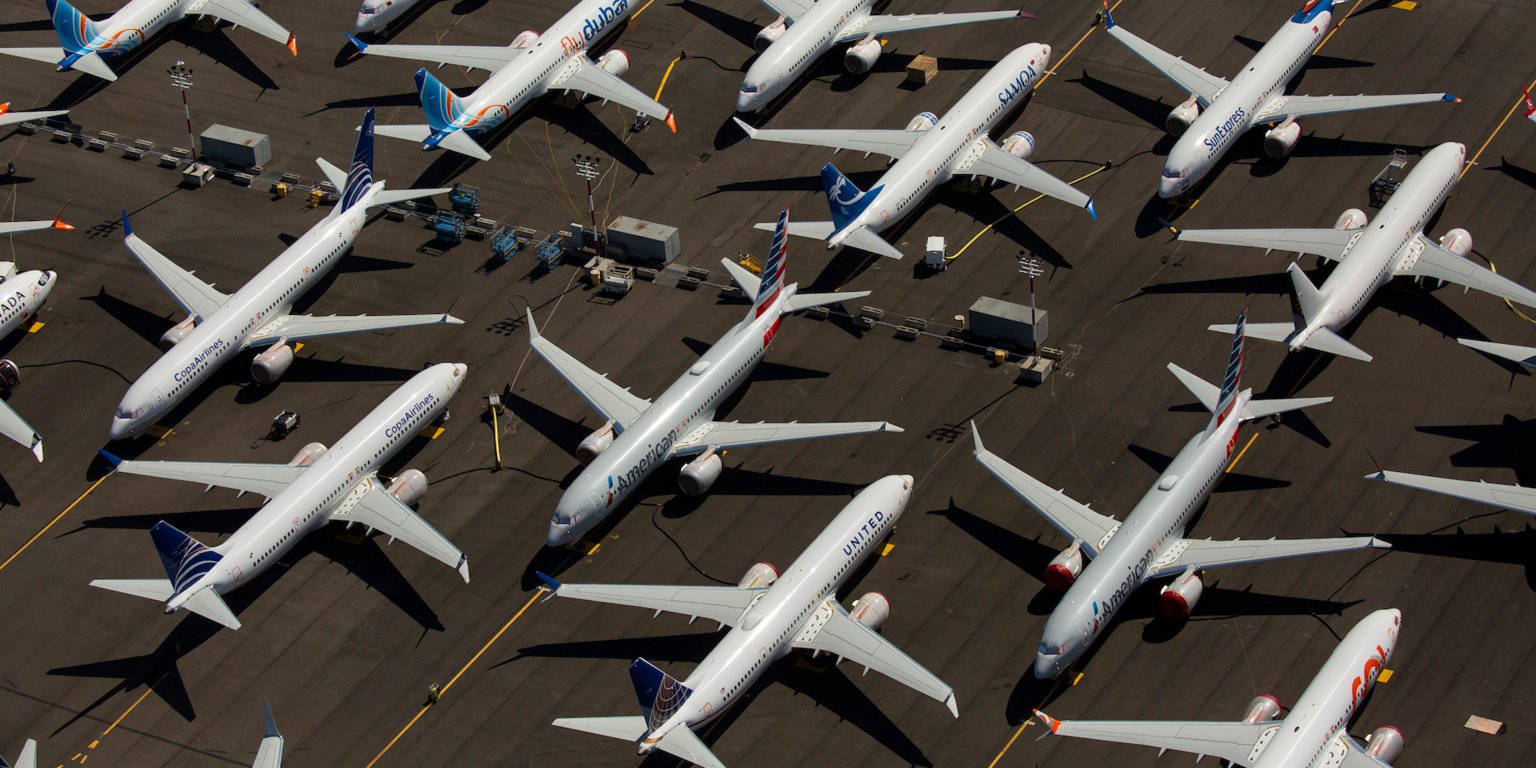 As the worldwide grounding of the Boeing 737 Max stretches into its sixth month, a new report suggests that Boeing’s estimate for a November return to the skies is in serious jeopardy.

Tensions between Boeing and international aviation regulators has threatened to add a new delay to the plane’s return, according to a report by The Wall Street Journal.

The latest complication comes after a Boeing briefing in August that was cut short by a group of international authorities, including from the US, Europe, Brazil, and other areas. The regulators complained that Boeing failed to provide adequate technical details and answer specific questions about modifications to the flight computers on the new generation of 737 jets.

Boeing was forced to resubmit documents outlining the software changes it is planning to submit for the jet’s recertification, according to The Journal’s sources, who include government and pilot-union officials. Those changes will be reviewed by the FAA prior to a follow-up meeting, at which point simulator exercises and flight tests of the final software can be carried out.

Even more delays are possible as new safety issues arise.

Boeing and the FAA have reported another potential flight-control issue in recent weeks relating to the flight computers, according to the WSJ report. Additional software changes should be sufficient to fix the problem, but additional testing will be required, according to two government and pilot union officials. The scope or scale of the latest issue was not immediately clear.

Read more: Boeing plans to hire hundreds of temp workers to help deliver grounded 737 Max airplanes, but the families of people who died in a crash involving the plane say not so fast

The 737 Max has been grounded worldwide since March, following the second of two fatal crashes. The first, which occurred in Indonesia in October 2018, killed 189 people. The second, on March 10 in Ethiopia, killed 157.

An unclear timeframe for return

Boeing CEO Dennis Muilenburg has previously said that Boeing expects to submit the final version of its proposed software fix to the FAA in September, with expected approval leading to the end of the grounding in early November; however, The Wall Street Journal’s sources said that the latest issue will likely add “several more weeks of delay that could significantly reduce the likelihood that many of the planes would be back flying passengers in North America during the Christmas holidays, as Boeing and some U.S. carriers have publicly projected.”

Airlines with the Max in their fleets have refrained from publicly estimating when the plane would return, removing it from their schedules one month at a time.

United and American have both announced new delays in the past several days — previously, the airlines had pulled the planes from their scheduled through the first few days of November.

Read more: A Russian company is suing Boeing for hundreds of millions of dollars over its 737 Max order, and it could be the first of dozens of similar lawsuits against the planemaker

Southwest Airlines — which operates the most 737 Max aircraft of any US airline — had previously pulled the jet from its schedules through early January, 2020.

Both American and United said that they expect cancellations due to the Max delay, though stressed that they plan to use spare aircraft and other methods to re-accommodate passengers.

“American Airlines remains confident that impending software updates to the Boeing 737 MAX, along with the new training elements Boeing is developing in coordination with our union partners, will lead to recertification of the aircraft this year,” the airline said on a dedicated webpage about the 737 Max grounding. “American is extending cancellations for the MAX through Dec. 3. By doing so, our customers and team members can more reliably plan their upcoming travel on American.”

American said it would cancel 140 flights a day through December 3, while United said it expects to cancel about 93 flights per day in November, and 96 per day December.

Airlines are — understandably — eager to return the planes to service. The grounding of their current planes, along with delayed deliveries from Boeing, have caused financial and operational impacts. While the limited series of schedule extensions hsa signified a cautious optimism that the jet will return to service this year, some industry officials have expressed the belief that it will remain grounded until 2020.

The August meeting was meant to give regulators a chance to dive into Boeing’s plans to improve safety by fixing an issue with the flight computer’s design, a process that could help speed up the review once Boeing submits the final package. That issue, that the jet’s design relied on a single flight computer — like previous versions of the 737 — could make the plane vulnerable to dangers caused by faulty sensors, such as what contributed to the two fatal crashes.

Read more: A Boeing 737 Max panel will reportedly tell the FAA to revise how it certifies new planes

Boeing has not publicly announced a change to its estimated timeline, while the FAA said that it “continues to follow a thorough process, not a prescribed timeline, for returning the aircraft to passenger service.”

Preliminary reports into the two crashes that led to the grounding — Lion Air Flight 610 and Ethiopian Airlines Flight 302 — indicate that an automated system erroneously engaged and forced the planes’ noses to point down due to a problem with the design of the system’s software. Pilots were unable to regain control of the aircraft.

The system engaged because it could be activated by a single sensor reading — in both crashes, the sensors are suspected of having failed, sending erroneous data to the flight computer and, without a redundant check in place, triggering the automated system.

The automated system, the Maneuvering Characteristics Augmentation System (MCAS), was designed to compensate for the fact that the 737 Max has larger engines than previous 737 generations. The larger engines could cause the plane’s nose to tip upward, leading to a stall — in that situation, MCAS could automatically point the nose downward to negate the effect of the engine size.