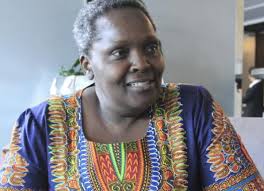 The embattled Maasai Mara University vice chancellor Mary Walingo has opposed a move by the prosecution to bring fresh evidence in a case in which she is charged with allegedly embezzling Sh177 million.

The prosecution argues the fresh evidence is a bombshell in the case.

Walingo raised objections by the state, after the former university chief finance officer Spencer Sankale took to the stand as the first witness in the case. Sankale told the court that he had been forced by Walingo to prepare a Sh100, 000 cheque for security and surveillance.

Walingo insisted that the money was ‘non[1]accountable’, telling him to ‘know how to go about it’ despite requesting proper documentation for the cheque to be drafted.

“She asked if I was first the accounting officer and on confirming my position, she told me to handle it and ensure her name does not appear anywhere in the cheque,” said Sankale.

Walingo insisted the cheques be brought forcing him to draft one for Sh100,000 as per request.

Sankale’s testimony was blocked by Walingo lawyers on grounds, the evidence was not in the initial witness statements.

The prosecution led by Terry Kahoro dismissed claims as an ambush.

The accused persons are facing 10 charges, including conspiring to commit corruption offences, willfully failing to comply with the law relating to the management of public funds, abuse of office and fraudulent theft and misappropriation of Sh177,007,754 public funds.

Here’s Why You Should Be Wary of Them : TechMoran

Standard Chartered Q3 net profit up 37pc to Ksh 8.7B