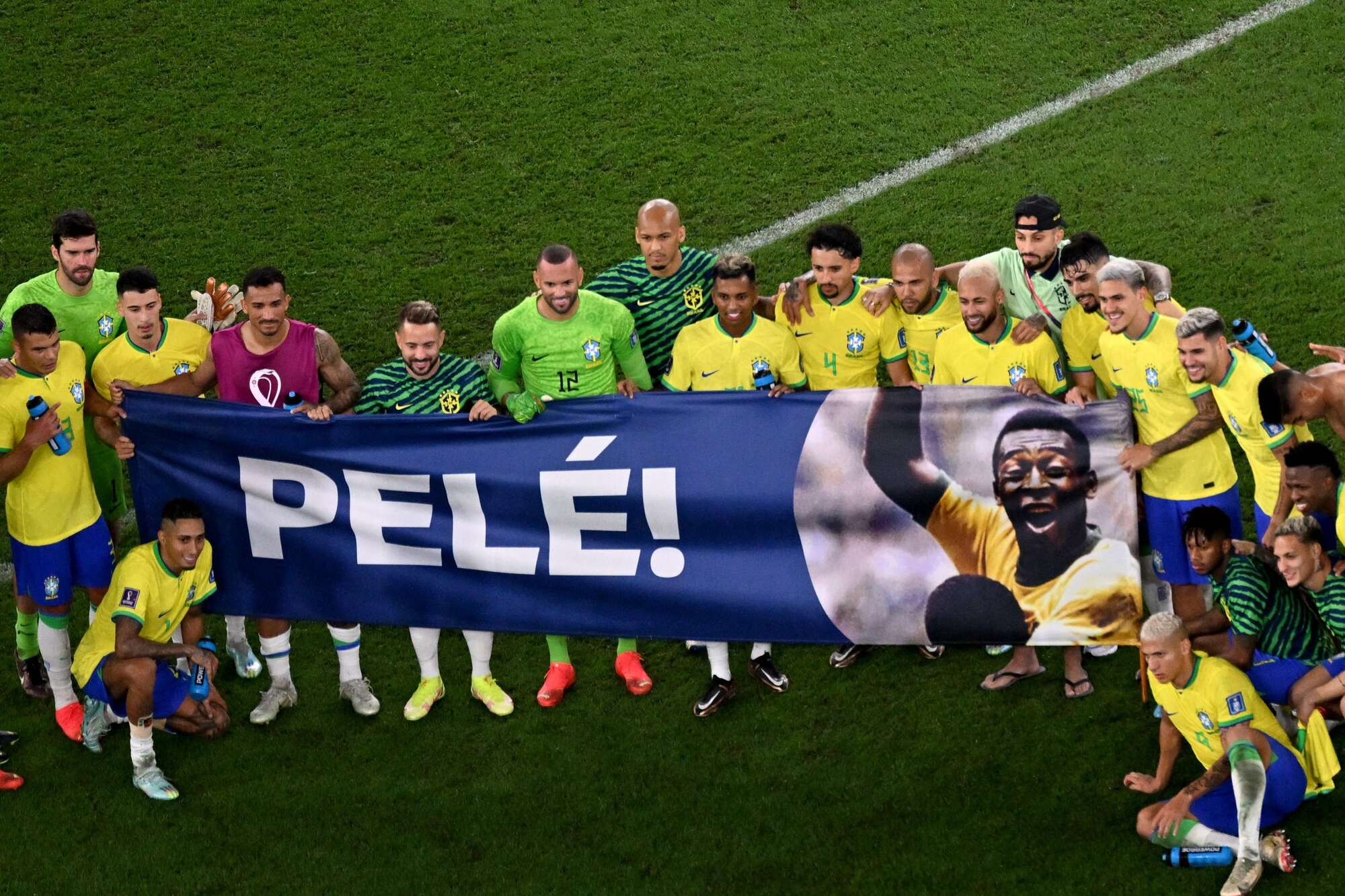 Brazil’s players paid tribute to football legend Pele, who is receiving hospital treatment in Sao Paulo due to his ailing health, after sauntering to a 4-1 World Cup victory over South Korea.

Following Monday’s last-16 match at Stadium 974 in Doha, the players unfurled a huge banner to the 82-year-old, widely regarded as one of the greatest players of all time.

“It’s hard to talk about what Pele is going through right now but I wish him all the best,” said Neymar, who made his return from an ankle injury to play most of the game.

“I hope he will be back in good health as soon as possible and that we could have at least comforted him with the victory,” Neymar told Globo.

Pele’s battle with colon cancer is providing motivation for the players to try to win a record-extending sixth world title — the first three of which Pele was part of.

“He needs a lot of strength from us and this victory is for him, so that he can come out of this situation and that we can be champions for him,” said Vinicius.

Neymar’s return gave Brazil a huge boost and they were on fire right from the first minute.

His 13th minute goal from the penalty spot took Neymar to within one goal of Pele’s record 77 strikes for Brazil.

But he admitted there had been moments after he was injured in Brazil’s opening World Cup match against Serbia that he thought his tournament might be over.

“When I got injured I spent a very difficult night. I was thinking of a million different things,” said Neymar, who added he had been “crying a lot”.

“I was afraid of not being able to play in this World Cup again but I had the support of all my teammates and my family who gave me strength.”

Richarlison paid tribute to the team’s talisman, saying Neymar’s very presence on the pitch makes the game easier for everyone else.

“I’m very happy about the return of Neymar. On the pitch he drags away two or three players creating space for the others,” said Richarlison, who now has three goals in the tournament.

Richarlison also praised coach Tite’s decision to rest almost the entire first team in their last group stage match, a 1-0 defeat to Cameroon after their progress to the knock-out stages was already secure.

“We played with intensity from the first minute and that was because we rested a part of the team in the last match, so you have to give credit to the boss,” said Richarlison.

Tite’s numerous changes meant he has now given the entire 26-man squad some action at the tournament, with even third-choice goalkeeper Weverton playing the last 10 minutes against Korea.

“The game was practically over when I came on, but no goalkeeper likes to concede a goal,” he quipped.