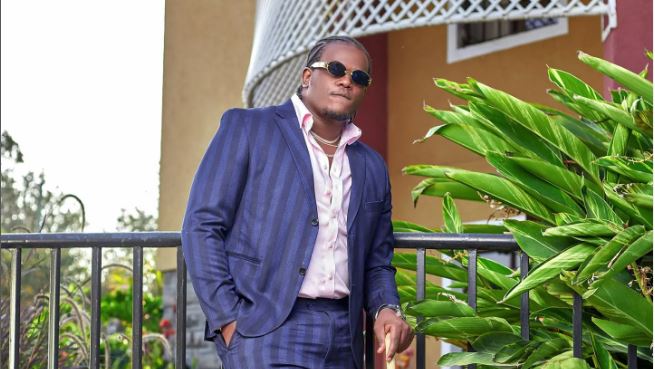 Kenyan rapper Breeder LW, whose real name is Paul Baraka has shared his opinion on how the Kenyan music industry is fairing and how artistes are being affected.

Speaking in an exclusive interview with Nairobi News, the bars spitting hip-hop crooner said that despite many artistes complaining about the pathetic state of the music industry in the country, he’s enthusiastic that things are picking up as compared to the previous two years.

He, however, stated that the only thing that strains artistes quite a lot is the nature of policies and structures in the creative industry.

“From where things were prior to this year, we are fairing well. It’s a matter of structures and having better policies for the good of artistes,” said Breeder.

Opening up about his journey as an artiste, the rapper disclosed that he had quite a good run thus far, but emphasized the need for policies to be keenly revised and reconsidered.

“My journey has been good, I can’t complain much. It’s just a matter of having better policies that favor artistes,” he added.

The Dagoretti-bred musical star also talked about his creative process and inspiration when making music saying that what makes him stand out as a rapper in the industry is his much invested time in research which enabled him to make his brand unique.

“A lot of research. Before I joined the music industry, I used to do a lot of research about how I can sound and look different. Also, my passion for music, is because aside from doing music as a business and a source of livelihood, I do it out of passion. I always think of music and new ways to be better,” Breeder reiterated.

As an artist, Breeder has managed to maintain a low profile regarding his personal life, only revealing glimpses once in a blue moon to his fans.

With his music-setting pace, Breeder has never felt the need to chase clout to sell his music or publicize his brand.

Speaking on the matter, the rapper said, “Clout chasing is part of the business. It helps in some way, but I would say that if it helps push your career, well and good, if it’s not your cup of tea, then don’t do it. I personally let my music speak for itself.’’

He added that many artists don’t chase clout yet end up winning prestigious awards. However, it does not mean that those who do so are doing a bad thing.

“Many artistes win Grammys without having to chase clout, but that doesn’t mean it’s a bad thing. If it works for you, then go for it, but don’t overdo it,” he said.

Rapper Breeder also disclosed that he would release a new EP – Extended Play – in a few weeks.

Exclusive: Bahati explains why he is focusing on music after losing Mathare MP seat