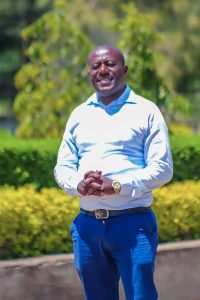 It was a big win for journalists based in Bungoma County as a number of landed jobs in Counties, corporate world and established media houses.

The journalists who a number of them have been earning meagre salaries in their respective media houses can now smile all the way to the bank.

The biggest beneficiaries are journalists from West TV and radio whom a number of its top cream presenters and field reporters left the busy news rooms to engage in other work.

Nandemu was instrumental in the growth of the media company after joining it in 2008.

He has overseen the growth of audience related programs and was also the station’s political analyst alongside his colleague Robert Ilukol.

The media house editor Nebert Wafula has also been picked as the personal assistant to Kanduyi Mp John Makali and he also doubles up as the senior research officer in the legislator’s Nairobi office.

Nebert was also one of the revered news presenter and doubled up as the field reporter for both TV and Radio.

He was once elected in 2018 as the Chairman of Bungoma Press Club a position he has held until his exit from the active media engagement.

West FM’s Kimilili and Tongaren constituency reporter Lilian Wamalwa has been employed and seconded to Kenya Bureau of Standards representing both the State and Parliament as the communication officer in the marketing department.

She was one of the key station’s reporter who was hard working and could not easily be supervised as she understood her role very well.

Dalmas Sakali a key political interviewer and a news presenter in both TV and Radio was porched by the KTN News owned by Standard Media Group.

Sakali who used to host a political show known as ‘Ngware’ is now the KTN News North Rift reporter based in Nakuru.

Another reporter Bramwel Bwire who was based in Kakamega and Vihiga Counties has also been employed by KTN News and is now the Nyanza region correspondent.

Bwire was once the media house reporter but was deployed to the field because of his experience to boost on the station’s listenership and TV viewership.

Those employed to counties include John Nalianya who is currently the head of communications at the county government of Bungoma.

Prior to his appointment, Nalianya has been the Star Newspaper reporter and previously worked as a Citizen TV reporter based in Bungoma County.

Another seasoned Journalist include Oti Oteba who is the public Communication officer in the governor’s officer.

Oteba has previously worked with West FM, Radio Mambo, Milele Fm, Standard Media Group, Nation Media Group, People Daily, education news, this publication and has been a top blogger with Horizon News where he was the director prior to landing his current job in Governor Ken Lusaka’s government. 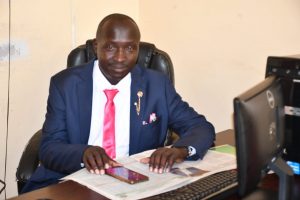 Other media personality who landed the communication job include Barbra Kakai a renowned radio presenter and Rhumba fanatic.

Kabindio previously worked at Star Times as the IT technician and also as IT tutor school of health science in Thika.

Another media guru Brian Ojamaa has been employed as the public relations officer in the national assembly speaker Moses Wetang’ula’s office in Nairobi.

Prior to his employment to parliament Ojamaa was the Nation Media Group Bungoma County’s reporter. He had been porched from Star Newspaper where he was the correspondent.

Soon a number of them will also be leaving the busy newsrooms to the corporate world.