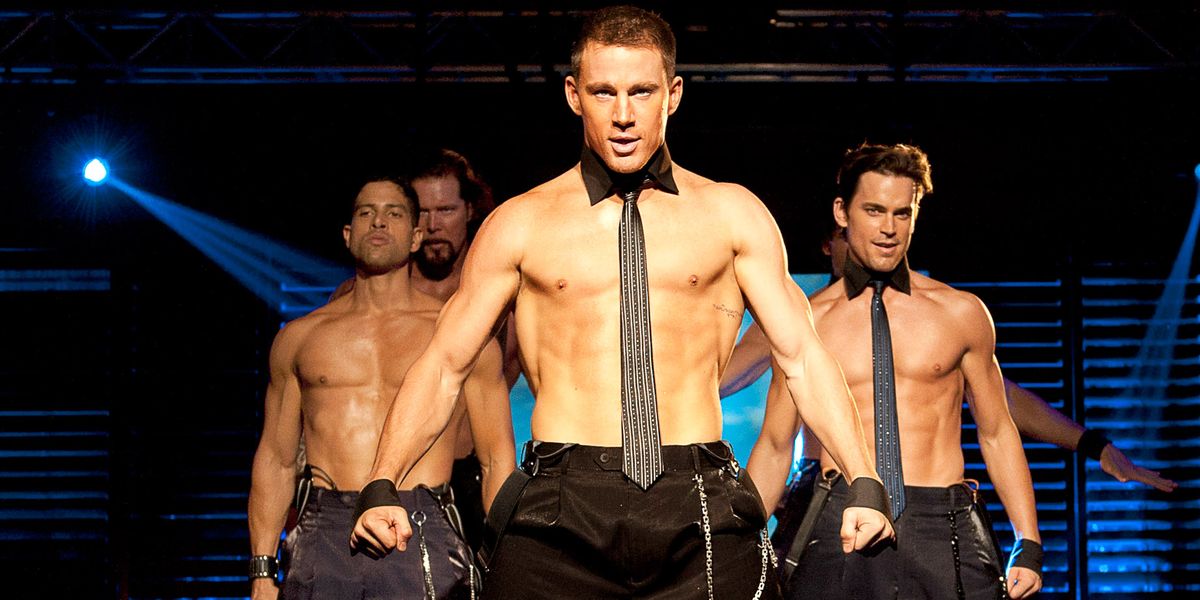 When you think about muscular bodies in movies and pop culture, there are a few standouts that immediately come to mind. Brad Pitt in Fight Club, Gerard Butler in 300, Hugh Jackman as Wolverine in the X-Men series, and of course, The Rock in anything. Then there’s the rare non-action movie role that prized muscles for straight-up sex appeal: Channing Tatum as Magic Mike.

Unlike other films that take actors from all types of backgrounds and force them to play outside of their comfort zones, casting Tatum in Magic Mike was an authentic move. Playing the lead role in the 2012 male stripper romp (and its 2015 follow-up) wasn’t outside of the actor’s range at all, since the concept for the movie came in part from Tatum’s experiences as a stripper when he was 18.

By the time the first movie came out in 2012, however, Tatum was already a successful actor. He might have had the moves to play a young stud dancer, but the body to match was going to take some work. Tatum linked up with trainer Arin Babaian, who knew he was in for a challenge when he met with Tatum to train for the first time.

“When I showed up, he was a little overweight, and didn’t want to work out,” Babaian told Men’s Health when we met with him at Tatum’s house in L.A. for a training session. “We had to change our plan. We turned our day into a fit lifestyle.”

Rather than just depending on one gym workout to transform his body, Babaian gave Tatum even more activities to keep him moving. The trainer explained what one of those healthy days looked like, with some help from Corey Jantzen, who worked with Tatum as a wrestling coach for the film Foxcatcher. Take on the day if you’re ready to get into stripper shape—just be sure to take it at your own pace.

Repeat for 4 rounds with no rest

Brett Williams
Brett Williams, an associate fitness editor at Men’s Health, is a former pro football player and tech reporter who splits his workout time between strength and conditioning training, martial arts, and running.
You Might Be Interested In
0 FacebookTwitterPinterestEmail

Inside the ‘Koita’ extortion gang of Eldoret