Home Business Cherera, Masit reject inclusion in petition to ‘save’ them
Business

Cherera, Masit reject inclusion in petition to ‘save’ them 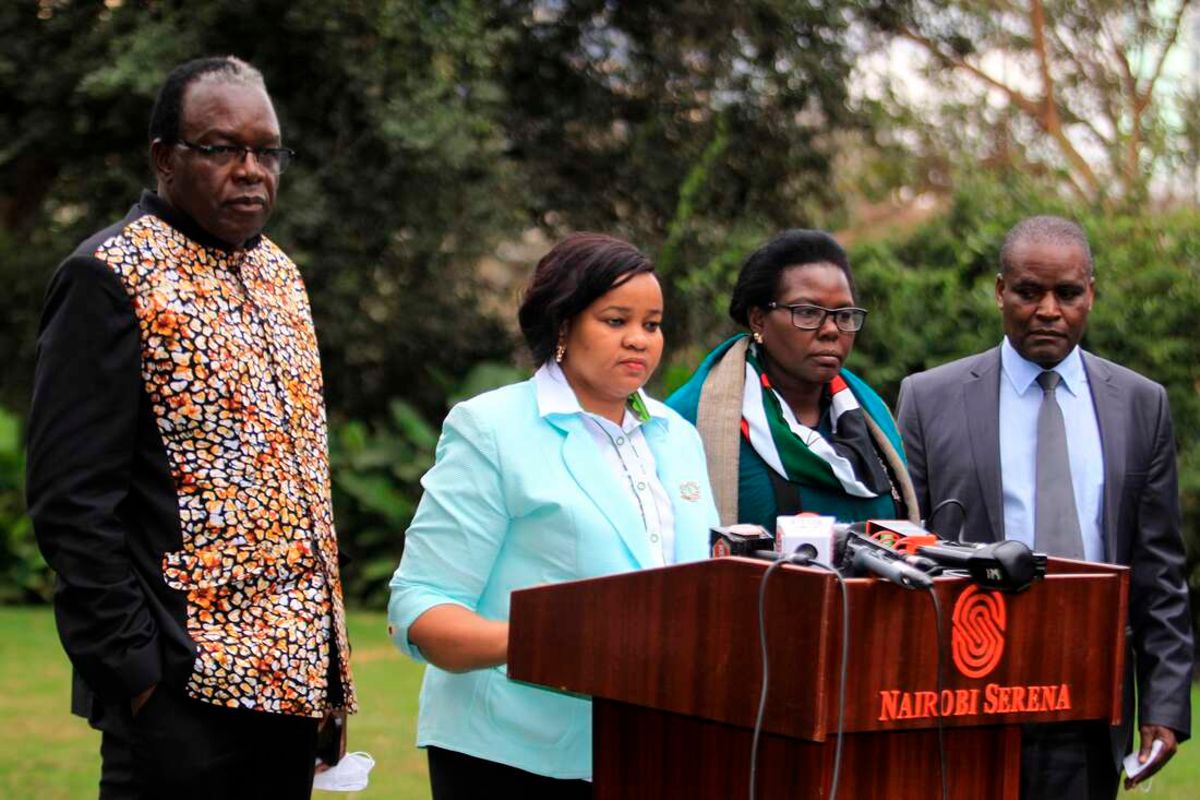 Two IEBC commissioners have opposed their inclusion in a petition seeking to stop a tribunal appointed to investigate their conduct and that of their two colleagues during August polls from starting its hearings.

Ms Juliana Cherera and Ms Irene Masit said they had filed a separate suit and enjoining them in the case filed by three Meru residents would prejudice its outcome.

Through lawyers Donald Kipkorir and Apollo Mboya, they urged Meru High Court judge Edward Muriithi to discharge them from the matter saying they did not know the petitioners or their motive.

“I do not want to be involved in this case, I don’t know the intentions of the petitioners, and we do not know where they came from… The petition refers to the removal of my client… If you give orders that will be adverse to my client, it prejudices my case before the High Court in Nairobi and before the tribunal,” Mr Kipkorir protested.

However, lawyer Mugambi Kiogora urged the judge to hear the petition by Philemon Munjuri, Godfrey Kinoti and Joshua Mwirigi, saying it was different from the one filed by the commissioners.

He said the matter was filed in public interest and in the interest of the rule of law.

“In our petition and our application we are seeking orders against the tribunal that was set up by the president, and if you look at the petition in Nairobi, it is not talking about those issues.

“This is a matter that should proceed here as filed. The three petitioners are Kenyan citizens and they have come to this court in defence of the Constitution under Article 3 (1),” implored Mr Mugambi.

Justice Muriithi declined to issue any orders and directed the National Assembly, the tribunal and the Attorney General to respond to the petition by the end of Friday.

He fixed the date for hearing of the motions on Tuesday so that the Milimani court could have the input of the Meru petition to consider during its hearing on Wednesday.

“This is a matter of great moment so the court cannot lightly issue orders either stopping the proceedings or in a way that allows the parties to leave without taking formal application and responses,” ruled Justice Muriithi.

The petitioners want the court to issue a conservatory order restraining the implementation of the Special Gazette No. 14890 of December 2, 2022 which announced the appointment of the tribunal by President William Ruto.

The tribunal led by Appellate Judge Aggrey Muchelule is mandated to consider the petition for removal of Ms Cherera, Mr Francis Wanderi, Ms Masit and Justus Nyang’aya as IEBC commissioners.

The petitioners also want the court to issue a conservatory order restraining the implementation of the report of the National Assembly on the petitions for removal from office of the four commissioners.

They urged the court to bar the tribunal from prosecuting, deliberating, recommending, forwarding or investigating the allegations contained in the petition by the National Assembly that was forwarded to the President.

Seven officials under probe over KCSE exam malpractice in Wajir