Congolese town to ‘disappear’ to give way for cobalt mines 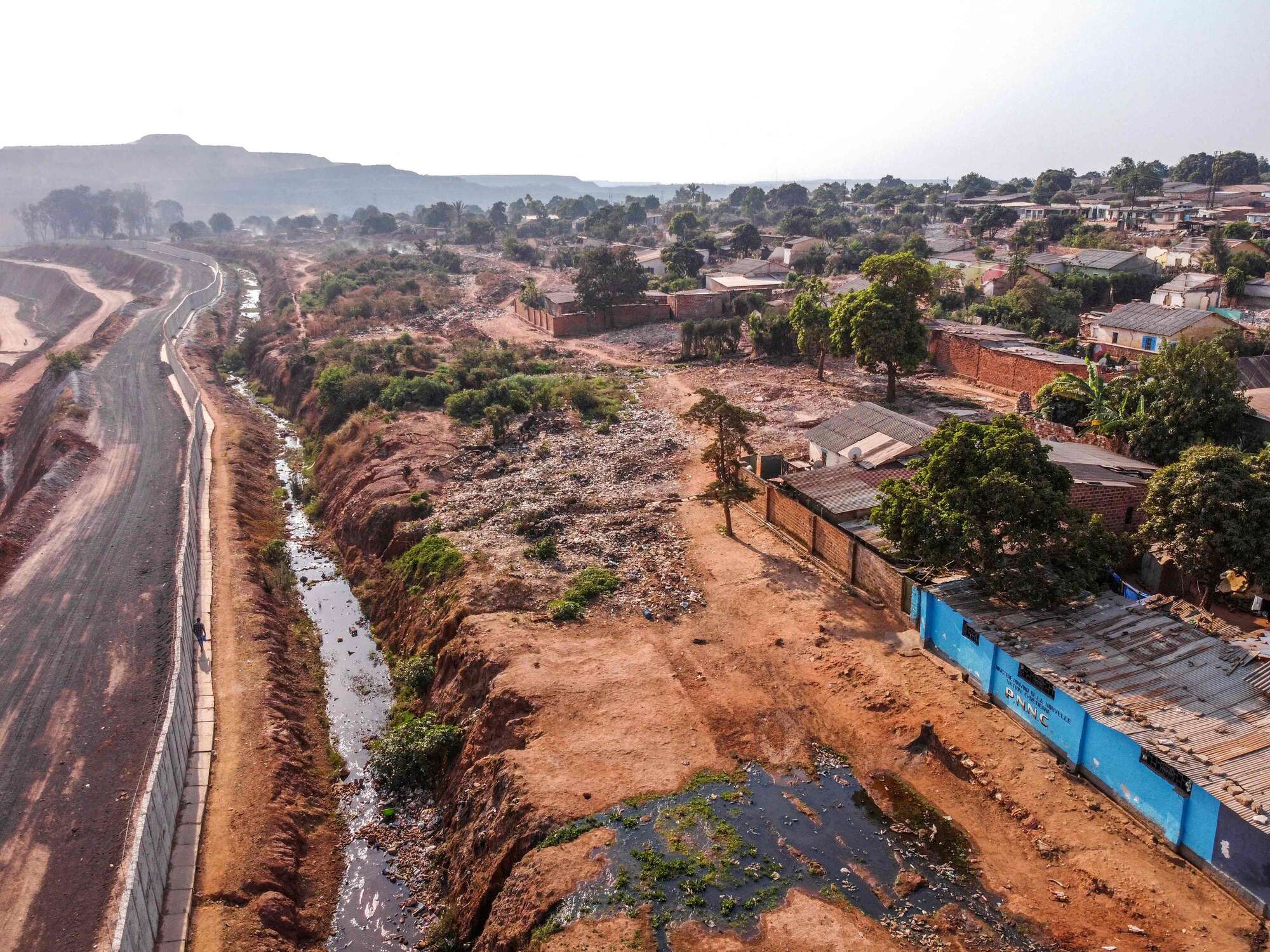 “We are finished,” said Alphonse Fwamba Mutombo, standing on a rubble overlooking an open-cast cobalt mine in Kolwezi, south eastern DR Congo.

His had once been a thriving neighbourhood of neat houses and tree-shaded avenues.

Today, the wreckage of demolished houses, separated from the sprawling pit by a concrete barrier, surrounds his cherished home.

The Chinese-owned mine wants to expand, and many of Mutombo’s fellow residents have taken buy-outs. Mr Mutombo does not want to leave. The 70-year-old is clinging on, hoping to secure a better deal.

“We live on top of minerals,” Mr Mutombo said.

But he had no delusions about what ultimately awaited his neighbourhood: “It will disappear,” he said.

Kolwezi, home to more than half a million people, sits atop some of the world’s richest mineral reserves — a treasure trove of copper, cobalt and gold that provide the motor for DR Congo’s economy.

The city is already ringed by a moat of industrial mines, a sandy moonscape of enormous open pits, access roads and pylons.

But mining is increasingly edging inside the city itself, uprooting thousands of people who often complain of unfair treatment.

Mining permits cover most of Kolwezi’s surface area, according to the Democratic Republic of Congo’s mining cadastre.

Kolwezi was founded in 1937 by the then Belgian Congo’s mining monopoly.

Seven years after independence in 1960, the monopoly was nationalised, eventually becoming a giant called the Generale des Carrieres et des Mines, or Gecamines.

As mining in Kolwezi flourished in the subsequent years, the parastatal built neighbourhoods such as Mutombo’s Quartier Gecamines Kolwezi for its workers.

Gecamines’ production collapsed in the 1990s after decades of mismanagement, but many of the neighbourhood’s remaining residents still have ties to the firm.

“Everyone’s gone, we’re the ones who are left,” said Martin Tino Kolpy Kapenda, a retired Gecamines employee, standing on the plot of what was once his neighbour’s house.

Some of the remaining residents fear the money on offer will not allow them to find similar-quality housing elsewhere.

Their district has reliable electricity and running water, a rarity in the DRC.

About 2,000 people out of 38,000 have left the neighbourhood within the last six months, according to city figures seen by the media.

An official in the city administration, who spoke on condition of anonymity, said the entire district may disappear within three years.

COMMUS is offering residents $7,500 to leave, the official said, although many of the remaining residents are asking for at least three times that amount.

A semi-abandoned housing estate several kilometres outside of Kolwezi has served as a warning to some about enticements offered to leave neighbourhoods opened up for mining.

A portion of that neighbourhood was razed to make way for a cobalt mine. In surrounding houses, many residents have taken to digging in their gardens for minerals themselves.

CDM built 21 houses for displaced Kasulo residents, but they say the firm never finished the work.

Muteba, wearing an oversized pinstriped shirt, said he once had a thriving bakery in Kasulo, but cannot replicate the business in his new location, which is relatively isolated.

There is also no running water or electricity, although pylons carrying power to nearby mines stretch over the housing estate. Only a few of the houses are now inhabited.

“They have to come and finish the work,” said Muteba, pointing to fetid green puddles in a ravine, where he and other residents draw their water.

“They take our minerals and develop their country,” he added, noting that he was losing hope after petitioning the government several times, without success.

“I wait only for death,” Muteba said.

Shanghai-based Zhejiang Huayou Cobalt, which owns majority stakes in both COMMUS and CDM, did not respond to questions.

A senior official in the local government, who asked for anonymity, said he thought it was “inevitable” that Kolwezi would one day disappear under expanding mines.

“This is the mess we live in,” said the official.