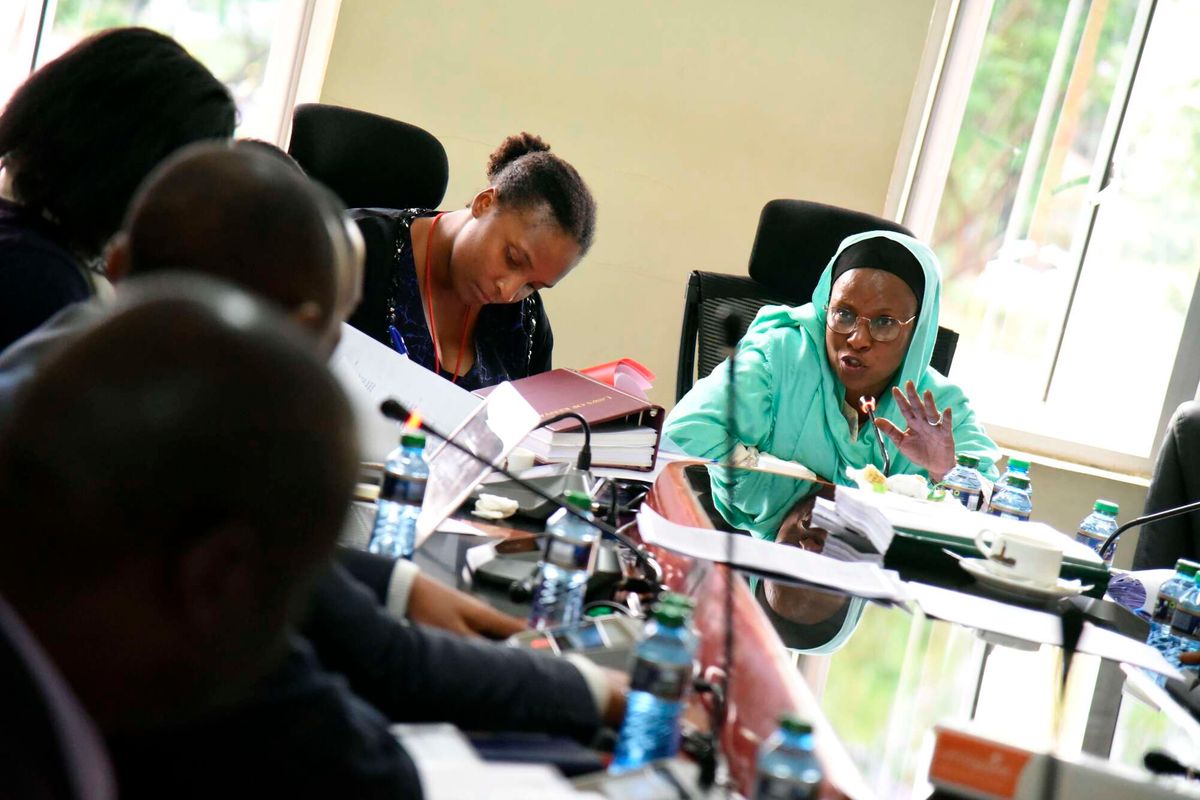 The standoff between the national government and governors over the Sh63 billion managed equipment services (MES) scheme persists, with governors dragging their feet over signing new contracts.

The seven-year deal has already expired with the national government extending the lease by another three years.

However, governors are yet to agree to the extension even though senators have allocated Sh5.2 billion to fund the new contract.

The allocation is contained in the County Governments Additional Allocation Bill, which is currently before the House for consideration.

Appearing before the Senate Committee on Budget and Finance yesterday, Council of Governors (CoG) vice chairperson Ahmed Abdullahi said no county chief has signed the deal.

The Wajir governor told the committee that although the Council has not taken a position on MES, some 26 counties have expressed willingness to extend the lease.

During a full CoG meeting on December 20, 2021, an MES review committee proposed a three-year extension in a report considered by the Council.

“CoG has not taken a position on this but we are aware that some 26 counties have expressed a desire to extend,” said Mr Abdullahi.

However, it emerged that devolved units continue to pay for the services.

The MES project was launched to provide Kenyans with uninterrupted health services regardless of their location.

Under the programme, the national government equipped at least two hospitals in each county as well as four national referral hospitals with state-of-the-art medical equipment.

Medical Services Principal Secretary nominee Peter Tum, during his vetting, admitted that the programme was disjointed and called for its review before the new contract is signed.

The Senate committee chairperson, Mr Ali Roba, questioned the governors on the content of the lease and how much was agreed would be deducted from the devolved units.

The former Mandera governor said an assessment of the needs of each county was not done before the supply of the equipment.

Mr Abdullahi urged senators to hold onto the Sh5.2 billion allocation until all the lingering questions are cleared.

“We don’t want to disrupt service delivery, but we will have to look at these questions hard and would be wiser for any new schemes,” he said.

He said although some equipment was supplied to the Coast General Hospital, there are other machines they would have needed as a matter of priority.

“In Mombasa, for example, we require something different from what was provided,” he said.

His Makueni counterpart Mutula Kilonzo Junior said the programme was opaque, with some counties forced to pay for equipment that they did not need.

“Someone comes to you and says that if you don’t buy this equipment, I will go with it. How do you account for that?” he posed.