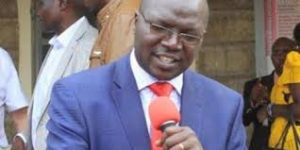 As Kenyans wait for the outcome in the probe of the multibillions dams scandal that hit the headlines for days, it is now coming to surface that powerful forces surrounding Uhuru Kenyatta have earmarked Japhet Rutere to take over as Water and Irrigation cabinet secretary in case the incumbent is implicated and finally shown the door.
But even as Rutere is being pushed for the position, many questions have been raised over his consultancy and capability to handle the position.
Rutere born in 1954 is a consultant chartered engineer with Integrated Partnership Consultants.
According to sources, he is connected to the Kenyatta family more so, Uhuru’s brother, Muhoho Kenyatta. He boasts to have vast experience in dams and water resources as an accomplished expert although a section of engineers we talked to dismissed it as just hot air.
At Integrated Partnership Consultants, he is the managing director and principal consultant of the firm.
According to sources, Rutere’s relationship with Kenyatta family started between July and December 2014. The Kenyattas employed him as consultant dams engineer for their Gicheha Farms Limited.
Gicheha Farms has farms in Rongai, Nakuru county, Ruiru in Kiambu and Mwatate in Taita Taveta. Reporting directly to Muhoho and Mama Ngina Kenyatta, Rutere earmarked seven prospective dam sites for Ruiru and Taveta farms.

The cost estimates of the two projects were Sh8.6 billion. Insiders say, this was the first major project Uhuru undertook for the family immediately he took over power.
The project design was done in March 2014 to December 2014. It involves design of seven dam sites with embankment sizes: 6m-30m, storage capacity not exceeding 1m-40mm according to documents an insider well versed with the happenings showed Weekly Citizen investigative team.
With the powerful First Family connections, Rutere has won lucrative government tenders in water consultancy minting billions.
This is despite the fact that his consultancy reports and outcomes have been questioned in certain quarters. For example, before Uhuru presidency in March 2012, Rutere was a consultant for ministry of Regional Development Authorities for Arror Dam development in then Marakwet distrct.
He was involved in dam body design review, geotechnical investigations, preparation of detail design report and drawings and above all preparation of tender, contract documents and budget cost estimates.
The current controversy surrounding Arror dam that involves Italian firms is traced back to Rutere. His consultancy has been retained todate in the construction. Why he did not raise eyebrows on the happenings, on site immediately the project started has left many wondering.
Our source revealed that, using his connections, Rutere has bulldozed and landed mega projects despite his firm emerging nowhere among the top three. Examples being given are tender by Kenya government and National Water Conservation and Pipeline Corporation. The cost of the project being Sh4 billion. It involved designing upper Narok Multipurpose dam.
The period was from November 2014 to 2015. It was awarded while still engaged with Kenyatta family project.
Another lucrative project he landed while with Gicheha Farm was that of ministry of Devolution in May 2014 that was to run to November same year. It involved design of three Nzoia Basin multi-purpose dams.
Key components in the irrigation project were hydropower, food mitigation and water supply. Ugunja and Ugenya are enlisted as composite dams; according to documents we were shown. The cost due of the project is estimated at Sh125 billion.
During the same period, the government appointed him the adviser for Kenya Water Security and Climate Resilience project.
It ran from July 2014 to September. It involves review of lower Nzoia Irrigation project. He was to design and work on tender documents. The estimate cost of the project is Sh100 billion. 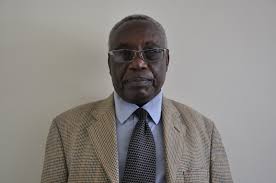 Rutere has also been involved in the controversial design of Multi-purpose Mwache Dam in Kwale county. The estimate cost of the project was Sh200 billion. It was undertaken by Kenya government under Water Security and Climate Resilience project.
In July to December 2014, he also landed a consultancy funded by the government and Lake Victoria North Water Services Board as team leader. It involved Dam safety evaluation studies, for Kipkarren and Eliigicini in Eldoret. The project was funded by World Bank at a cost of Sh23 million.
But what surprised many was the fact that the role Rutere played in arbitration consultancy to review the technical designs, tender documents and supervision management in a client’s battle with National Water Conservation and Pipeline Corporation where he had interests. The dam was Umaa. That was in mid 2012. The project is in Kitui.
The project stalled in January 2011 after the contractor invited Ethics Anti-Corruption Commission. NWCP involved a contractor who had no experience in building dams.
It is said Rutere entered into a deal to have SMEC Kenya Ltd carry out review of the design, check out on the the soundness of the existing structures and supervise the remaining works after NWCP engaged him. In the deal, Rutere is to pocket millions as he recommended Smec.
It is imperative to note, the same Smec International Ltd had employed Rutere for the position of team leader and senior dam engineer for there project in Rwanda. The Rwanda project involved feasibility study, detailed design and tender documentation of three irrigation water harvesting dams, land husbandry and hillside irrigation project for Minagri-Rwanda that was funded by World Bank.
Smec also engaged Rutere for the position of civil and hydraulies engineer for World Bank funded project in Malawi. The project was Kamazu (Livondo) Barrage Independent upgrading project.
Why Smec has been given Umaa dam project courtesy of Rutere as an arbitrator in the cash has left many wondering.
Our source revealed, Rutere is also engaged in lucrative tenders where he has conflict of interest.

One dead, one critically injured after bandit attack in Chesogon