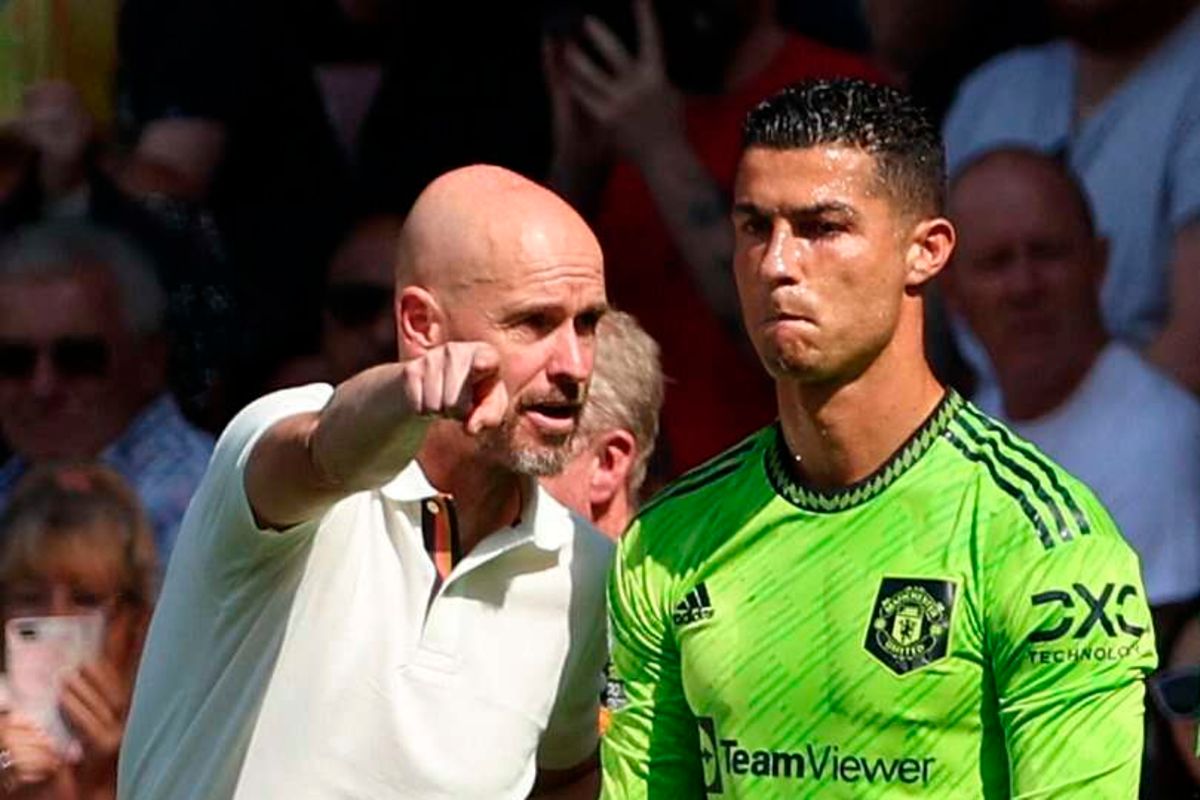 Cristiano Ronaldo has said that he hopes Arsenal win the English Premier League title if Manchester United don’t go all the way this season.

In the final instalment of an interview with TalkTV, Ronaldo said that he obviously wants United to win the trophy first, but said he wouldn’t begrudge the Gunners if they go all the way and win it.

Ronaldo claimed he was “provoked” by a lack of respect from Manchester United manager Erik ten Hag when refusing to come on as a substitute against Tottenham last month.

Ronaldo has been a peripheral figure on the field during Ten Hag’s first season in charge.

Ronaldo also responded to criticism after he refused to come on and left Old Trafford early during United’s 2-0 win on October 19.

“I think he did it on purpose,” said Ronaldo. “I felt provoked. I don’t have respect for him because he doesn’t show respect for me.”

The club responded by suspending the five-time Ballon d’Or winner for the Red Devils’ next match against Chelsea.

“I think it was a strategy from the club for me to react that way,” he added. “I was very, very, very, very disappointed for the communication of Manchester United.

“To be honest, I never had a problem with any club, with any coach and they suspend me three days, which I felt was a lot.”

In a statement on Monday, United said they will consider the club’s response to the interview once the full facts are established.

Former United captain Gary Neville said on Thursday that they now have no option but to rescind Ronaldo’s contract, which runs until the end of the season.

The 37-year-old was reportedly keen to leave the club even before the campaign began after United failed to qualify for the Champions League.

Ronaldo said he turned down an offer from Saudi Arabia worth 350 million euros ($364 million) over two seasons and dismissed claims there was a lack of interest from other European clubs.

“The garbage press say that nobody wanted me, which is completely wrong. I was happy here, I was motivated to do a great season here,” he said on staying at United

“But they continue to repeat: ‘nobody wanted Cristiano’. How are they going to not want a player who last season scored 32 goals including (for the) national team.”

Ronaldo revealed he hopes to keep playing until he is 40, but is looking forward to his fifth, and most likely final, World Cup in Qatar.

The tournament has been shrouded in controversy over human rights violations in the Gulf state and corruption claims in the bidding process.

But Ronaldo said the “focus” should be on the football for a first ever World Cup in November and December.

“We should focus only in football. The competition for people to enjoy,” he added.

“I see a good tournament to be honest. Qatar, they are prepared. It will be weird to play in the beginning of the season, but also a challenge.”

Ask HR: How should one prepare adequately for an interview?

Experiencing the world in brushes of colour