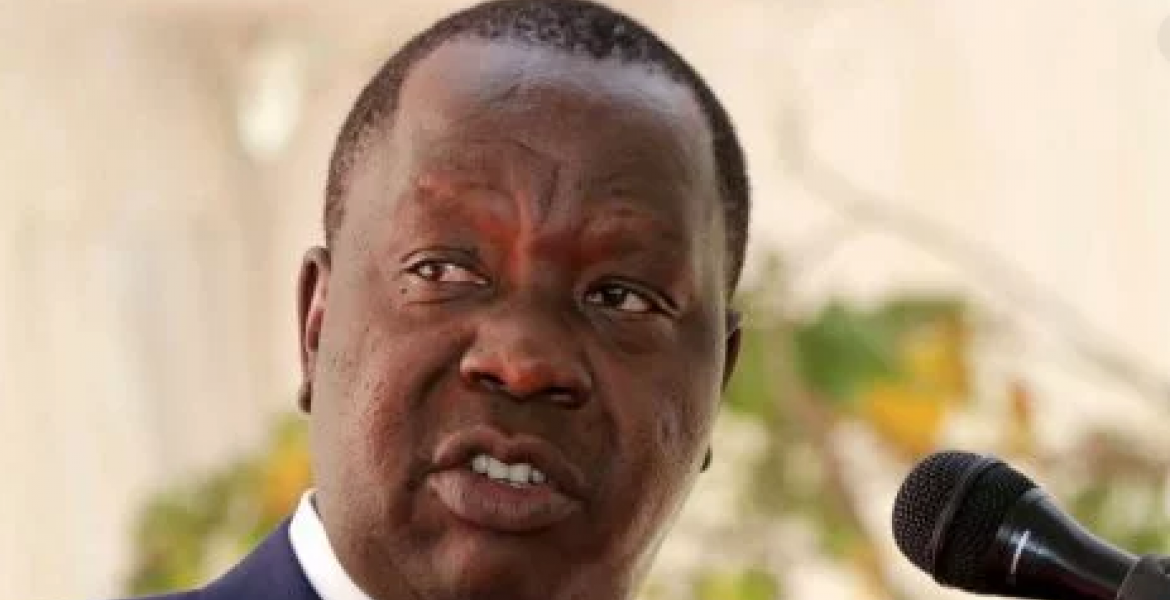 Interior Cabinet Secretary Fred Matiang’i has told Kenyans to ignore a fake gazette notice claiming that he had declared Monday, October 14th as a public holiday.

The notice that was shared on social media claimed that the day was made a public holiday to celebrate athlete Eliud Kipchoge’s exceptional success in Vienna, Austria on Saturday.

Kipchoge made history by becoming the first man to complete the 42-kilometer race in less than two hours, clocking 1 hour, 59 minutes and 40 seconds.

The gazette notice emerged after Kenyans online demanded to be given a public holiday to celebrate Kipchoge’s success in the INEOS 1:59 Challenge.

Taking to his official Twitter page, CS Matiang’i asked Kenyans to ignore the notice, saying it was fake.

“NOTICE TO ALL KENYANS. The notice attached is FAKE. Kindly ignore,” tweeted Matiang’i.

Kipchoge, who was assisted by an army of 41 pacemakers, enters the Guinness Book of World Records for successfully running the first sub-two-hour marathon.