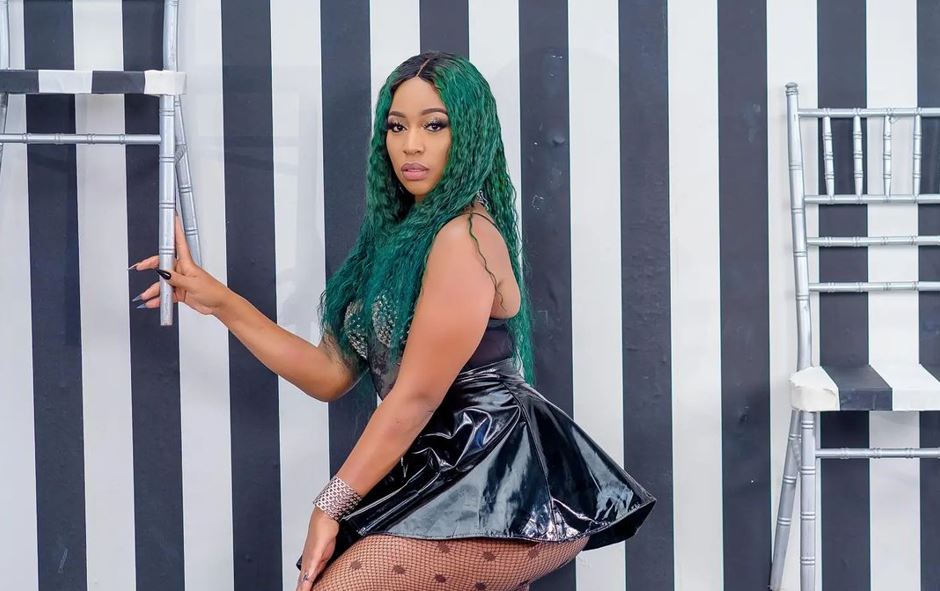 Content creator Diana Marua has responded after she was subjected to online ridicule and bashing for the better part of Thursday.

Diana B was a Twitter trending topic as tweeters sent out over 38k tweets reacting to a past video in which the YouTuber opened up about her past.

In the video, uploaded to her YouTube channel in 2020, Diana Marua confessed that she used to date multiple men for money.

“My life has not been rosy and I’ve done some things that I’m not proud to say but it was my life, it’s in the past. I used to date guys for money at some point in my life because I lacked the whole of my life to a point where all I wanted was a good life. All I wanted was to live well.

If you missed the confession at the time, we have got you covered HERE – Diana Marua Confesses To Being A Gold-digger, “All I Wanted Was To Live Well”

Later on Thursday, Diana B responded to the online attention she was getting by penning an open letter aimed at empowering the girl child.

“Dear Girl Child ❤️ I thought I should write something to speak to many Women and girls who follow Me and look upto me. Girls that have dreams but don’t know where to start but despite hardships, they still know what they want to become in Life. I Was just scrolling n’ checking to see what’s popping on Social Media and I was surprised I am Top trending on Twitter because of a video I posted years ago as I Dedicated to God a Mercedes Benz Gift 🎁 I had received from my Husband 🤩,” she explained. 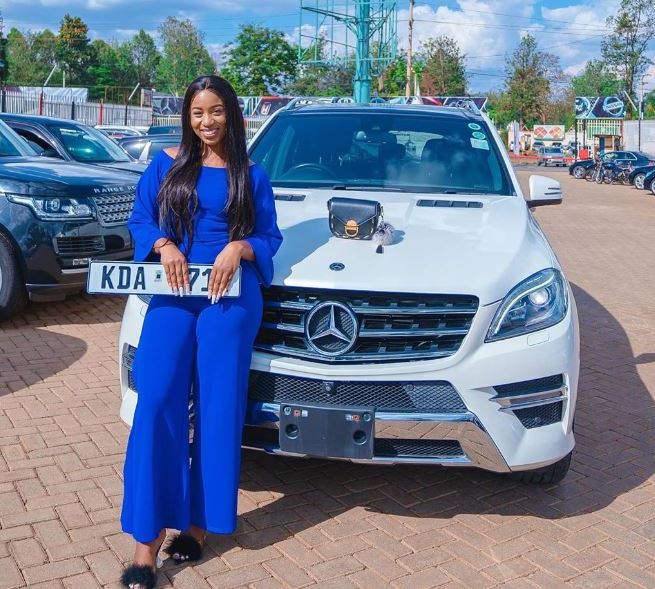 Diana B added that the reason she opened up about her past was to glorify God for turning her from a gold digger to an influencer.

“It’s still funny that some KO.T s are watching this today 🙂 (anyway Glory to God it means Team Diana subscribers and Numbers are Growing 🙏). LET ME GET TO THE POINT! Fellow Women and Girls the reason I opened up about my past in this Video is because God has lifted me as an influencer to inspire my Generation. And also I strongly believe that True Role models don’t only tell their sweet stories but the sad ones too. Mathew 5:14 is one of my favourite scriptures and it reminds that “a City on a hill cannot be hidden,” she declared. 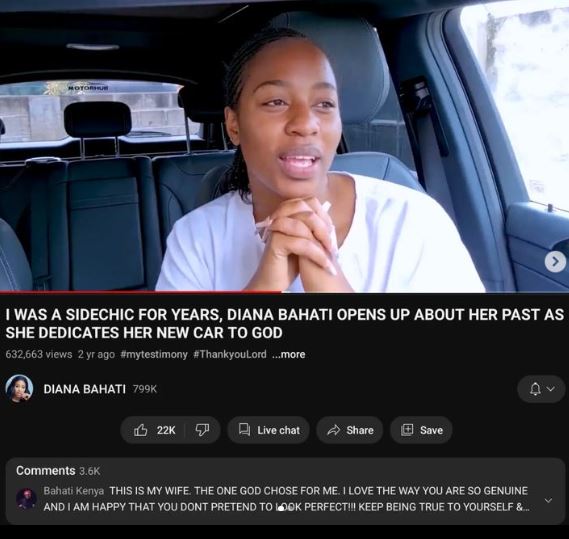 Diana B added that the only opinion she cares about is that of her husband Bahati.

“THE VIDEO LINK IS STILL ON YOUTUBE; Watch and share with fellow Women and Girls with Dreams of starting up their own families someday. Women who desire to accomplish their God- Given purpose. Let them know that’s very possible. Despite Knowing that the internet never forgets and the bloggers lazima waongeze Chumvi… I did this Video Not Caring how some People will say or judge Me (Of course I should only Care about My hubby not Keyboard warriors 😉🤩❤)

“I shared My story to Testify that Jesus can make every Woman’s wish come true. It pains me everytime I see our young Women lose hope and Bury their dreams as the society makes it look so impossible but if that was Diana 10 Years ago and today I’m a Proud Mother of 5, a Wife and Currently among the Most Followed Content Creators in Africa 🌍 TO THE WOMAN READING THIS DO NOT GIVE UP, WAKE UP AND FIGHT FOR YOUR DREAM- YOUR TIME IS COMING!!!” Diana B concluded.

Nancy Pelosi stands down as US House Democratic leader