Do not use banks for ‘Hustler Fund,’ Mt Kenya residents tell forum 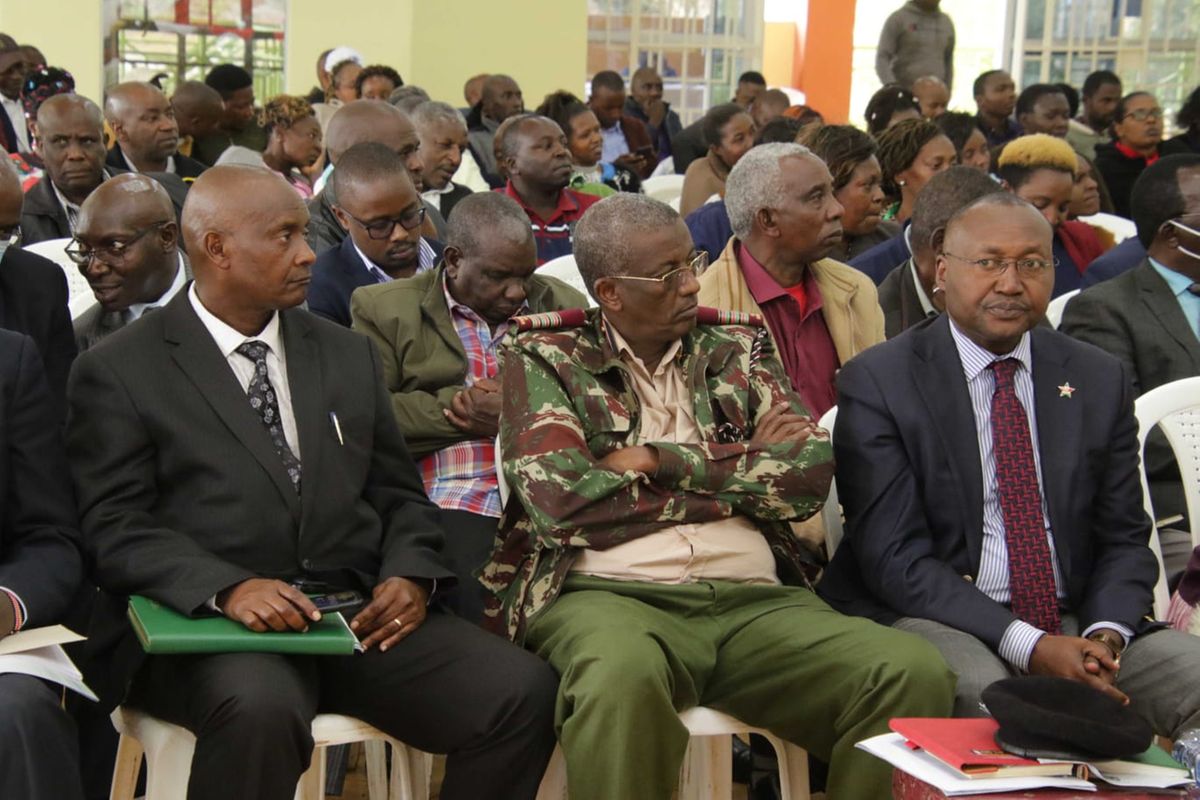 Speaking at the Nyeri Catholic Hall, the business people drawn from Nyeri, Laikipia, Kirinyaga and Murang’a counties proposed the government should embrace technology in disbursing the monies.

They argued the banks would charge a high interest rate and other miscellaneous charges that will lock out thousands of people from accessing the money.

“We welcome the establishment of the Hustler fund. However, channeling the money through the banks will not benefit us as much as they charge high interest rate. This money should be channeled through Saccos which are at the grassroots level and understand our needs,” said Ms Zipporah Wanjira.

Mr Cyrus Kiarie said the disbursement of the fund should be autonomous “to ensure the facilitation is seamless.

The disbursement should further be ‘friendlier’ in terms of securities required to be granted a loan under the Hustler Fund.

“The board should have an office in every constituency to be mandated with evaluation and monitoring of the beneficiaries… they should also use Mpesa to disburse the money to gauge our financial strength,” he said.

Farmers raised issue with the unavailability of a grace period to pay or apply for loans under the Hustler Fund, noting that it would inconvenience them “as it at times takes longer for us to be paid for our produce like tea and coffee.”

“If I was given that money today and I am required to repay by next month, I think that money will not have helped me at all,” said Mr Peter Kimani, a farmer.

Other participants noted that the regulations of the Fund did not clearly state who collects the fine, who gets penalized and what the role of the county government was.

Kirinyaga Trade Executive Calbert Njeru argued that borrowers starting out should not be charged any interest for any amount less than Sh10, 000.

This, he said, would give room for fresh graduates to invest in business which would help in bridging the unemployment gap.

“As a government, we need to support the unemployed youth by ensuring they can afford to borrow… these fund is supposed to help them, the mama mbogas and bodaboda operators,” he said.

Ms Anne Wagura, a member of the Kirinyaga National Chamber of Commerce said the economy cannot be lifted by offering people Sh2, 000 and failing to engage the youth.

The Sh50 billion Hustler fund was one of Kenya Kwanza’s 2022 campaign promises that proposed to create a revolving fund to help boost the country’s economy by availing affordable credit facilities to small scale business operators.

The money will also be a big relief to small-scale traders such as vegetable vendors, boda boda operators and beauty parlour owner’s, majority of whom cannot afford the punitive interest rates required by commercial lenders to qualify for a loan.

To qualify one must be above 18 years old and hold a valid national ID. Further, one must be a member of Micro, Small and Medium Enterprises (MSMEs), Sacco societies, merry go rounds and table banking groups or any other registered association.

Officials from Treasury are moving in different regions collecting views on the fund across the country ahead of the December 1 launch by President William Ruto.