Kenyans online are worried lot about the whereabouts of Deputy President William Ruto.

He has had no  public event for the last five days and his schedule remains a tight secret.

Mr Ruto’s last public activity was on Thursday at his Sugoi home when he hosted political leaders from western Kenya.

The low profile is rare occurrence for a man known for traversing the country to sell Jubilee government’s achievements as well as his 2022 presidential candidature.

It coincides with a bare-knuckle campaign by  former Jubilee party vice chairman David Murathe to bar him from the presidential contest.

On Monday, President Uhuru Kenyatta and Nasa leader Raila Odinga were in Mombasa for the groundbreaking ceremony of the Mama Ngina regeneration project.

DP Ruto’s absence at the event was conspicuous. Kenyans online wondered why he missed such a ceremony.

Ruto missing out on today’s event in Msa & Baba’s birthday speaks a lot on what is happening in Jubilee party.#Kitaeleweka#HappyBirthdayRailaOdinga

Ruto us missing out on birthday parties it seems https://t.co/xli3a1YdqI

Juma Lokole who acts like Diamond Platnumz family spokesman will not be having an easy time on social media; if he decides to go after Tanasha Donna!

Well, he may be feared back in Tanzania thanks to his gossip skills; but Kenyans on social media don’t seem shaken or bothered by this as they are ready to bury him alive! 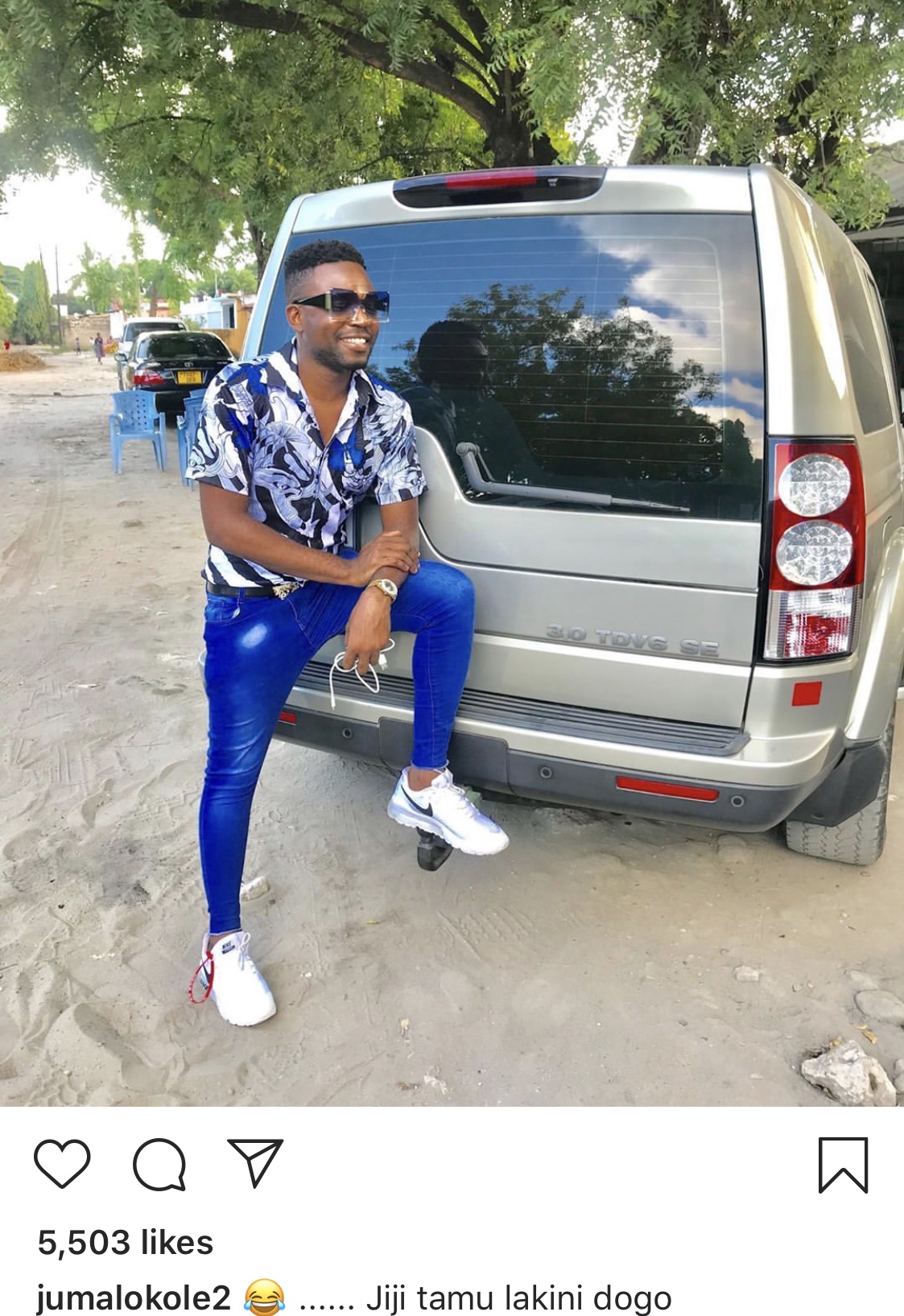 The alleged gay guy was among the first people to share a clip from Tanasha’s latest interview with True Love magazine.

He however went on to caption saying that he did not know understand the English Tanasha used; but promised to get back once he translated what Mama Naseeb was saying!

Through his Instagram page, Juma Lokole captioned the clip saying; 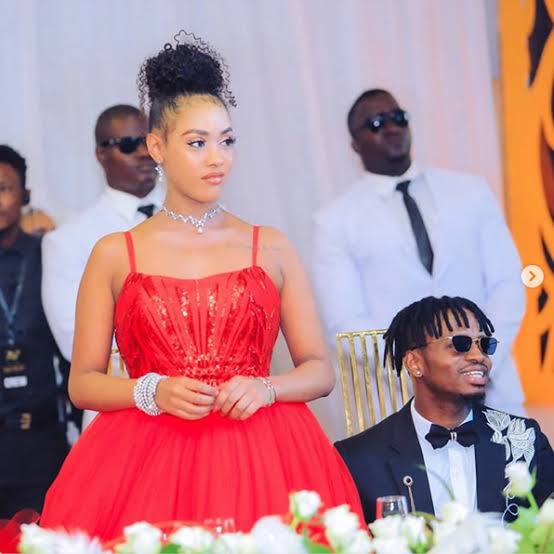 With the caption above, it appears that Lokole felt ready to attack Tanasha Donna now that she is no longer with Diamond Platnumz!

However luckily for Tanasha Donna, Kenyans who happened to come across the post went on to defend one of their own!

As seen on the comment section, most Kenyans promised to bring both heaven and hell on Lokole’s page incase he was looking for war!

Tanzanians on the other hand went on to warn  Lokole not to try anything stupid; since they understand how ruthless Kenyans on social media can get.

Below are just a few comments left under Lokole’s page showing that despite Tanasha not being a big artist in Kenya, her people still stand with her. 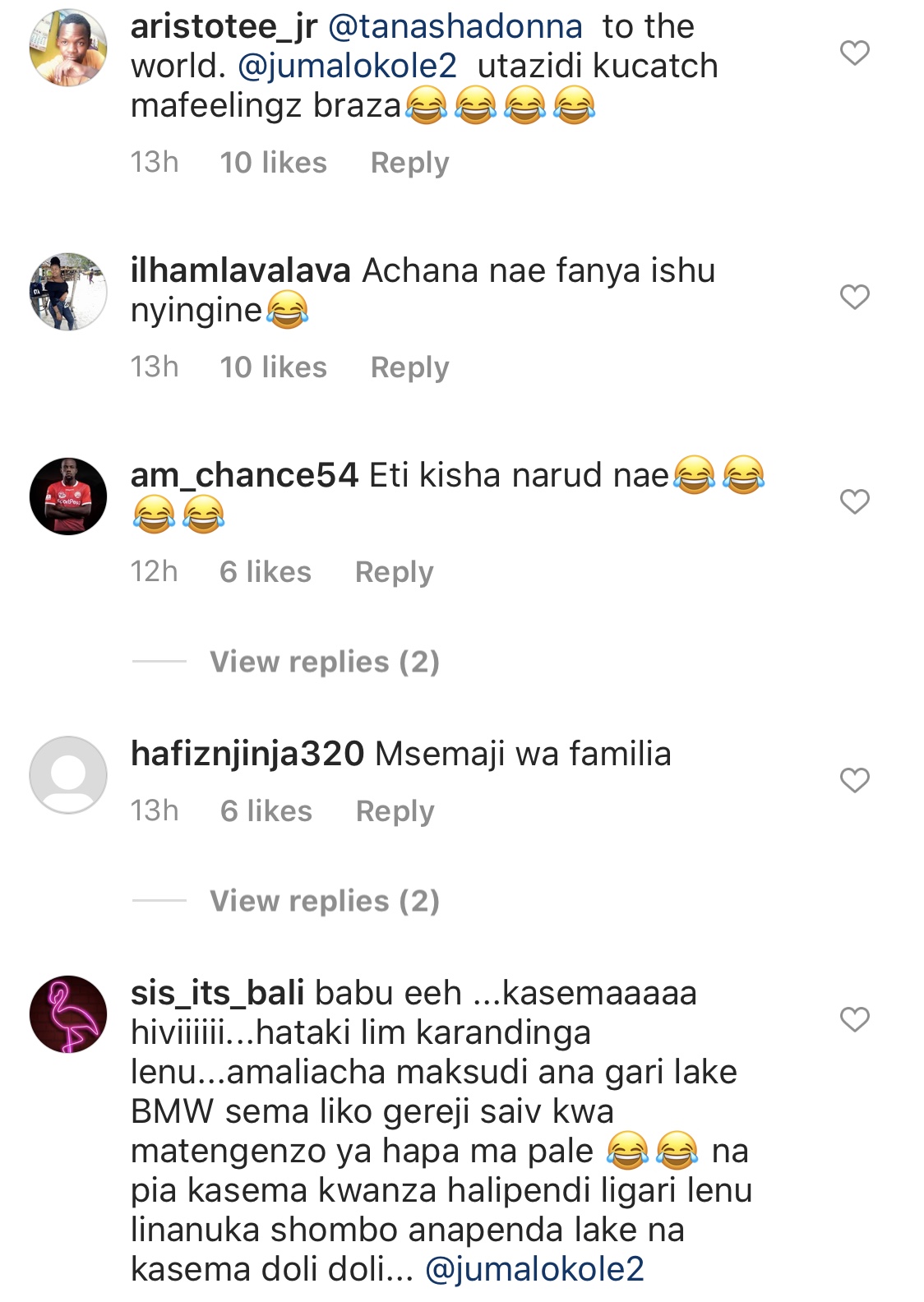 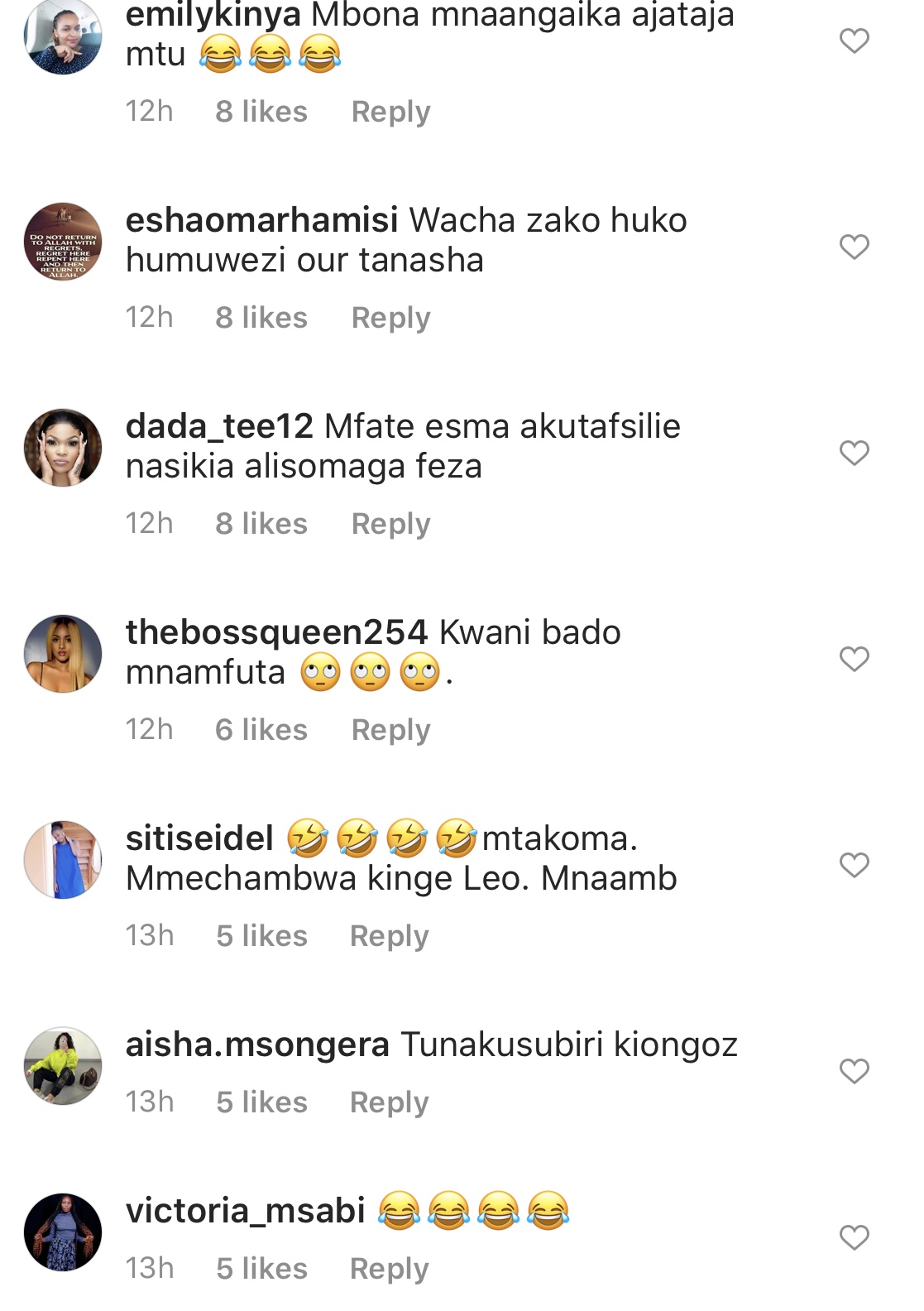 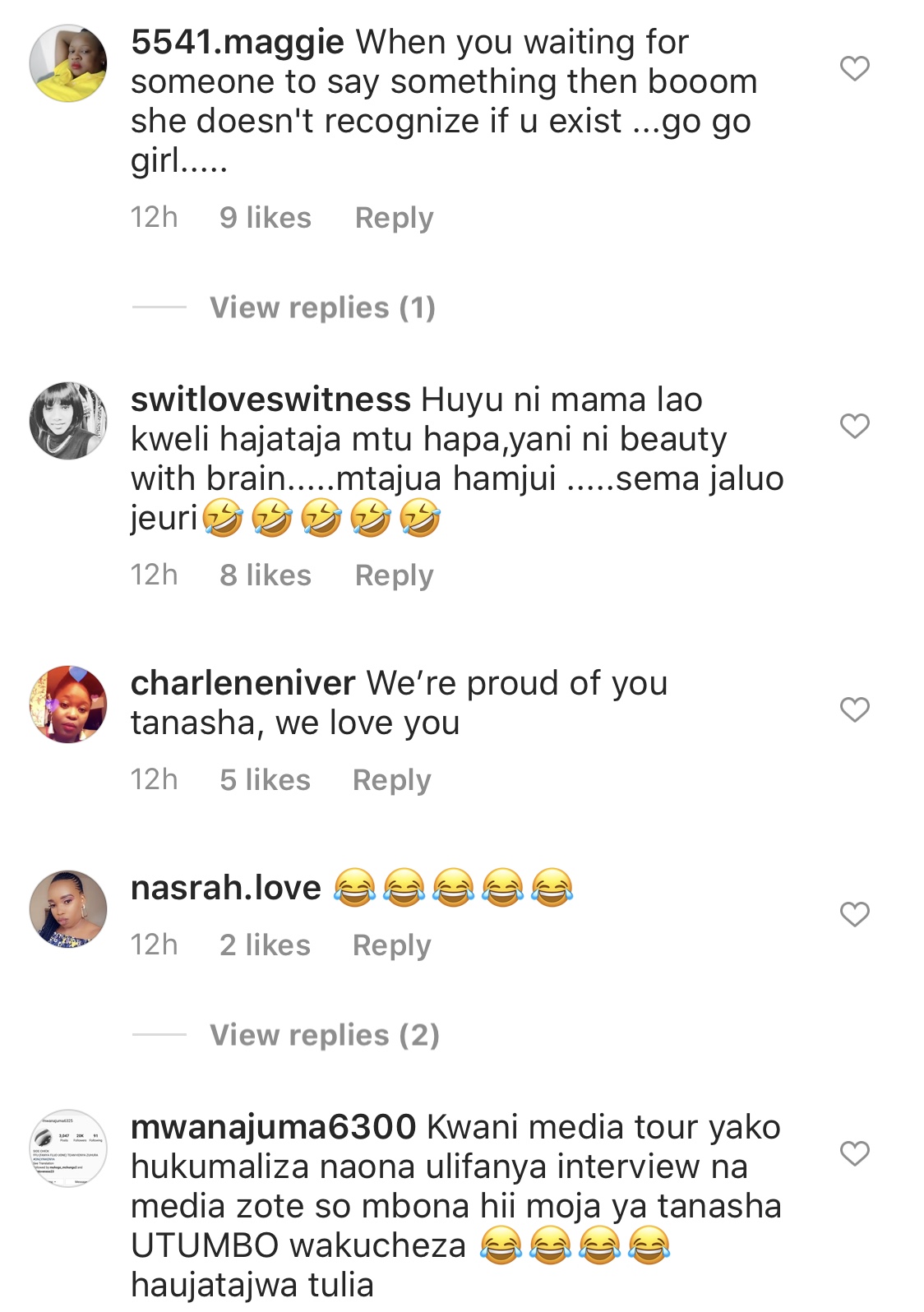 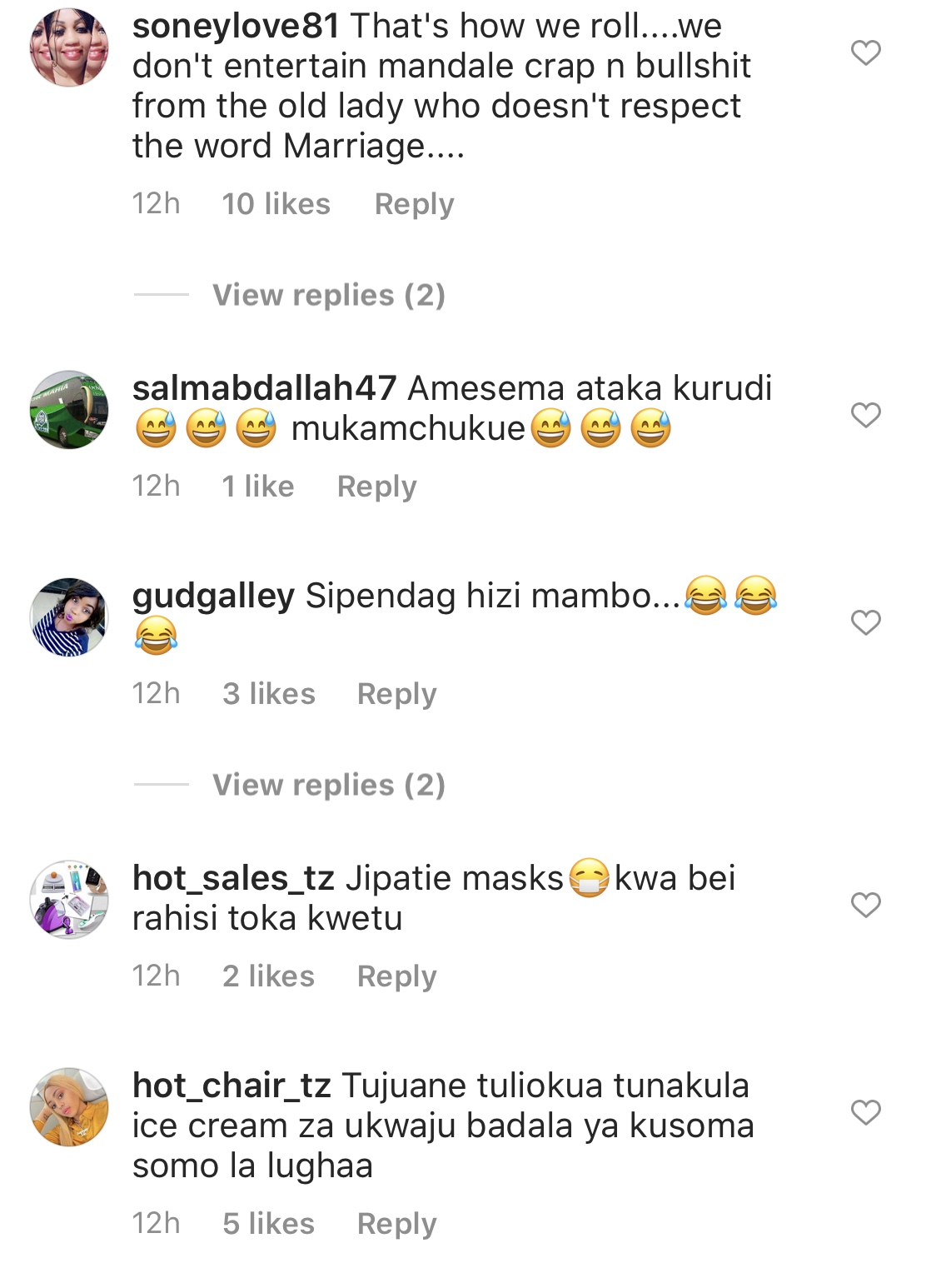 Loading...
Only 100 people will attend late Archbishop Ndingi’s funeral
Loading...
We use cookies to ensure that we give you the best experience on our website. If you continue to use this site we will assume that you are happy with it.OkPrivacy policy

The Independent Electoral and Boundaries Commission (IEBC) has postponed all scheduled by-elections to a later date due to the coronavirus pandemic.

The by-elections affected by the postponement are Dabado ward in Kilifi, Kisumu North ward, Kahawa Wendani in Kiambu and Wundanyi/Mbale ward in Taita Taveta.

In a press statement, the IEBC said that conducting the by-elections would involve party nominations and campaigns, which would inevitably involve human contact, thereby exposing the public to the dangers of contracting the new coronavirus.

It said the commission is mandated to adhere to the government’s directive for the observance of social distancing and the 5 am to 7 pm curfew.

State now aims to trace all travellers : The Standard