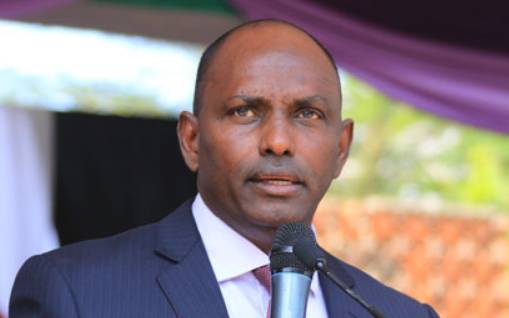 On the other side is deputy president Dr William Ruto who is also pushing for his preffered person.

The DP daughter is currently doing lucrative NSSF cleaning business at NSSF. The position of MT was advertised and interviews done.Four names were eventually forwarded to ministry of labour and social services CS Ekur Yattni to pick from one of them.

The CS has failed due to the fact,Karangi is pushing for a friendly person as Ruto pushes for his own.Karangi enjoys State House connections and with the current troubles between President Uhuru Kenyatta and his deputy,he is likely to carry the day.

To show how Karangi is deeply influential on NSSF board,he was instrumental in the recent appointment of Joseph Kimote to theGeneral manager Strategic,Research and development.

A recent report tabled by the Auditor General in the National Assembly reveals, the cost of the fund’s various housing projects was hiked to Sh6.2 billion up from the initial Sh5.5 billion in the 2016/17 financial year.

The auditor raises queries over more than Sh3.7 billion expected proceeds from the sale of the housing projects, but has yet to be realized because some of the houses were undersold.

It also questions the disposal and transfer of undeveloped lands in Mavoko and Upper Hill in Nairobi respectively.

With respect to Milimani executive apartments in Nairobi, the Auditor General says the NSSF has only been able to realise sales worth Sh753.5 million as opposed to the projected Sh3.6 billion — a shortfall of about Sh2.9 billion.

It also projected to construct five blocks of 104 spacious apartments at Sh2.6 billion, but the contractor, Chang Foreign Engineering Company, abandoned the project after doing pre-measured works at cost of Sh1.69 billion. 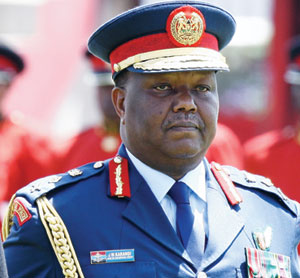 The Auditor General also queries the payment of Sh215.5 million for the stalled Sh2.1 billion Nyayo Embakasi Phase Six project in which the contractor, China Jiangxi International, was to put up 324 units.

On the leasing of nine-storey Hazina Towers formerly known as Polana Hotel, a four-star facility, at a cost of Sh450 million at an annual rent of Sh60 million, the Auditor General indicates that the fund is yet to realise its return on investment since 1994.

According to the report, despite millions of shillings being pumped into the project, the hotel remained closed since 2001 when the tenant failed to pay rent, adding that to date only Sh66.5 million had been realised from the lease.

The Auditor General said attempts to lease the building in 2009 at Sh300 million failed because bids received were far below the reserve price.

A lease given to Techno Holdings at a monthly rate of Sh2.25 million translating to Sh27 million annually flopped after the tenants were kicked out through a court order leaving the building vandalized.

In Kisumu, the report says the swapping of Milimani upmarket houses to offset Sh150 million debt owed to NSSF by the then Municipal council is questionable as the land on which the houses stand is currently valued at Sh178 million.

Within the land is a flat comprising eight two-bedroom apartments and three three-bedroom maisonettes with a servants quarters.

The houses are currently rented out to NSSF officers at Sh9, 000 and Sh7, 500 for apartments and maisonettes respectively. The fund earns Sh900, 000 in rent from the property. 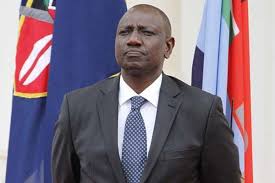 The Auditor General further says the fund’s land in Nairobi’s Upper Hill area measuring 0.2 hectares purchased in 1996 at a cost of Sh20 million was irregularly revoked and reallocated to the Judiciary.

A piece of land measuring 69 acres in Mavoko was subdivided into seven plots of 9.8 acres and disposed of at Sh18 million each.

The plots were later sold to AMS Properties Limited on the basis of an agreement at a cost of cost of Sh126 million.

However, only Sh12.6 million or 10 per cent was paid with the balance of Sh113.4 million which was paid within 90 days from the date of execution of the agreement still outstanding.

BUWEMBO: Kiira! Power! Why Ugandans have reasons to love the water more

Kenya: Strike Looms at KQ Over Hiring of Contract Pilots