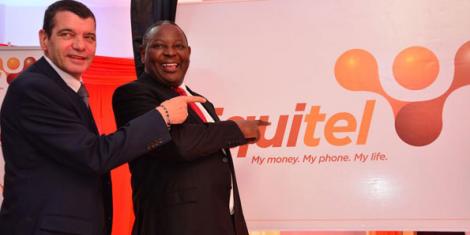 Equity Group’s mobile virtual network(MVNA) operator Equitel has recorded a 16% growth in the number of commerce transactions over the last year according to the latest data from the Communications Authority (CA).

The growth is accreditated to the aggressive signing up of leading retailers and online merchants and an increase in the number of Equity Agents. Currently, Equity Bank has 20,185 merchants and 38,200 agents countrywide, offering e-commerce service to both customers and merchants at no cost.

Equity Group Chief Executive Officer and Managing Director Dr James Mwangi said this is as a result of the company’s effort to digitize retail commerce operations.

“Our effort to digitize retail commerce operations through enrolling retail shops to transact through EazzyPay has paid off. The number of EazzyPay transactions has grown suggesting the size of transactions are increasing and the country is accepting the risk of digital money,” said Dr. James Mwangi.

Equitel processed over 156 million transactions as at the end of June 2019 valued at Kshs469.9 billion, compared to 140 million at the same period last year, valued at Ksh413.4 billion.

Equitel’s person-to-person transfers grew by 8% to Kshs126.5 billion up from Kshs117 billion, accounting for 16% of the total Kshs770.9 billion transferred in June 2019. Total deposits stood at Kshs81 billion in the same period, accounting for 12% of the overall Kshs669.3 billion deposited across all mobile payment platforms.

“Our customers are digitizing their money. Once the money is deposited on their mobile phones, they are not withdrawing but transacting with it on a digital platform and that to us is the best change we are seeing in the overall market,” Equity Group’s CEO noted.

Overall, the number of active mobile money subscriptions in the country according to the CA report, stood at 32.5 million as at the end of June 2019, compared to 29.7 million as at June 2018 translating to a 10% increase, while the value of transactions increased by 11% per cent to stand at Kshs2.18 trillion from Kshs1.92 trillion.