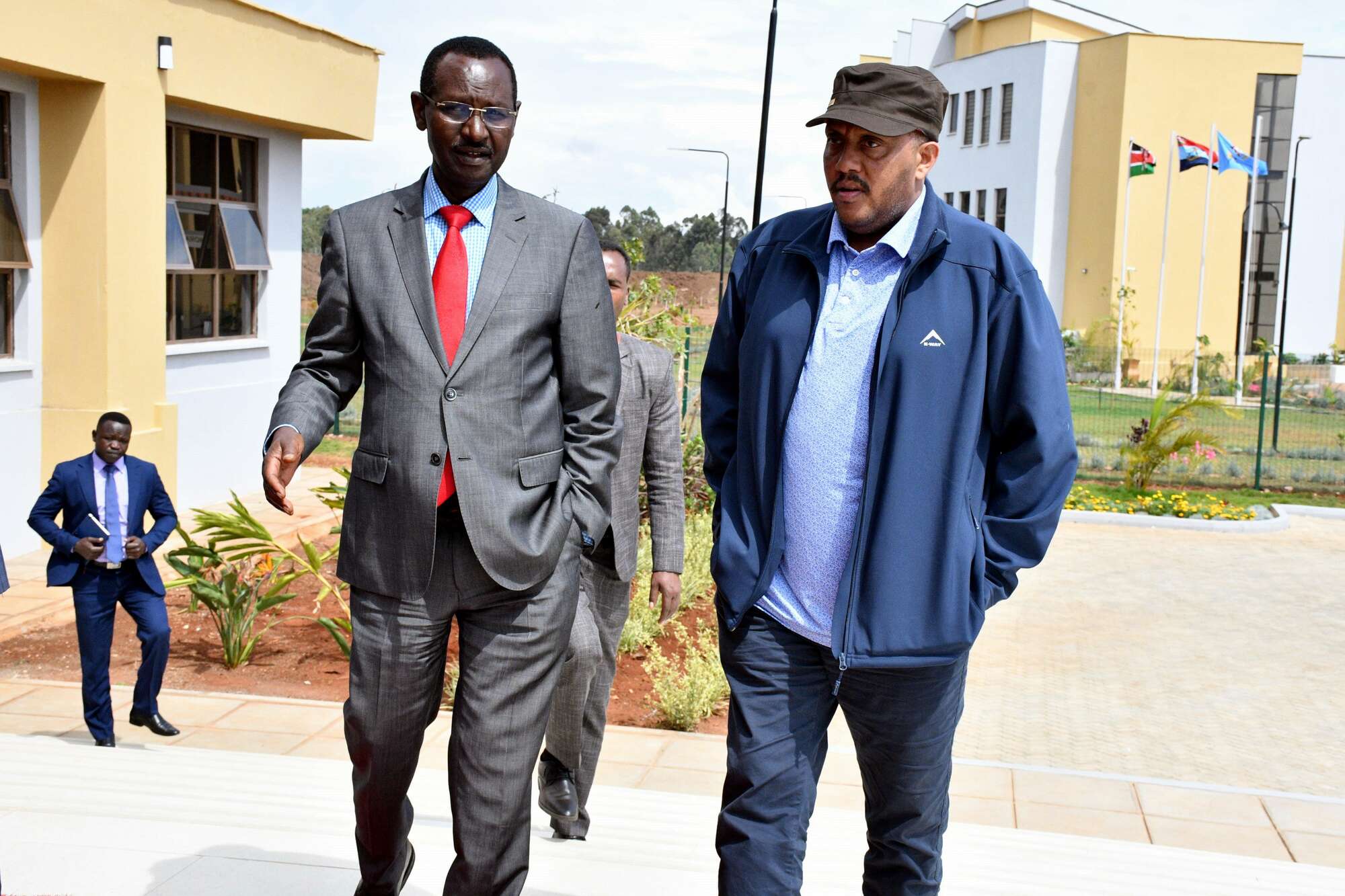 The Ethiopian government on Saturday agreed with commanders of the Tigray People’s Liberation Front (TPLF) that the rebel fighters would disarm once Eritrean troops leave the war scene.

A disarmament agreement reached in Nairobi, on the mediation of the African Union negotiators, said the rebel group had accepted to surrender both heavy and light weaponry to help end the war. But that decision would be pegged on the departure of “foreign forces”.

The Nairobi document titled ‘Declaration of the Senior Commanders on the Modalities for the Implementation of the Agreement for Lasting Peace Through Permanent Cessation of Hostilities’ seeks to ensure an orderly arms surrender for the combatants, but is mainly focused on ensuring a return to normalcy including unhindered humanitarian access to the troubled Tigray region.

It did not name Eritrean troops by name. However, a clause signed by Field Marshal Birhanu Jula, Ethiopia’s chief of the general staff and Lt-Gen Tadese Woreda, the commander of the Tigray armed combatants, says the two sides will only recognise one national defence force in Ethiopia.

“Disarmament of heavy weapons will be done concurrently with the withdrawal of foreign and non-NDF forces from the region,” says Article 2.1 (d) of the agreement on disarmament.

Parties also agreed to “halt and disengage from all forms of military action”.

The TPLF had been fighting the Ethiopian National Defence Forces since November 2 when they signed an agreement on cessation of hostilities. The war, however, had attracted other parties, including Eritrea, which had an old resentment against the TPLF from the time the Ethiopian rebels led their country. It also attracted militias from the neighbouring regional governments of Amhara and Afar, both of which had scores to settle and fought on the side of the ENDF.

The extra parties were not part of negotiations for the peace deal and the TPLF has since accused Eritrean forces of continual crimes even after the peace deal.

Kindeya Gebrehiwot, the head of Tigray External Affairs Office, said on Friday that Eritrean troops were still “killing, kidnapping and shelling” in areas such as Shire and Adi Daero.

“There is [a] flock of Eritrean civilians including women on a looting mission as spotted today at Shire…after curfew and they do all evil things in darkness,” he claimed.

Eritreans have not commented on the peace deal yet.

The deal between commanders now means a return to normalcy will kick off but mediators — African Union High Representative for the Horn of Africa Olusegun Obasanjo and former Kenyan President Uhuru Kenyatta — said the primary duty will be humanitarian supplies to the affected civilians.

The commanders agreed to protect civilians including ensuring their sites are not attacked or humanitarian convoys blocked from reaching affected populations.

In the deal, military leaders from both sides agreed to, in the next seven days, give orientation to their soldiers about the change of times, including that the war had ended. After that, Ethiopian government authorities will take over their responsibilities in Tigray.

They also agreed to draft a light weapons disarmament based on a decision of a joint committee of the two commanders that will also include a representative from the African Union. That plan should be publicised by November 26.

In the meantime, a team of monitors checking violations should swing into action by November 22. It will include representatives from the Ethiopian government, TPLF, the African Union and the Intergovernmental Authority on Development.

They also agreed on the “constructive role” of the media, effectively agreeing to tame propaganda or incitement from each side’s media outlets.

The disarmament deal does not say what will happen to combatants of the TPLF once the weapons surrender is done. However, it is expected that a more elaborate disbarment programme for light weapons to be published in two weeks will provide details.