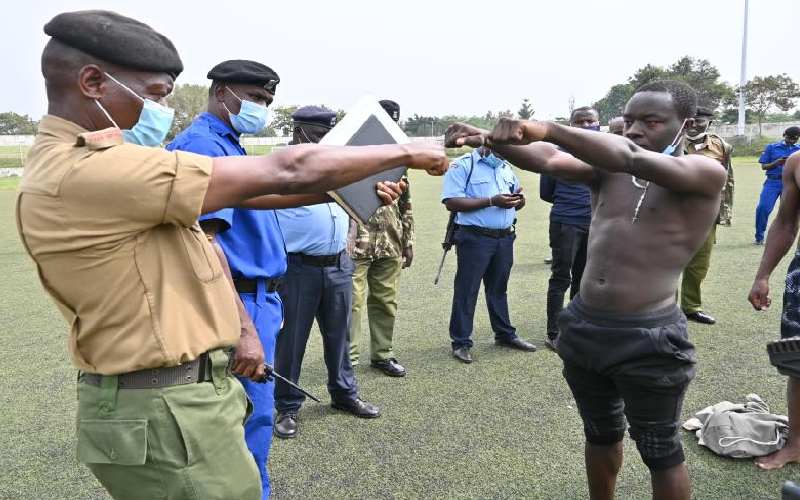 Administration Police officers during one of the training session. [File, Standard]

Five police recruits were on Saturday, May 29, arrested at Embakasi’s police training college with fake academic certificates.
According to police reports, the five were undergoing basic constable course at the National Police Service College Embakasi ‘B’ Campus (formerly, GSU Training School) when detectives picked them.
Detectives detected the five recruits after Kenya National Examination Council (KNEC) declared their KCSE certificates fake.
“Police arrested the suspects after investigations with the help KNEC found they all used forged papers to join the service,” said police reports.
According to police, the five have been training for two months now after joining the service on March 1.
The suspects lost their slots in the service after being handed termination letters and will be arraigned to answer charges of forgery.
Their KCSE certificates and the verification reports from KNEC will be used as evidence.

Take a quick survey and help us improve our website!
Take a survey

Tracking and monitoring motor vehicles is not new to Kenyans. Competition to install affordable tracking devices is fierce but essential for fleet managers who receive reports online and track vehicles from the comfort of their desk.

Check Out PHOTO of George Magoha As A...

The Trending Memes and Tweets This Wednesday