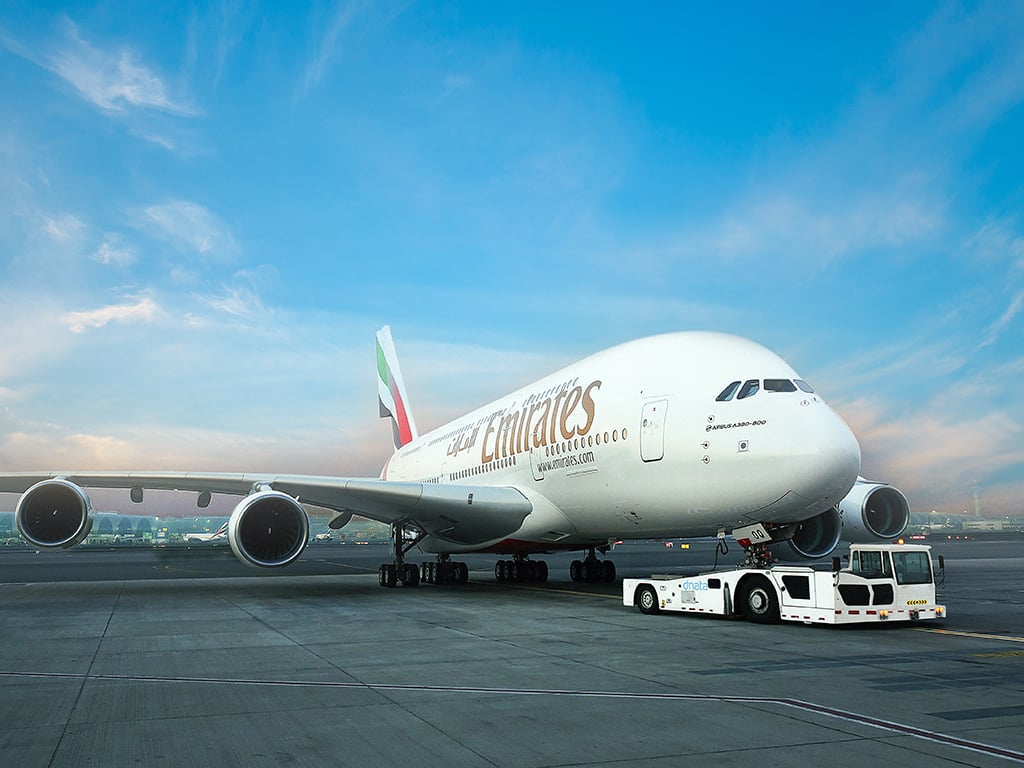 United Arab Emirates carrier Emirates in October suspended flights to Nigeria over inability to access foreign exchange, bringing to a climax the lingering crisis between UAE and the most populous African country.

All other foreign airlines still operation in Nigeria are suffering a similar fate.

After many previous suspensions of operations since 2021, Emirates finally saw the foreign exchange crisis facing Nigeria as the main reason for its inability to continue with the flights.

The airline explained that its operations were hampered by the inability to access and repatriate its $85 million from Nigeria.

This started in 2021 when the UAE mega carrier sought to monopolise the Nigeria-UAE route in flagrant disregard to a bilateral aviation safety agreement with Nigerian carrier, Air Peace.

Emirates operated twice daily to Lagos and once daily to Abuja, recording 21 frequencies weekly but UAE restricted Nigeria’s Air Peace to only one flight weekly to Abu Dhabi instead of Dubai.

In a tit-for-tat, Nigeria’s federal government in December 2021 reduced Emirates’ weekly frequencies from 20 to only one flight to Abuja.

The action forced Emirates to suspend flights to Nigeria but it resumed after the diplomatic crisis was amicably settled when Dubai Civil Aviation Authorities Airport allowed Air Peace to make seven weekly flight to Dubai.

A letter by Dubai Civil Aviation Authority dated December 13, 2021 addressed to Air Peace said that in order to maintain good relations between the two countries, it had offered to block some slots for the Nigerian carrier.

Besides the flight slots crisis, UAE recently stopped visas to younger Nigerians except for those traveling on family visa, thus affecting the operations of airlines flying the Nigeria-UAE route.

Air Peace also suspended flights to Dubai from November 22, 2022 over the non-issuance of visas to Nigerians, it said in a statement.

The global downturn effecting Nigeria’s ability to sustain its foreign reserves build-up has caused another tiff with foreign airlines, forcing Emirates to abandon flights, the sixth time since July 2021.

A statement by Emirates said it had no option but to suspend flights to and from Nigeria from October 29, 2022 to mitigate against further losses and to recover its $85 million trapped fund.

“Without the timely repatriation of the funds and a mechanism in place to ensure that future repatriation of Emirates’ funds do not accumulate in any way, the backlog will continue to grow and we simply cannot meet our operational costs nor maintain the commercial viability of our operations in Nigeria.”

The UAE airline had earlier reinstated flights on September 11, 2022 after the Central Bank of Nigeria (CBN) released $265 million out of the $700 million due to foreign airlines to settle outstanding trapped funds from ticket sales.

“Emirates welcomes the CBN move to release a portion of our blocked funds,” said the airline’s Public Relations Manager Rula Tadros in a statement.

However, the airline resumed the suspension of flights in October to force the CBN to release the last tranche of the funds to foreign airlines.

The suspension has impacted on the thousands of passengers who fly Emirates.

With an average of 350 passengers per flight, Emirates transports 15,120 travellers from and into Lagos and Abuja every week.

But these passengers have alternatives.

“Why should the airline shut its services while others from the same region are operating?’’ wondered Mr Adams Abdullahi, a travel agent who is unhappy with the decision by Emirates.

“I think there is still a big diplomatic row which the airline is not telling Nigerians.”

The lingering foreign exchange crisis has impacted negatively on the domestic and international airlines over the past few months.

Stakeholders are not happy with the situation in the aviation industry, advising the Nigerian central bank to allow foreign airlines access their funds.

Mr Olumide Ohunayo, the head of research and corporate travel at Zenith Travels and Tours, said the CBN is not doing the airlines any favour by releasing the foreign currency to them.  He said CBN has to pay airlines what they are owed in dollars.

“The rule says that at every day of sales after the airlines have paid their local taxes and charges, the remaining revenue should be remitted based on the exchange rate for that day.”

“So, delaying it for some time gives us a bad name and makes our credit worthiness in the international market doubtful.  It doesn’t give us a good rating,” he said.

But the CBN has explained that there is no law mandating it to provide dollars to foreign airlines.

CBN Governor Godwin Emefiele said Nigeria is determined to help airlines clear the foreign exchange backlog but insisted that the bilateral air services agreement did not mandate foreign airlines to repatriate all their dollar earnings out of the country.

“The sector has always enjoyed priority allocation. We have always granted them the priority that they desire because we know people want to travel and they don’t want to be constrained by the need for them to travel.

“In spite of this, we have seen that the number of travels or naira value of tickets issued by the airlines has increased. We decided to release $265 million when the pressure was building aggressively. We will do everything possible and are determined to clear the backlog,” he said.

“No law makes it compulsory that you must buy your dollars from the central bank. When you put money in your account, what it means is that you tell your bank to buy your dollars,” he added.

With Emirates out of the scene and with the patronage of other airlines, Nigerians are visiting Dubai through neighbouring African countries which they say is cheaper.

Some of the countries that are taking advantage of the flights’ suspension include Ghana, Benin and Kenya. This has caused a lull on the highly lucrative Nigeria-UAE route as airlines and travel agencies continue to count losses.