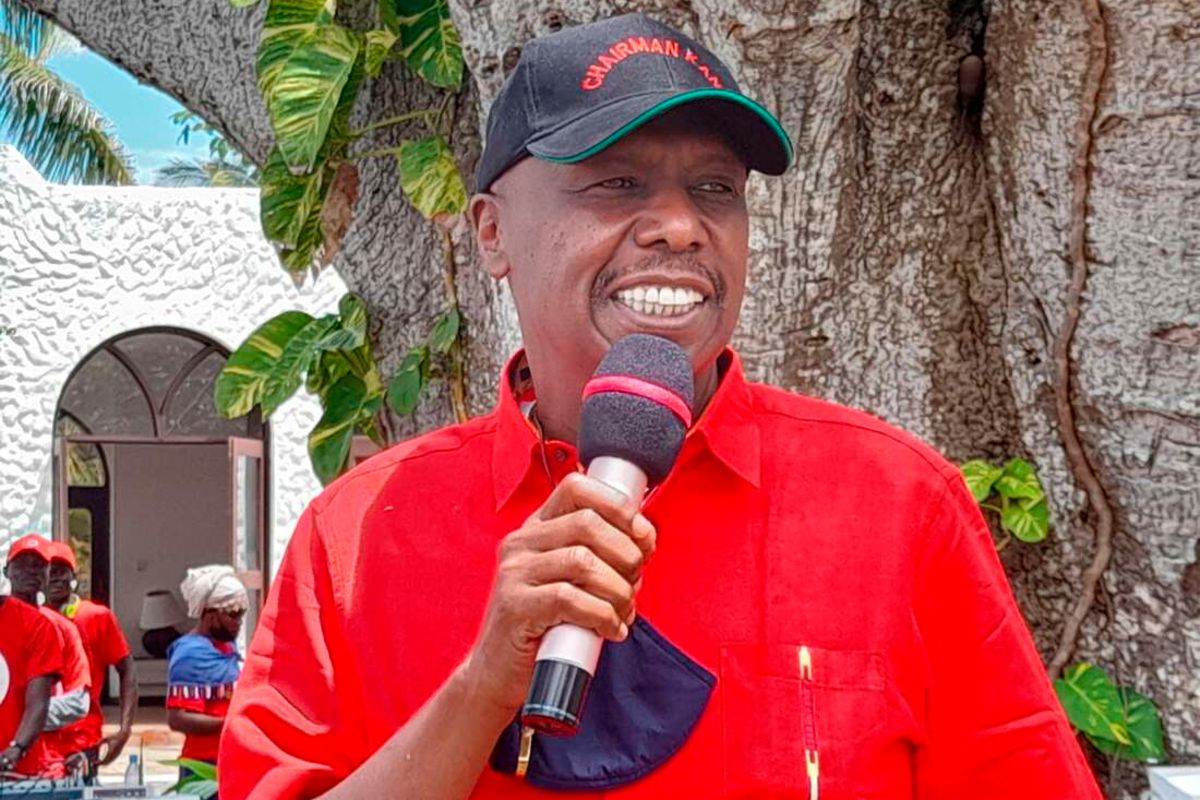 Former Baringo Senator Gideon Moi has lost the first round in 40-acre land row that his clansmen claim was gifted to them by his father — former President Daniel Moi.

This is after the Lands court sitting in Nakuru issued orders restraining Gideon from interfering or dealing with the land pending the hearing and determination of a case filed by elders from his Chepkeres clan.

Justice Lynette Amollo in her ruling on Friday said the elders had in their application met the criteria for the grant of the orders of an injunction.

The elders moved to court in May last year accusing the Gideon of illegally and fraudulently transferring to his name a land that they claim to have received as a gift from Mzee Moi.

The elders namely Simon Kipsang Yator, Michael Chebon and Michael Chirchir Korir who filed the petition on behalf of members of Keres Self-Help Group sued Gideon and the Nakuru District Land Registrar for what they said is a conspiracy to grab part of the land in a bid to sell it to third parties

Through lawyer Ochieng Gai, the group claims Gideon retracted from his father’s wish and embarked on a mission to evict them from the parcels in which they have invested a fortune.

The court heard that the clansmen through their Keres Self-Help Group approached the former President in a bid to purchase part of the 100-acre farm adjacent to his Kabarak home in order to subdivide it among their members.

The land was registered under Rift Valley Hatcheries Limited, a company said to be owned by Mzee Moi.

President Moi, according to the court documents, decided to gift the land to his clansmen since the sh 18 million they had raised was not enough to purchase the 40 acres that they wanted.

He, however, accepted the money as a token of appreciation to which he instructed them to give to Gideon who was allegedly present throughout the negotiations.

The former head of state is said to have instructed a surveyor to subdivide the land into three parts such that 40 acres go to the group, 30 acres to Kabarak University Vice Chancellor Henry Kiptiony Kiplagat and 30 acres to Gideon.

The land was transferred to the group’s Chairperson Simon Yator who oversaw the subdivision into an eighth-of-an-acre plot.

However, Gideon who was supposed to facilitate the processing of the title deeds failed to do so with attempts by the members to push him into doing so and filing to bear fruits.

Trouble started after the death of the retired president when Gideon allegedly communicated his plans to make adjustments to the initial subdivision by hiving off about 8 acres from the group’s 40-acre parcel.

The move attracted protest from the clansmen who had already moved into the plots and began developing them. This forced them to seek redress from the courts.

Gideon however in his response to the petition dismissed the claims and denied knowledge of any existing agreement between his father and the group.

He denied having taken part in the negotiations and agreement between the Keres Self Help group and the Rift Valley Hatcheries Limited, a company which they ought to have sued.

He further disputed any transaction between his father and the clan members whom he described as busybodies who are simply trying to coerce him.

In their application for the temporary injunction orders, the elders claimed to have established a strong case against Gideon and demonstrated that they stood to suffer irreparable loss in addition to the property being in danger of wastage if the orders were not granted.

Justice Amollo thus barred Gideon from subdividing, dealing with the land until the case is heard and determined.

“The order of temporary injunction is hereby granted against the defendants by themselves or agents from continuing with the process of subdividing, mutating, processing title deeds, selling or interfering with the plaintiffs peaceful and quiet possession and use of the identified, subdivided and occupied land parcel measuring 40 acres out of LR No. 10978/8… “read part of the ruling.

The clansmen want the court to declare them the legal owners of the land and order the lands registrar to issue title deeds to the said land.