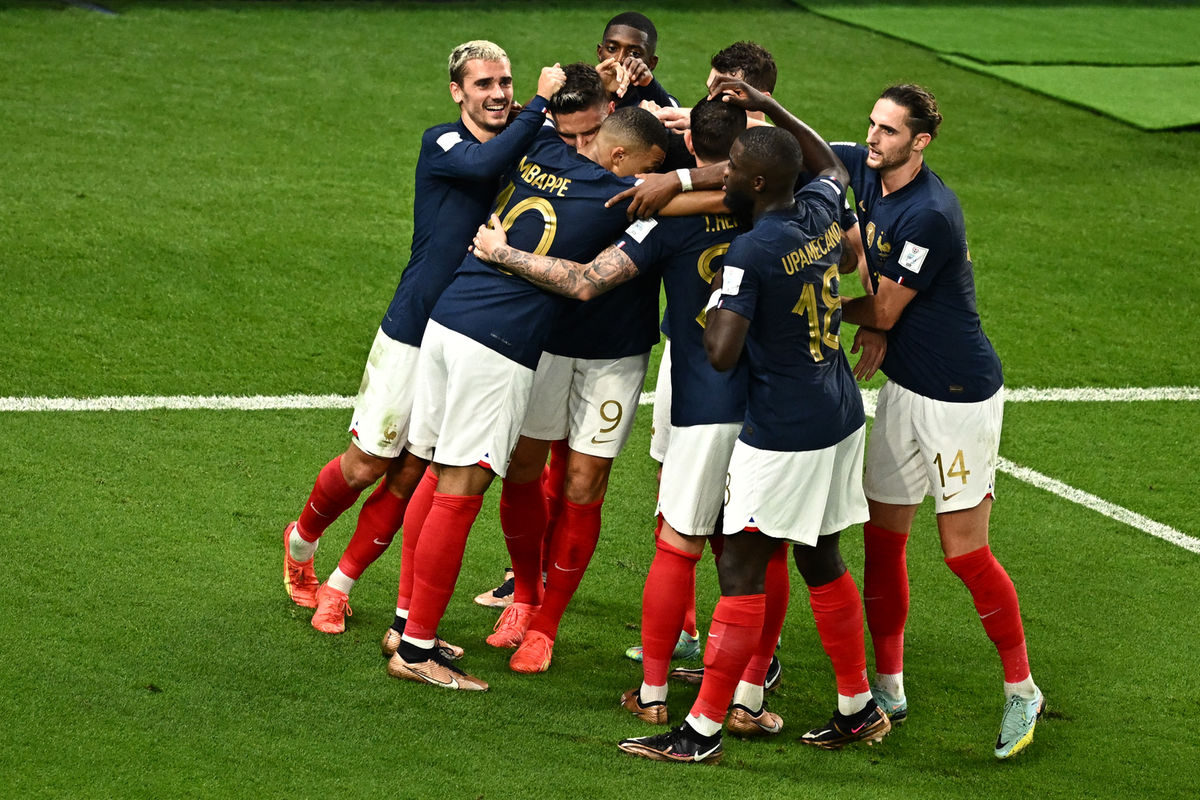 Olivier Giroud joined Thierry Henry as France’s all-time leading goalscorer with a brace as holders France recovered to beat Australia 4-1 and get their defence of the World Cup off to a winning start Tuesday.

France, whose build-up to the tournament was marred by injuries, saw left-back Lucas Hernandez come off hurt in the move that led to that goal.

However, they recovered to equalise through Adrien Rabiot before Giroud put them ahead with an easy finish in the 32nd minute for his 50th international goal.

Kylian Mbappe got his name on the scoresheet in the second half and Giroud sealed the win to equal Henry’s record tally of 51 goals for France.

The win leaves them top of Group D after rivals Denmark and Tunisia drew 0-0 in Doha earlier.

At the age of 36, veteran AC Milan striker Giroud, who has 115 caps, is the oldest player to score for France at a World Cup.

Yet he almost certainly would not have been playing here had Karim Benzema been fit.

Instead, the withdrawal of the Ballon d’Or winner with a thigh injury on the eve of the tournament has played into the hands of Giroud, who was a key player for coach Didier Deschamps in France’s triumphant 2018 World Cup campaign but didn’t score in Russia.

It is not just Benzema who is missing for Les Bleus, with Paul Pogba and N’Golo Kante –- their starting midfield duo four years ago –- also out of the tournament.

Centre-back Raphael Varane was not risked having not played since suffering a leg injury playing for Manchester United a month ago.

That meant Dayot Upamecano and Ibrahima Konate –- with nine caps between them –- played together in central defence while Rabiot joined Aurelien Tchouameni in midfield.

Australia stunned the world champions by scoring an early opener.

Mathew Leckie controlled the ball on the right and escaped Lucas Hernandez before delivering a low ball across the face of goal for Goodwin to finish into the roof of the net.

Hernandez hurt his right knee trying to stop Leckie, although there did not appear to be any contact between the players.

The Bayern Munich defender was helped off, with his brother Theo coming on.

The younger Hernandez did not have the best introduction, giving the ball away and allowing Mitch Duke to hit a shot from range that flew just wide.

Yet he played a part in the 27th-minute equaliser –- Antoine Griezmann’s right-wing corner was cleared but the ball came to Hernandez on the left and his cross was headed in by Rabiot.

Five minutes later Rabiot was involved again as France went ahead, hounding Nathaniel Atkinson out of possession on the French left and playing a one-two with Mbappe before teeing up Giroud.

A Jackson Irvine header that hit the post in first-half stoppage time was a reminder that Australia could still threaten, but France ran away with the game after the break.

Griezmann had a shot cleared off the line just before Mbappe made it 3-1 midway through the second half, as he headed in off a post from Ousmane Dembele’s cross.

Mbappe then turned provider as France got their fourth in the 71st minute, crossing for Giroud to head in a historic goal.

After all the injuries, and after seeing what happened to Argentina earlier, this was a good evening for France.

The long holiday made my tutors forget their...

Come we stay is not marriage, no matter...

A project here, a prayer there at President...

A CEO’s journey from frustration to digital transformation