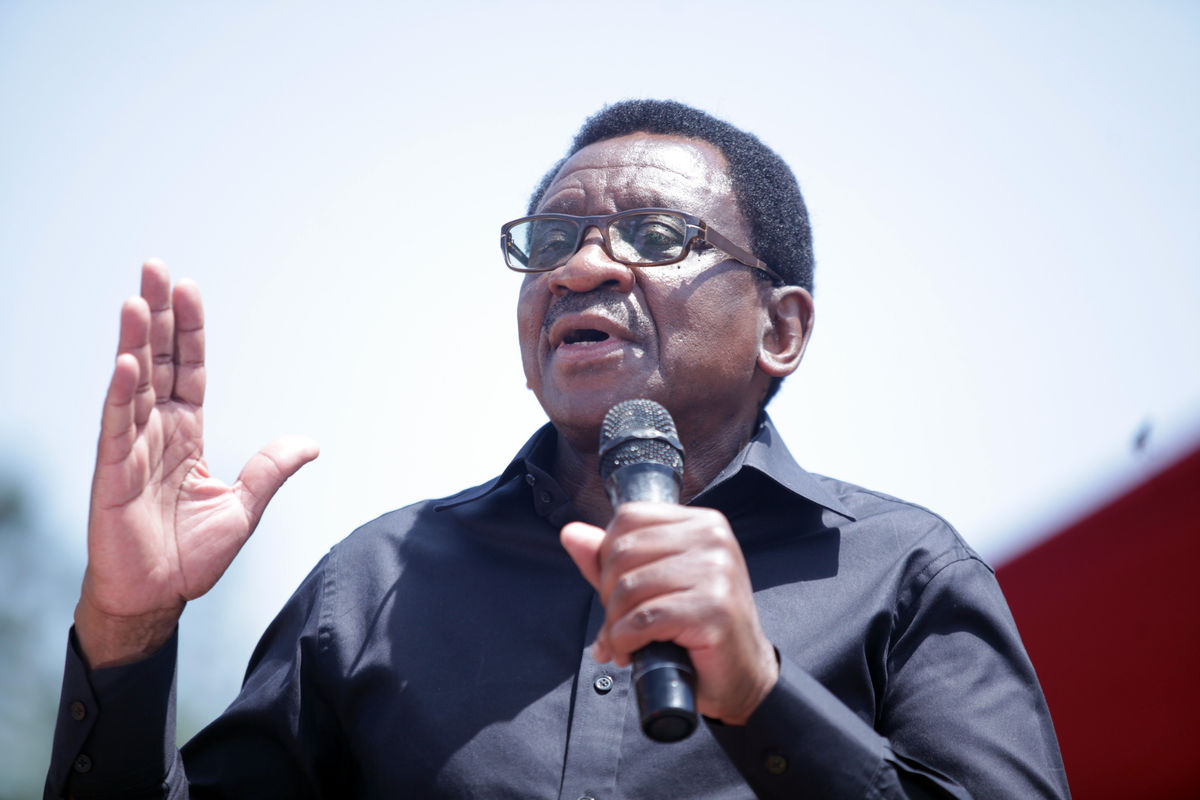 The much-awaited special audit report, carried out by a taskforce formed by Siaya Governor James Orengo is complete, the Nation can confirm.

But as the public await its release, the Ethics and Anti-Corruption Commission revealed to the Nation that more than 60 Siaya County Government Staff have recorded statements as the agency probes possible misappropriation of more than Sh1.4 billion, dating back to the previous government.

But while the EACC was investigating only mismanagement of funds, the task force was given a broader role, which was to carry out a forensic audit of the financial operations of the local government, with a focus on the last two financial years.

This included evaluation, assessment and determination of the county’s human resource establishment and revenue administration.

The document, which is expected to reveal the rot in the county’s financial department and possible ways of cleaning up and improving the financial systems, will be launched in the next few days.

The team is chaired by former Auditor-General Edward Ouko, while Ms Rowena Stella Ndeda is the secretary.

The Institute of Economic Affairs was providing technical expertise and support.

Governor Orengo gave the team 60 days to carry out the exercise and submit a report after the lapse of the period.

When the Nation reached out to the Siaya County Boss, he confirmed that the report is complete and awaiting official release.

“I was with the chairman earlier today and he confirmed that the report is finished and what is being done at the moment is clerical work. The taskforce has retreated and I will be meeting them in a few days so that I can be given the final brief,” said Governor Orengo.

He added: “We will be releasing the report in the coming days. It will be a big thing and a public event because it is important for this county.”

As the county waits for the report, the EACC is also continuing with the probe concerning major projects and questionable transactions.

“We are conducting numerous bank account searches and analysing voluminous payment documents. To have a solid case, we have to go through the documents thoroughly, follow the money, find out who actually took and whose names were used to siphon funds,” said Mr Oira.

He added: “Remember the alleged money was not taken in lump sum, but small payments to different officers for different activities in various departments.”

But the public have questioned the delay to release the report at the same time poking holes into the entire probe by EACC and the task force.

While Mr Chris Owala, Director of Community Initiative Action Group- Kenya said Mr Orengo’s intention was good and sincere, the process fell short of expectations because of its composition.

“The membership of the task force could have been purely outside the government and not those who were part of the previous administration and might have been part of the rot.

Their presence could provide an avenue of doctoring the report to shield themselves or culprits,” said Mr Owala.

According to him the exercise should have been more participatory in nature and not a closed door affair.

He also believes the county government would have involved the public more as well as government agencies such as Kenya National Audit office and the office of the Auditor General.

“The Siaya County Government must come out of the boardroom and listen to what the citizens want. This process required a bigger team divided into smaller ones handling the various objectives laid down. He could have gone the public inquiry approach,” said Mr Owala.

While lauding Mr Orengo’s ‘Nyalore’ (It is possible) manifesto, the human rights and governance expert is asking the county Boss to stick to the promises he made so that he doesn’t make a false start that may attract rebellion from the public.

He also asked various leaders from the county to allow the governor to take responsibility and chart his own path.

Mr Orengo admitted to having inherited what he termed a ‘rotten corrupt’ financial department that oversaw the misappropriation of more than Sh1.4 Billion.

The governor overhauled the finance department, made major changes which included suspending some officers, transferring 10 departmental accountants and procurement officers to other sections or giving them some assignments. He also temporarily stopped some payments.

The Nation exposé spotlighted senior Siaya administration officials over unexplained expenditures of about Sh406 million transacted within 12 days before the August elections.

In the questionable withdrawals done close to the general election and transition period, a whistle blower revealed how Siaya MCAs used ‘fictitious’ sitting allowances and per diems through the assembly’s general oversight committee to give themselves money in total disregard of the law.

The Siaya County government is also on the EACC radar over alleged misappropriation of Sh600 million by officials in the previous administration and also probing allegations of abuse of office and fraudulent acquisition of public funds amounting to Sh72 million in the installation of ICU Unit at the County Referral Hospital.

There are also allegations of fraudulent acquisition of Sh400 million meant for the construction of an ultramodern Stadium by the former administration.