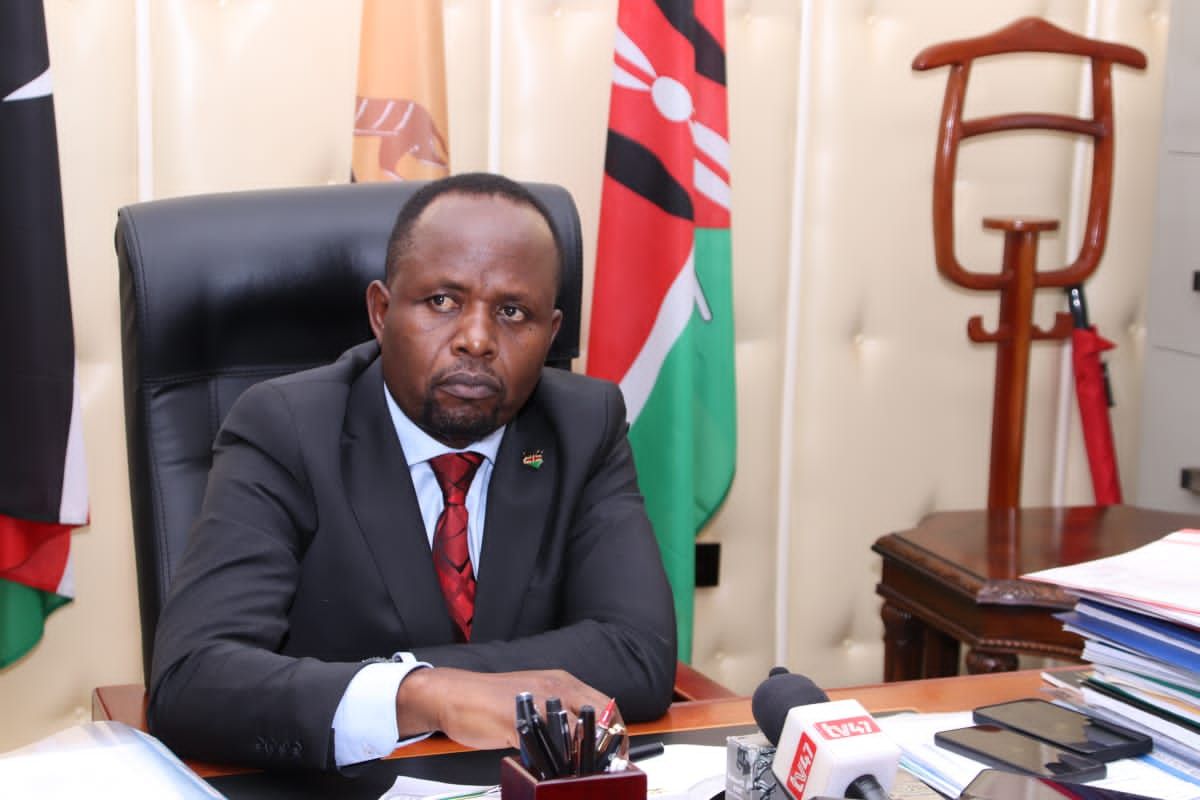 Trans-Nzoia Governor  George Natembeya now wants the government to rethink on plans to lift the ban on  Genetically Modified Crops  (GMO) aimed at food insecurity in the country.

Governor Natembeya was on Tuesday categorical that lifting of the ban was based on skewed research.

“The government’s move to lift the ban on genetically modified crops is suspect. There is need for proper stakeholder involvement before the ban is lifted,”  said Governor Natembeya.

The county boss in his KitaleTown Hall office said GMOs will not only threaten the livelihoods of small-scale farmers in counties that produce maize but will also pose a threat to Kenyans health.

He said the lifting of the ban is likely to expose the Kenyan population to health risks and open floodgates to a market susceptible to manipulation by cartels to fleece the hardworking Kenyan farmer.

“We need to interrogate the  hazards that come along with the consumption of the genetically modified foods that countries which practiced  planting have shifted  and we shouldn’t look at those opposed to it as being primitive’’, he said.

He said counties of Transzoia, Bungoma and Uasin-Gishu have surplus of maize that can feed the country without necessarily importing genetically modified crops.

Mr Natembeya asked the national government to support farmers in maize growing regions through subsidies  to boost production in the country.

Governor Natembeya at the same time raised concerns  over the move taken by President William Ruto to subsidize prices of fertilizer saying that was the surest way of making the Kenyan farmer have a sense of belonging.

He said his administration will also set aside funds that will see prices of fertiliser come down in order to assist farmers scale up their activities.

‘’My administration will provide support to farmers to see them increase production so that we have enough food surplus that will feed other parts of the country that are in need, ‘’ he  said.

The governor noted that so many farmers in the rich maize growing zones were a frustrated  lot after their maize that is currently being harvested was bought by middlemen at throw away prices.

’We must shift from what is being done and develop mechanisms that will forever liberate the Kenyan farmer from the current dilemma of selling their produce cheaply only for prices to improve after they have sold to brokers’’, he  said.

The governor also noted that the government should consider halting importation of GMO maize until it has mopped up the 2022 harvest.

Agriculture  Cabinet  Secretary Moses Kuria recently announced that the government had lifted a ban on genetically modified crops and that 10 million bags were to be imported to help mitigate harsh hunger that had hit some parts of the country leaving several people and animals dead.

This has not gone down well with leaders from maize growing zones who have termed the move ill-informed and aimed at disadvantaging the local farmer.

Muchiri wins ICEALION King of the Course at...