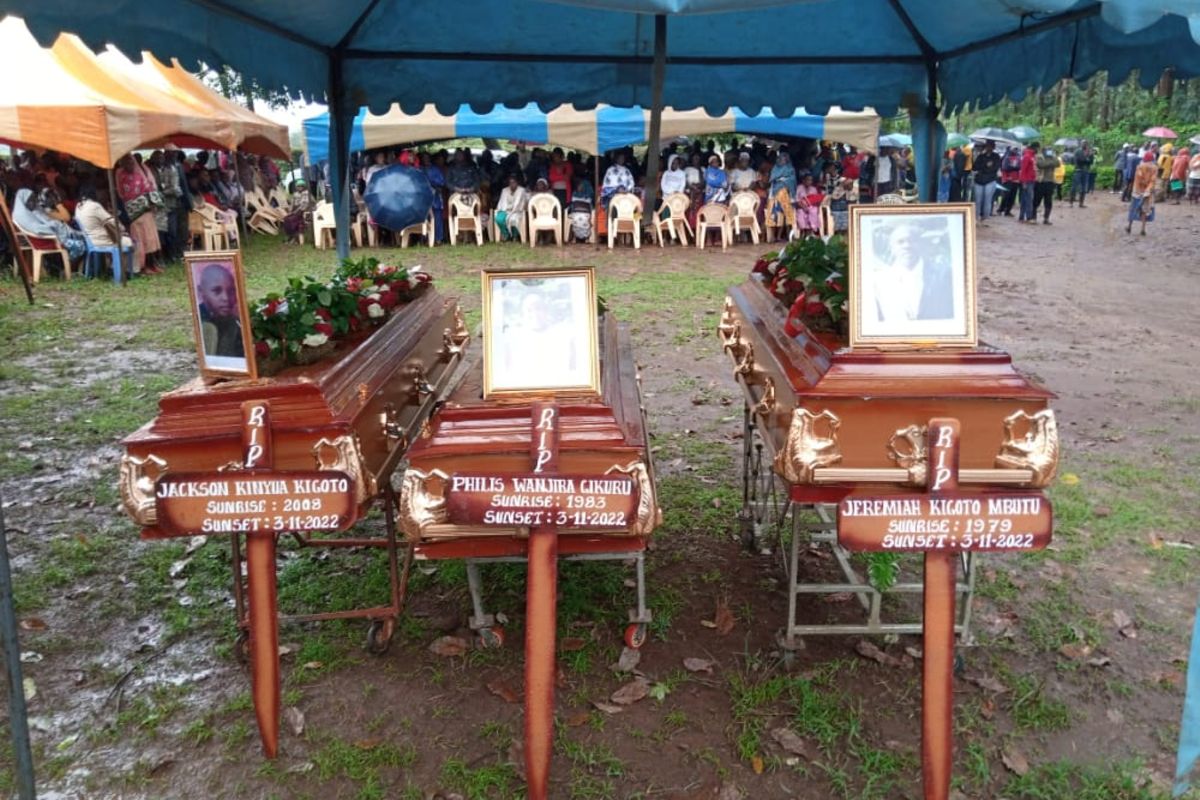 A sombre mood engulfed Kiandai village in Kirinyaga County as three members of the same family who died following a domestic dispute were buried on Wednesday.

Jeremiah Muriuki, 42, his wife Peris Wanjiku,42, and their son Jackson Kinyua, 13, were buried in the same grave but separate coffins.

Tears flowed as the coffins containing the remains of the victims were lowered in the grave.

Muriuki went violent on November 3 as he quarreled with his wife and hacked her to death. He then turned on his Standard Seven son and slit his throat with a kitchen knife before dying by suicide.

Mourners broke down and wept when they recalled how Muriuki butchered his own wife and the innocent son in a brutal manner and then hanged himself on a tree in a neighbour’s farm.

“We are still reeling in shock following the deaths of the victims,” one of the mourners, Ms Lucy Muthoni said.

Anglican Church priest, the Reverend Michael Githinji lamented that deaths linked to domestic violence were on the rise in the region.

He asked parents to speak to each other when they differ on domestic issues to avoid such deaths.

” Parents should engage in dialogue to resolve disputes instead of killing each other,” said the Rev. Githinji.

The priest urged the government to establish counselling centres for parents in the area to avoid domestic violence.

How the Hustler fund exposed the realities of...