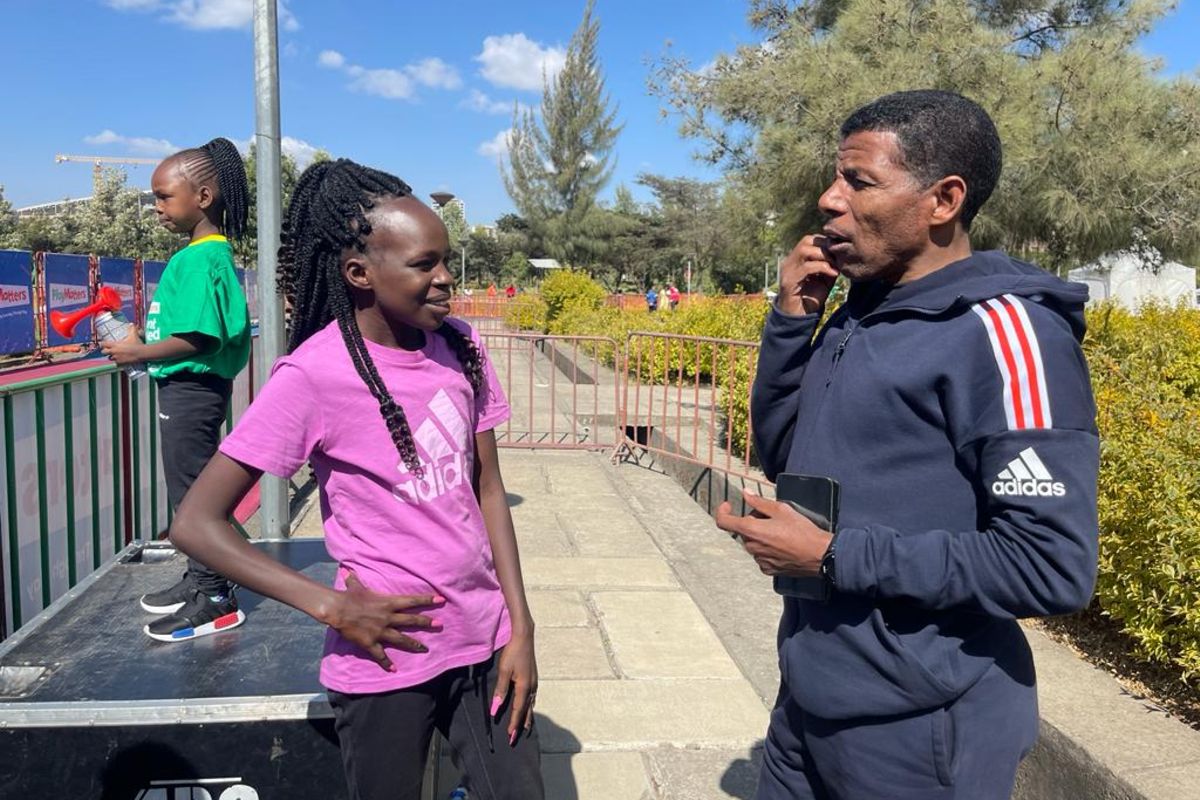 Ethiopia’s distance running legend Haile Gebrselassie believes Germany can still win the Fifa World Cup in Qatar, even after the four-time champions suffered an upset 1-2 loss to Japan on Wednesday.

In an exclusive interview with Nation Sport at his office at the Haile and Alem International Building in Addis Ababa on Wednesday, the multiple world record holder said he loves how the Germans play, fighting until the last whistle.

Germany are in Group ‘E’ in the Qatar finals alongside Japan, Spain and Costa Rica.
In Wednesday’s game, the Germans were the first to score through Ilkay Gundogan at the 33rd minute from a penalty after the Japanese goalkeeper Shuichi Gonda committed a foul.

Japan equalised at the 76th minute after Ritsu Doan scored from rebound before Takuma Asano scored the winner in the 84th.

Gebrselassie said that in past games, the Germans have always shown that “football is a beautiful game.”

“The fight is stopped when the referee blows the last whistle and I hope this year they will be able to play well and go all the way to the final because they have a beautiful game compared to the other countries. I admire their game,” said Gebrselassie moments before Germany fell to the Blue Samurai.

He was quick to say that the game has changed and is quite unpredictable.
“We all saw the way Saudi Arabia managed to beat Argentina. I didn’t expect that personally but they Saudis played so well beating Argentina 2-1 which surprised many, and that is why I don’t want to fix my mind on one team though I’m rooting for Germany,” he added.

He regretted the fact that East Africa is yet to get a team to the World Cup finals.

A drive-through Addis Ababa indicated that many people prefer watching the Qatar games from the comfort of their homes rather than in pubs.

Locals interviewed indicated that this is perhaps largely due to the harsh economic situation in Ethiopia. Yohannes Adenew, a manager at Beemnet Restaurant at Bole area of Addis Ababa, where many people troop to watch their favourite matches, said the World Cup turnout has been low.

“This has been attributed to what many say are harsh economic conditions and they prefer going home to watch at the comfort of their seating rooms.

“We have some days that you will see many people coming, but, generally, those interested are few,” said Yohannes.

Beruk Ayalew, who works at the Great Ethiopian Run office, said he is not interested watching the matches because his country Ethiopia is not playing this featuring. “We need to have a different qualification format so that we can have Eastern Africa represented. Ethiopia, Kenya, Uganda, Tanzania, Rwanda and Burundi are not playing in Qatar and we are left spectating for other countries which should not be the case,” said Ayalew.

During our tour of the outskirts of the capital city, we observed that clubs had mounted large screens but a few could be seen watching the matches in a country that has a population of over 100 million people.

A third of borrowers stay on CRBs default blacklist

Reflections from edge of a cliff