Home Featured Hospital blamed Covid-19 for his death; his widow is fighting back
Featured

Hospital blamed Covid-19 for his death; his widow is fighting back 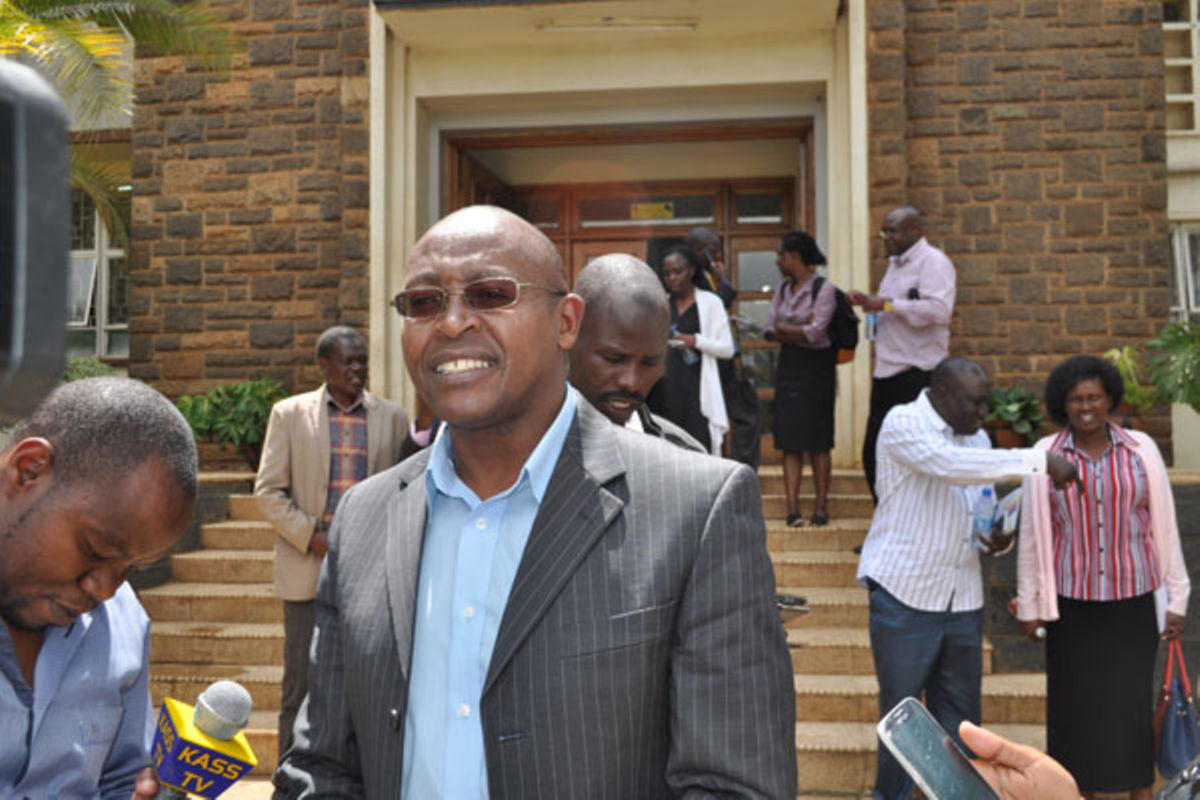 A private hospital has lost a bid to stop the widow of a former member of the Uasin Gishu County Assembly from demanding his medical records and information related to his health before he died there two years ago.

Eldoret Hospital wanted the court to suspend the execution of a judgment in which it was ordered by the High Court to release the records for former Huruma Ward MCA Peter Kiiru Chomba to his widow Alice Muchiri.

Chomba died while receiving treatment on October 10, 2020, and the cause of death was said to be Covid-19 complications.

Ms Muchiri disputed the cause of death and asked the hospital to provide further information and records, but administrators declined the request, prompting her to sue.

In a judgment dated October 4, 2022, the Eldoret High Court declared that the hospital’s failure to provide the information was a violation of the widow’s right to access information. She had asked for the information through two letters dated August 19 and September 23, 2021.

The court also issued orders compelling the hospital to provide the information.

But the hospital returned to court, asking for the judgment to be suspended pending the hearing and determination of an intended appeal.

But Justice Reuben Nyakundi declined the request, saying the judgment and the orders that the hospital intends to challenge at the Court of Appeal are incapable of being suspended. He added that there was no order for damages.

The judge also stated that the hospital had failed to provide any evidence that there would be any substantial loss suffered if the orders to suspend the judgment were not granted.

The widow sued the hospital in September 2021.

She said that before her husband died, he had on diverse dates in 2019 and 2020 received treatment and routine medical checkups at the hospital.

Following his death, a postmortem examination was conducted by government pathologist Dr Nalyanya W.W. He concluded that the cause of death was acute respiratory syndrome/acute pancreatitis due to Covid-19 complications.

Ms Muchiri said she and her children held a different view and doubted the findings of the postmortem.

They believe Mr Chomba must have fallen and injured himself while at home two weeks before his death.

She said that sometime in mid-July 2021, she visited the offices of the hospital’s CEO and sought his medical history, a request that was declined.

Her lawyer also wrote to the hospital requesting the medical records so that she could seek professional opinion on Mr Chomba’s probable cause of death.

The widow sought the hospital in-patient notes, including all notes made by the medical and nursing staff about Mr Chomba for the period in question, past medical history, any allergies treated, the record of medical examinations carried out during the period, triage notes and his nursing Kardex.

She also sought a copy of the postmortem report, body tissues and samples taken at the time of the autopsy, blood and fluid samples extracted and the results of tests done on each tissue and the particulars of the dates, time and institutions that carried out the tests.

The hospital’s lawyer, in a letter to the widow’s lawyer dated September 1, 2021, said they had advised the hospital not to release the information, as there were two administrators for Mr Chomba’s estate.

Ms Muchiri told the court that Section 35 of the National Coroners Service Act 2017 allows her to seek a second opinion to determine the cause of death whenever dissatisfied with the findings of a postmortem.

Her case was that the hospital had breached her constitutional rights by failing and refusing to give her the information.

Ruling in her favour, the court said it was not disputed that Mr Chomba had died at the hospital and Ms Muchiri was his widow.

The court also held that the reason for the request for the medical notes was justifiable and the widow had a legitimate interest in requesting the information.

But in the intended appeal, the hospital argues that it cannot release medical documents or records that are not in its possession.

It says Mr Chomba had a private doctor who used to operate in Eldoret Hospital Medical Plaza and the hospital was not privy to his medical records.

Another defence raised by the hospital is that Mr Chomba used to be attended to by Dr Ashraf Emarch, who is also now deceased.

It said Dr Emarch was the person who held Mr Chomba’s medical records as he had attended to him in his private clinic, making it impossible for the hospital to access the records and provide them as requested by the widow.

It also argued that it does not keep blood samples, body tissues and fluid samples after tests are done and results are generated and therefore the request for blood samples cannot be achieved.

It contended that “in any case, only Dr Ashraf Emarch (deceased) would be the one better placed to explain where he kept the results of the tests done having attended to Mr Chomba as a private practitioner”.

Asking the court to suspend the execution of the judgment, the hospital said it had filed a notice of appeal that raises serious and weighty legal issues for determination by the Court of Appeal.

DIAMOND BLAMES MEDIA AND FANS FOR HIS BEEF WITH ARTISTS – GhettoRadio 89.5 FM

Teachers in viral sex video of pupils to...