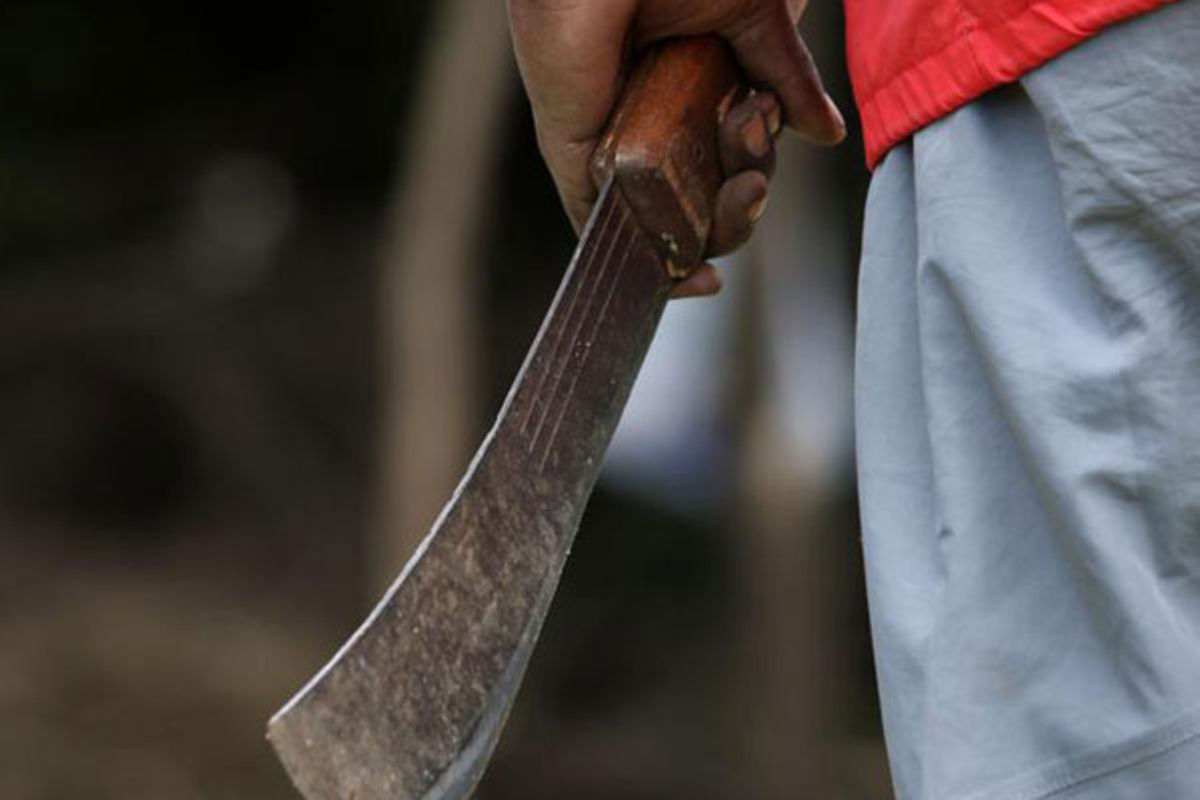 Hesitant. This is how I felt when I approached a resident of Kisauni, Mombasa, to show me around the area.

Will I survive the day? This question lingered in my mind.

Sitting in a three-wheeler heading to the area, I felt uneasy.

I was afraid that I would end up in the statistics by becoming another victim of machete-wielding gangs.

There has been a surge in attacks by the gangs in the area recently. The gangs comprise people as young as 12 and as old as 26, according to officials.

Kisauni residents seem to know each other very well and treat strangers suspiciously. During my tour of the neighbourhood, people cast long stares at me.

I met with Abdallah Abdulrahman, a community policing officer in the area. Beside him was an elderly man whose scalp had cut marks. The old man shared that he was attacked with a machete by a gang at his shop.

For the man, whose name has been withheld for security reasons, moving out of Kisauni is not an option. “I have lived here my whole life. If I have to move out, where will I go?” he poses.

Mr Abdulrahman says the history of criminal gangs in the area started in the ’90s.

“At that time, Kisauni was not known much. Areas that had high criminal activities were Mombasa town and Likoni. But the gangs would hide here in Kisauni,” he says.

Kisauni became infamous between 2012 and 2013. Right now it is one of the most dangerous areas in Kenya.

“Criminal gangs from Nairobi, Tanzania and Lamu would hide in Kisauni. During their stay here, they recruited local young boys and girls. The gang members’ aim was to rob valuables from residents,” Mr Abdulrahman says.

The gangs grew in numbers and became useful to some politicians.

“They were hotcakes to politicians. After elections, some would secure job offers from the politicians.”

Nowadays, he notes, some of the politicians abandon the gang members after the elections, leaving them to hang dry in the midst of a harsh economy.

“They now turn to unleash their anger on the common mwananchi.”

James Kalinga, the caretaker of an apartment block in Kisauni, says affordable rental houses continue to attract a large number of people to the area.

“Locals know that Kisauni is unsafe and many have been victims of the gangs. But they prefer to live here because the houses are spacious and cheap,” Mr Kalinga says.

Kisauni is not new to the reign of outlawed gangs – from Skaba Skuba in the late ’60s, Kongo by Force in the late ’70s and Kuzacha in the early ’80s to Sri Lanka and 40 Brothers in the ’90s.

In 2010, there was a gang called the Angry Tigers. Criminal gangs continue to grow in size and numbers. Wakali Kwanza, Wakali Wao, Wakali Pesa, Mtu Chee, Wajukuu wa Bibi, 86 Battalion, Mau Mau and most recently Watengwa have terrorised the area with crime.

“They have their networking skills. After committing crimes, they are usually sheltered by their colleagues in different places within Mombasa County,” Mr Abdulrahman says.

“When there is a security crackdown against them, they go under then resurface after a month or two.”

One of the gang leaders, who agreed to speak on the condition of anonymity, says: “The more useful skills you have, the more advantage you have to join us. When we carry out an attack, it is like an interview platform where you showcase your skills.

“Some of our friends end up in other countries. Others join bigger criminal gangs. For us, it is about survival. We have dealt with drug lords, land grabbers among many other people.”

Authorities have many times pledged to eradicate the criminal gangs.

Teachers in viral sex video of pupils to...

I have Sh1 million savings. Should I top...