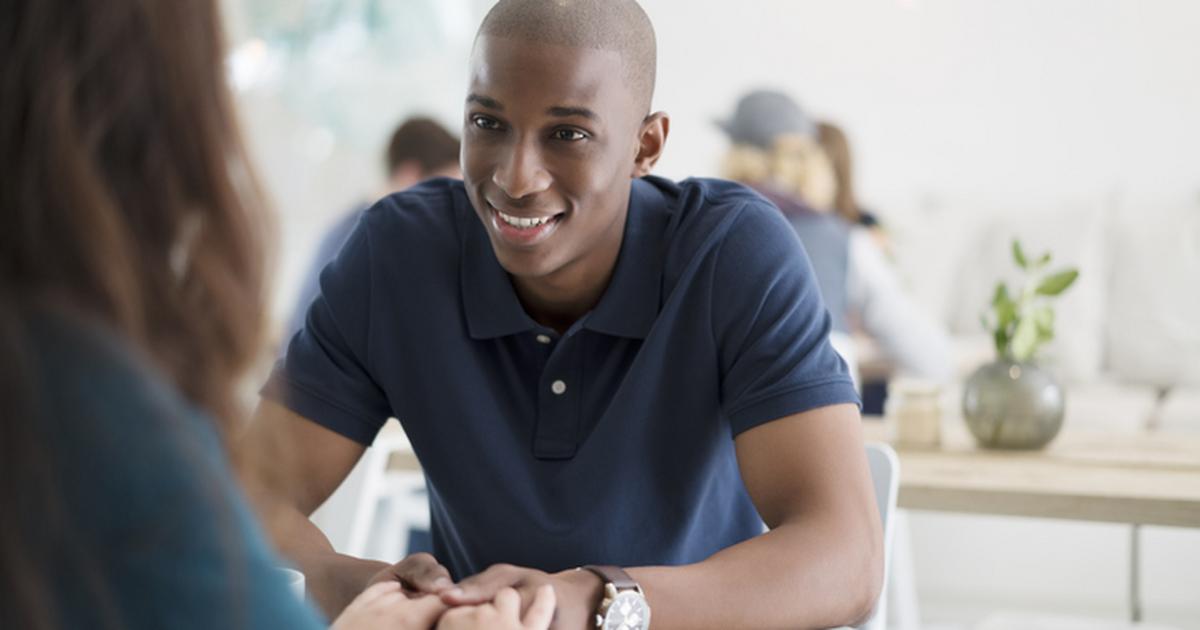 As previously written about here, one of the most underrated struggles people in committed relationships and marriages face is how to handle themselves when they have serious crush on other people.

People wonder if they are OK, if such feelings should even be creeping up on them at all, what to do about them, who to talk to, how to quell the feelings and most importantly, how to protect their existing relationship.

On this subject, Pulse reached out to certified relationship expert, Dr. Samuel Chukwuma Iwar, who has some pretty practical tips on dealing with the situation.

Popularly known on Instagram as @thedomesticatedman, Dr. Sam is a medical doctor and experienced speaker who is exceptionally passionate about relationships and marriages.


Dr. Samuel Iwar talks to Pulse on how to deal with attraction to other people while in a relationship.

From a man’s perspective, the doctor says the very first step to deal with an attraction to other women is to first admit to one’s self that there is indeed an attraction. If you intend to not cheat, if you intend to stay in the confines of your commitment to your partner, then you cannot afford to lie to yourself about how you are truly feeling towards that other person.

“This is the most important step because many times people lie to themselves. Acknowledging this truth means you can take the necessary steps to avoid temptation.

“Conversely, pretending it isn’t there is only going to take you deeper into the attraction to a point of no return,” he says in a mailed response to Pulse.

Obviously, this is advice that is just as applicable to women as it is to men. Whether or not you are male or female, crushing on someone while in a relationship is normal, and it is also important to realize this.

The relationship expert adds that you need to understand that “nothing is wrong with you. This is important because judging yourself and feeling guilt is what makes many people hide it until it is too late.”


There is nothing wrong with you if you are attracted to other people while in a committed relationship. [Credit everyday feminism]

Dr. Sam, who says he seeks to reshape the value of relationships in years to come by being a radical non-conformist, adds that one more thing people need to know when they find themselves at this juncture is that attraction goes beyond someone’s physical features. The laws of attraction apply even to several other things that have nothing to do with what someone looks like, or the curves they are endowed with.

“It could be their laugh, their intelligence, their voice, their amazing character, the way they handle business…” Dr. Sam says.

“Whatever it is, an attraction is an attraction. This is important because many think if it is not physical, then they can hang out and associate themselves with this person without caution. The truth is, unrestrained interaction with someone you are already attracted to in some way would most likely yield more attraction, and for most people, more attraction only makes it harder to cut the person off.


You can’t keep conversing with someone you are attracted to, as if the attraction does not exist. [Credit: PeopleImages/Getty Images]

“Lastly, you need to CONSCIOUSLY cut down on your interactions with this person. I always tell my clients to have an open conversation about this attraction with the person in question.

“The conversation could go like this: ‘Hey T, I wanted to discuss something really important with you. I have realised that I am attracted to you in a way that I feel threatens my relationship with my partner.

“It has got nothing to do with you, but I have decided to cut down on our interactions because I value my relationship. Can you please support me with this?’ You are not asking for approval, you are being a good friend.”

What if another woman, maybe a colleague at work, is fiercely attracted to you even though they know you have a partner?

“If a woman is coming unto a man strongly despite his warnings, it is one of two things. First, he is seriously telling her off with his words, and acting the exact opposite with his actions, essentially giving her the ‘green light’ with his behaviour.


It’s important to not let the attraction issue affect your relationship. This is very key. [Credit: Odyssey]

“She would of course feel he is simply saying what he thinks is right but still wants her anyway or secondly, he is not saying it firmly enough, he is still trying to be nice about it and not hurt the woman’s feelings instead of putting the feelings of his partner first, because he does not fully understand that this person is a threat to his relationship, or he understands but does not value his relationship.

“A man who values a relationship will find a way to remove every threat to it. The problem is some men want to flirt, see how it goes, or just plain think they would never get caught. I say nip it in the bud… again, if you value your relationship.”

On the necessity, importance of talking about it with the other woman

“If th other woman is not listening to reason, still trying to force the situation… If I were in such a man’s shoes, I would call my wife in front of that colleague and put her on speaker…then tell the colleague exactly what I have told my wife about her.

“That should immediately set her straight. I heard of a boss who a young lady was trying to seduce. He brought his wife to work to fire the lady in the open. That was a warning to everyone who has ever set foot in that office.

“If there is one thing we can all agree on, when there is a will, we will find a way.”

Why it is absolutely compulsory to get your partner involved

Of course open and honest communication is important in a relationship but with many, especially men, there is a fear that sharing something like this may be considered too much information.

Many men worry that their partner may not understand and may start becoming suspicious and all, so they retain certain reservations about whether to share this sensitive information or not.

For Dr. Sam, there can be no two ways to handling the situation than to be absolutely, absolutely open with one’s partner.

“Of course you tell your partner about the struggle and let her fight it with you. This is not up for debate. If you understand the word PARTNER, it should tell you that you carry your burdens together,” he says.

“Open and honest communication is not important in relationships, it is the key to relationships. Most people assume a relationship entails two people sharing jokes, sleeping together and going out on dates.


No relationship exists without proper communication. You have to find a way to make it work with your partner. [Credit: Shutterstock]

“To fully connect with someone, you have to take off your emotional and mental clothes. This you cannot do without honest communication. It is like having sex with your clothes on, or some of it. The intimacy is not complete.

“I have been married for 5 years and I tell my wife every single thing. She knows how much I value my marriage because I have consistently shown her. I have earned that trust. So I am speaking from experience. Unless I change something in the future, it will remain that way too.”