Inside Battle For Varsity Billions and 2022 Potential 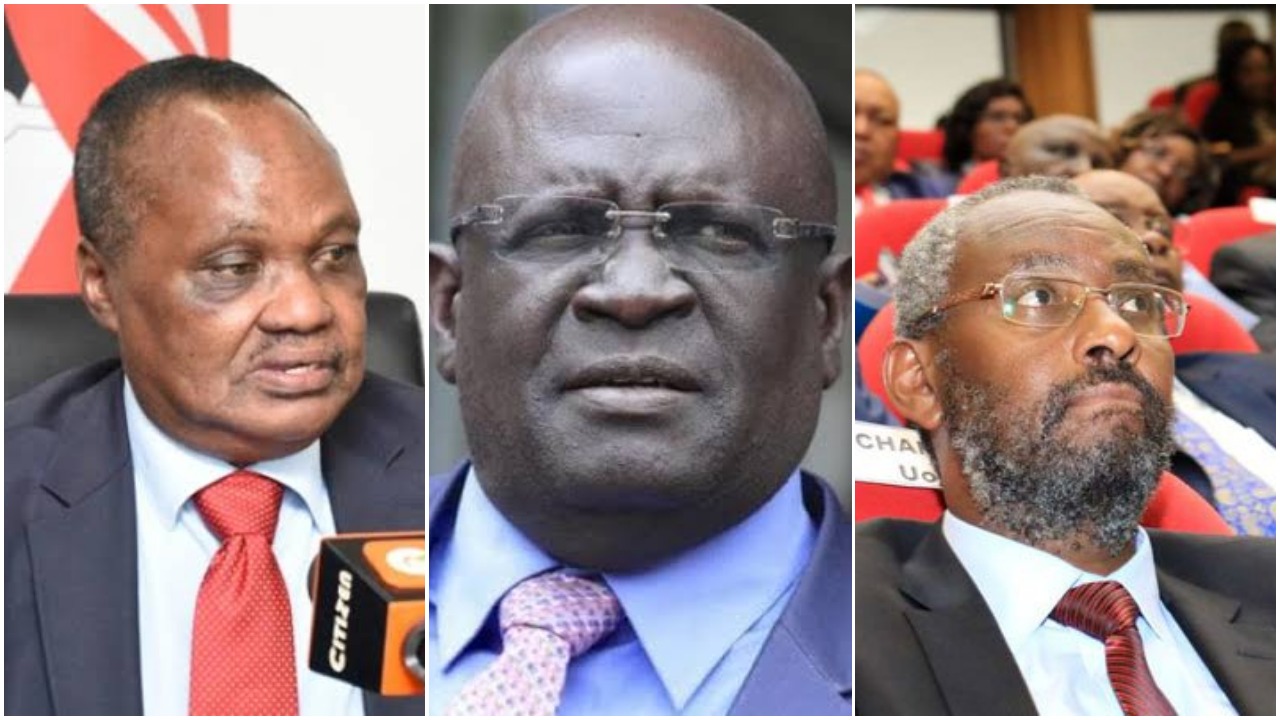 There are so many adjectives that can be used to describe the current state of affairs at The University of Nairobi (UoN), the most prestigious public institution of higher learning in Kenya.

CS Magoha also sent the entire council led by Prof Julia Ojiambo packing in a move that appears to be about far much more than meets the eye.

Hours later, Prof Kiama made light work of the changes effected by the Cabinet Secretary and announced that he was the only legally appointed vice-chancellor and warned the institution’s publics against doing business with any other person except himself explicitly stating that the contracts would not be binding.

He communicated as much in an advert placed in local dailies on Sunday.

CS Magoha upped the ante by roping in the Ethics and Anti Corruption Commission (EACC) on Saturday asking commission chief executive Twalib Mbarak to investigate circumstances under which Prof Kiama was appointed Vice-Chancellor.

On Monday, CS Magoha justified his decision to revoke Prof Kiama’s appointment saying that the government was not consulted in the hiring of the vice-chancellor as required by law.

He fell short of saying that Prof Kiama is just a pawn in the game of musical chairs.

“What you are seeing is a directive coming from somewhere. Somebody somewhere is pulling strings to destroy the university,” said Prof Magoha.

The Cabinet Secretary, however, can sit pretty after the decision by the Universities Academic Staff Union (UASU) to back the government’s position.

UASU in a press conference held on Monday called for proper consultation at all levels prescribed in the legal process required in the appointment of a VC.

“UASU reiterates its support for a transparent process devoid of shortcuts, grandstanding and pursuit of individuals as opposed to the larger interests of the institution,” UASU UoN Chapter Secretary George Omondi said in the press conference.

Previously, the council had free reign to advertise, interview and recommend for appointment the vice-chancellor and his/her deputies but those powers were taken away when President Uhuru Kenyatta signed the Statute Law (Miscellaneous Amendment) Act 2018 which requires the council to appoint the vice-chancellor in consultation with the Education Cabinet Secretary after competitive recruitment by the Public Service Commission (PSC).

The chaos at the institution were precipitated by the council’s decision to reject former vice-chancellor Prof Peter Mbithi’s bid for another term at the helm of the institution.

At the heart of the back and forth is the battle to control the billions that the university collects from students and the funding it receives from the government.

The institution can also be deployed as a political tool. A number of prominent elected leaders including Siaya Senator James Orengo and ousted lawyer Miguna Miguna were once student leaders at the institution before moving on to national politics.

Ahead of the 2022 general elections, whoever lands the vice-chancellor post at the institution would be instrumental in determining whether the university can be used to influence the 2022 poll or not.

CS Magoha wants EACC to investigate whether the disbanded council colluded with PSC in altering interview results to rig in Prof Kiama.

However, CS Magoha has only enlisted EACC’s help after Prof Kiama’s installation. If the CS’s motives were not political shouldn’t he have sounded the alarm immediately he detected foul play in the interviewing process?

The vice-chancellor position was advertised on October 29 last year and the window to apply closed on November 14.

A total of 14 candidates applied including Prof Kiama who emerged top with 80.44 points while Prof Mbeche emerged fourth with 77.94 points.

As it stands, Prof Kiama has not changed his stance and the battle looks far from over.