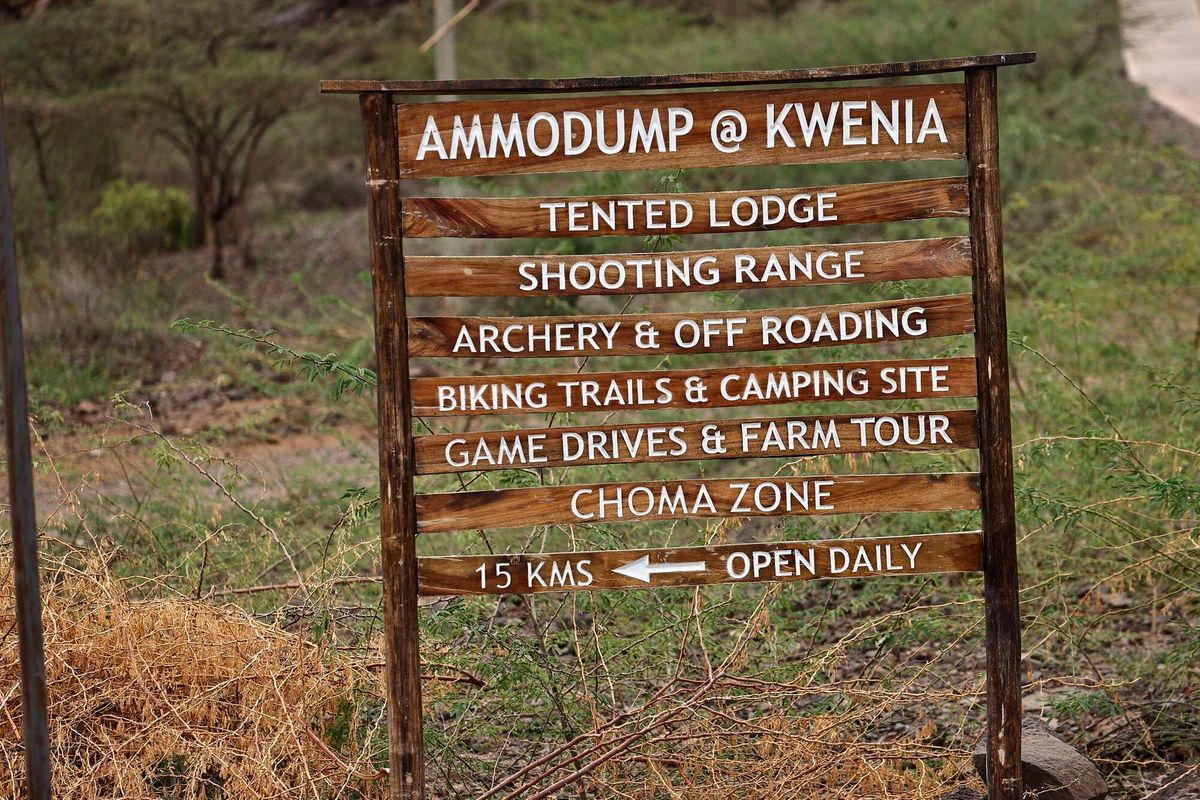 It is a place where journalists aren’t allowed to enter. Visitors are put under a microscope and subjected to mind games so that they can let out their true intentions.

Despite the many safeguards, our reporter managed to enter the shooting range where slain Pakistani journalist Arshad Sharif had visited for practice on October 23 then was shot dead later that day

Everything about the Ammodump Kwenia shooting range in Magadi, Kajiado County, is eerie. The location. The terrain. The pin-drop silence at the joint.

Then when inside there’s a cocktail of feelings of fear of death and adrenaline rush.

Tucked 100 kilometres away from Nairobi in a remote, sparsely populated area, the site strikes one as desolate. The further you get from Nairobi, the less humans and animals you see.

Ensconced between hills and only accessible through winding, dusty, and rocky road, the terrain could not be more torturous.

The zigzagging, almost spiral road leads to a tableland of some sort. The premises are technically a camping site within the “plateau”, with a shooting range to the left.

As far as the eye can see from the site, the land below is distraught brown and dotted by shrubs. Observed from a vantage point, it births before one’s eyes the vastness of the shooting range that is managed by Khurram Ahmed, Waqar Ahmed and one Maureen.

Outstanding, however, is the near-absence of human life in the vicinity. The clear skies and the elephantine fury of the burning sun make for the recipe of an ideal shooting range.

Here, clients drive for mostly an experience of the shooting range, some of whom are always holding the gun for the first time.

However, if archery and off-roading, biking, camping and spending the night in a tented lodge is your way of unwinding, you will get plenty here.

Here, all entries – which are also the exits – are in twos. The premises have two manned gates, with each guard having unique concerns and questions. Yet it is at the second gate that also serves as the watchtower, where the guard diarises every movement regardless of how insignificant it is.

“Nothing is left to chance here,” a guard said amid chuckles when the Nation raised concerns about the insignificance of some of the entries in the diary.

Block buildings in this establishment have double doors — including the reception.

Ammodump Limited, according to their website, is a Kenyan registered company whose parent company, Ammodump Securities Incorporated, is registered in Ontario, Canada. It says it offers services to governments, individuals and private security companies.

“We specialise in defence and security equipment. AmmoDump was formed in 2015 by a group of like-minded individuals who sought to combine best-in-class brands, assets and people within the complex risk management industry,” the website reads.

The joint has been in operation for close to a year, a staffer estimated. Many guests from Nairobi have walked through these gates. A Pakistani journalist Arshad Muhammad Sharif, 50, was one of them. He travelled to the site and experienced the shooting range. Except, he didn’t make it back to the capital city.

If the thrill of ranging at a site so remote and without mobile phone network is anything to go by then, it is here that Mr Arshad spent his last moments, last conversations, last memories –and the last journey alive.

The news of his death gripped the nation and globe. But it also plunged the site in the limelight for all the wrong reasons. The management was constructing a swimming pool at the site to attract more clients but that has since been halted. Before the incident, walk-ins were encouraged. That too has changed.

“Because of the media and how much they’ve been keen on the establishment, we’ve tightened the rules to include advance booking,” a range officer said.

On the evening of October 23, he was shot at Tinga Market within Kajiado County, in what police say was a case of “mistaken identity”.

Tinga Market, a satellite town along the route to Magadi, and some 11 kilometres from Ammodump Kwenia, is the nearest town.

The fare from Tinga to Ammodump Kwenia, an employee of the range told the Sunday Nation, is Sh600. This is the same amount they part with every time they want to visit their relatives.

Sunsets have always meant the end of the day. At the shooting range, it also marks the end of duration allowed for participating in the live shooting. Ranging activities end at twilight, unless a special request is made in advance, a staffer told us on condition of anonymity.

The establishment stocks no alcoholic drinks, but it allows one to carry theirs if they camp with them.

However, no one under the influence of alcohol is allowed to access the shooting range.

At the establishment “adrenaline experiences satisfaction”. But with the range officer’s piercing eyes seeming to read more than the facial expression, the impression punctuates the aura with fear, pleasure, and tension.

Death always seems to be lurking a step away, a trigger away. Literally at the joint, life and death coexisting side by side.