Inside plot to have Natembeya defect to Ford-K – Weekly Citizen 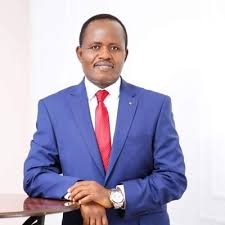 A secret move is being hatched to have Trans Nzoia governor George Natembeya seek re-election on Ford-Kenya ticket in 2027 following claims that former Kiminini MP Chris Wamalwa, bungled the party’s primaries in the runup to the August 9 2022 general election, which forced the former Rift Valley Regional Commander to go for the Azimio ticket under Dap-Kenya.

Four of the seven candidates ran on independent tickets while three were sponsored by political parties.

The Kenya Kwanza team was dealt a major blow after three of its key members, who were eyeing the deputy governor position, ditched Kiminini MP Chris Wamalwa’s camp for Natembeya. 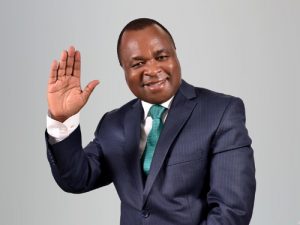 Philomen Samoei who was ‘denied’ the UDA ticket for the governor’s seat and Kipkoech arap Mutai, Julian Kichwen and Teresa Metto, who were eyeing the running mate position under UDA, decided to back Natembeya after Wamalwa unveiled his running mate, former high school principal Bethwel Kirior.

Wamalwa replaced Kirior with Joyce Keter after the Ethics and Anti[1]Corruption Commission took issue with his late resignation as a teacher as stipulated by the law. Samoei had been asked to strike a deal with Wamalwa of Ford-Kenya but declined.

In February 2022, a sharp split among Luhya elders emerged after one group opposed the endorsement of Ford-Kenya secretary-general Wamalwa for the Trans Nzoia governor’s seat.

The group under the umbrella of the Bukusu Cultural Council of Elders claimed that there was no consultation before Wamalwa was endorsed.

The elders said Wamalwa and his Ford Kenya party were hiding behind Kenya Kwanza Alliance to hoodwink the people of Trans Nzoia to give Ford Kenya a new lease of political life.

In the recent past, Wetang’ula has made several attempts to bring Natembeya on board with Wetang’ula’s concern being that for now within Ford-K fraternity in Trans Nzoia, nobody can face Natembeya 2027. 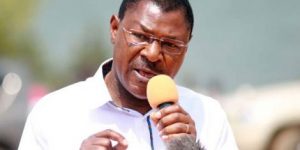 Further, there is talk that Bukusu elders who view Trans Nzooa as Ford Kenya home by virtue of the influence of late Wamalwa Kijana and Masinde Muliro are after the governor’s seat to go back home.

To them, Dap-K associated with former CS Eugene Wamalwa was gaining ground when Uhuru Kenyatta was in power but now it is likely to go to political oblivion with the new scheme being mooted out. 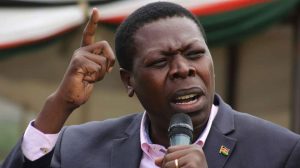 Word has it that Wetang’ula’s decision not to lobby to have Wamalwa land a plum position in president William Ruto’s government is part of the strategy to bring Natembeya on his side.

Many had expected Wamalwa to be cabinet secretary or even principal secretary given the position he holds in Ford-K.

To complicate matters for Wamalwa are claims that after being shortlisted to be a member of parliamentary service commission, a body Wetang’ula seats on, he was forced not to attend the interview after Wetang’ula allegedly started playing games on him.

It is said that Werangula is bitter with Wamalwa after he started boasting that had he won governor, he was to dislodge Wetang’ula from the helm of Ford K and inject in fresh blood.

For now, with claims Wetang’ula is luring Natembeya to join Ford-K to reclaim the Trans Nzoia governor seat that Patrick Khaemba had held for two terms, the future political card Wamalwa will play is likely to be for him to reinvent and resurrect himself politically.