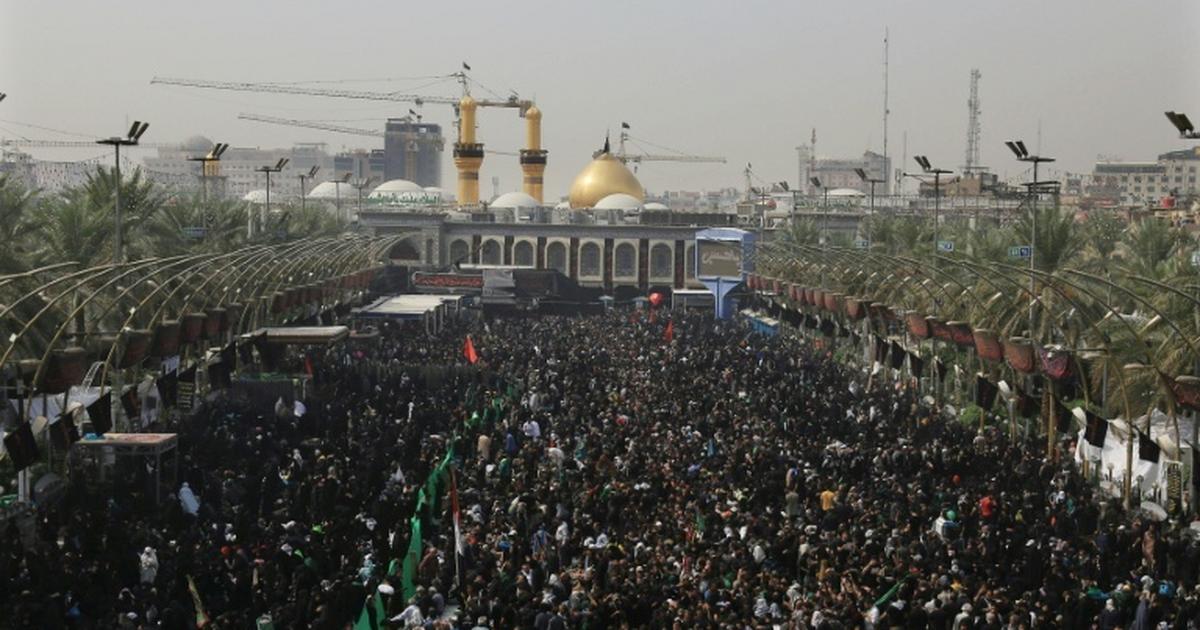 Amid the throngs of black-clad pilgrims mourning the seventh-century death of Imam Hussein, Sadr supporters dressed in white demanded “No, to corruption!” and “Yes, to reform!”.

Waving Iraqi flags, they chanted “Baghdad free, corrupt ones out!”

Sadr, whose list emerged as the largest bloc in parliamentary elections last year, helped Prime Minister Adel Abdel Mahdi to form his government. But on Tuesday he called on Twitter for his supporters to march in shrouds.

Iraq — the second-largest OPEC oil producer — is “a rich country where the people are poor,” Khedheir Naim told AFP.

The grey-bearded man came from the southern oil city of Basra to join the world’s largest Shiite pilgrimage, which culminated Saturday.

He denounced corrupt leaders, who according to official figures pocketed 410 billion euros over the past 16 years.

“Unfortunately, tyrants and criminals live handsomely at the expense of the people,” Naim said.

Denouncing corruption has been a primary theme of the protest movement shaking Iraq, alongside demands for jobs and functional services.

In a single week of protests at the start of the month, 110 people were killed and 6,000 injured, according to official figures.

Calls have been made for fresh marches on October 25, to mark the anniversary of the government that is the focus of public anger.

Arbaeen marks the end of the 40-day mourning period for the killing of Imam Hussein, grandson of the Prophet Mohammed, by the forces of the caliph Yazid in 680 AD.

Placards with anti-United States and anti-Israel messages are often seen in the crowd, though anti-corruption slogans are rare.

“It’s necessary to make the pilgrimage regardless of the situation in the country,” he told AFP.

“We haven’t seen anything out of the ordinary, even if people from the Gulf came at the last minute because of the protests.”

Mozambique opposition calls for vote to be annulled