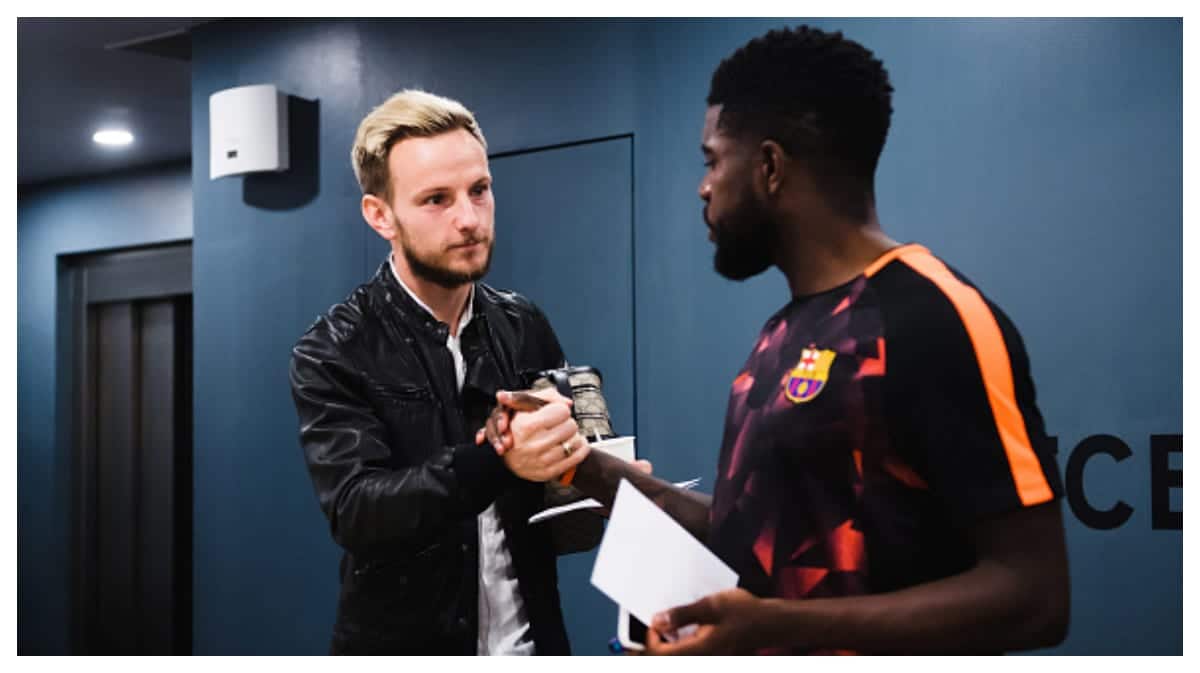 – The Spanish giants are said to be raising funds as they look to make a massive income of £1.3billion

Ivan Rakitic and Samuel Umtiti are reportedly ready to be sold by Barcelona as Manchester United and Arsenal have been put on red alert, reports claim.

It is understood that the Spanish champions are looking to offload the duo to raise about £110million.

Barcelona recently announced a projected mouth-watering income of £1.3billion for 2019/20 season and the Catalan giants need to sell some of their players to meet the set target.

And according to the Mail, Rakitic and Umtiti would be shown the door in the summer if La Blaugrana’s valuations were met.

Rakitic’s deal at the Camp Nou will expire in 2021 and has been an integral member of the since joining the club from Sevilla.

Reports claim Man United held talks with Umtiti during the summer for a £46m move but an agreement was not reached for the French defender.

But Arsenal were understood to be interested in bringing the pair to the Emirates in the summer transfer window.

Barcelona are keen to offload Rakitic and Umtiti to balance the books after failing to land Neymar from Paris Saint-Germain.

Meanwhile, TUKO.co.ke had earlier reported that Ansu Fati has become a household name in Barcelona and has been tipped to be the next Lionel Messi.

The 16-year-old who hails from Guinea-Bissau has won many hearts around the world with his eye-catching performances for La Blaugrana this season.

Activist in trouble over claim that Mombasa used...