Jimmy Gait who has been in entertainment news headlines the past few weeks more pertaining to his health than new music releases is back with a new medical campaign.

The gospel singer who had to fly out to India to seek medical treatment after what he claims were months of being misdiagnosed with cancer while what he had was an entirely different problem now wants to help others who might find themselves in his predicament.

He, however, had the time to talk with the scores of Kenyans he found there who were silently suffering after being misdiagnosed and rather than moving on with his life, he has decided to take it upon himself to set up a petition that he hopes will change things for Kenyans.

he released the video below explaining in more details what the petition is about:

Ready for baby Simba! Diamond Platnumz and Tanasha already preparing for the arrival of their son!

Dated 16th of January, 2020, Chero´s lawyers made their demands to Rawbeena´s lawyers, which if not met, risks legal action.

In a letter addressed to Rawbeena´s lawyers, Daniel Orange & Company advocates, on behalf of their client, Chero, wrote:

On 13th Fanuary, 2020, an interview of yourself with the star Newspaper Journalist Elizabeth Ngigi was published on the ¨Word is¨ column of the said Newspapoer which interview adversely and negatively defamed our client. In the said interview, headlines as ´Rawbeena Exposes TV Girl Chero´s Madharau´ without verification and/or justification defamed our client stating that you were the one financing the fancy and highflying lifestyle of Carolyn Nasimiyu Murumba a.k.a Chero, our client.

In their entirety, either in their natural and ordinary meaning or by imputations and innuendoes, your statements meant and were understood to mean that; our client is promiscuous, opportunist, ungrateful, a bad friend, a thief, unreliable and incapable of keeping true friendship.

The defamatory text was calculated, to injure, disparage and lower the esteem with which the general public regards and holds our client; considering that our client is a famous TV Show host which airs on KTN every Saturdays from 11am-1pm with an average audience of 1.1 million. Further, your client posted the said post out of malevolence and spite and without justifiable cause, thereby discrediting the good way and the reputation of the undersigned. 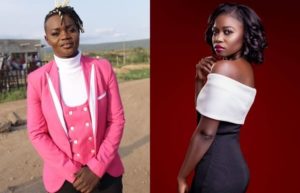 Because according to Chero´s lawyers:

Demands from Chero´s lawyers to Rawbeena´s lawyers in the ´next 7 days´ are: 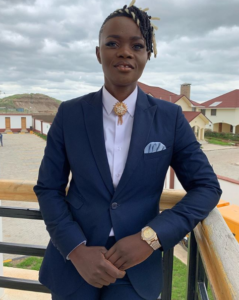 In the event we do not get a positive reaction from you, our instructions are to institute a defamation suit against you client for damages without any further reference and at the your client´s peril as to costs and other consequences attached thereto. 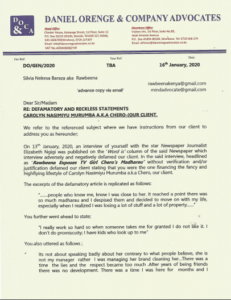 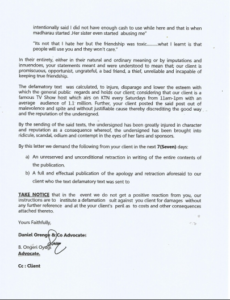 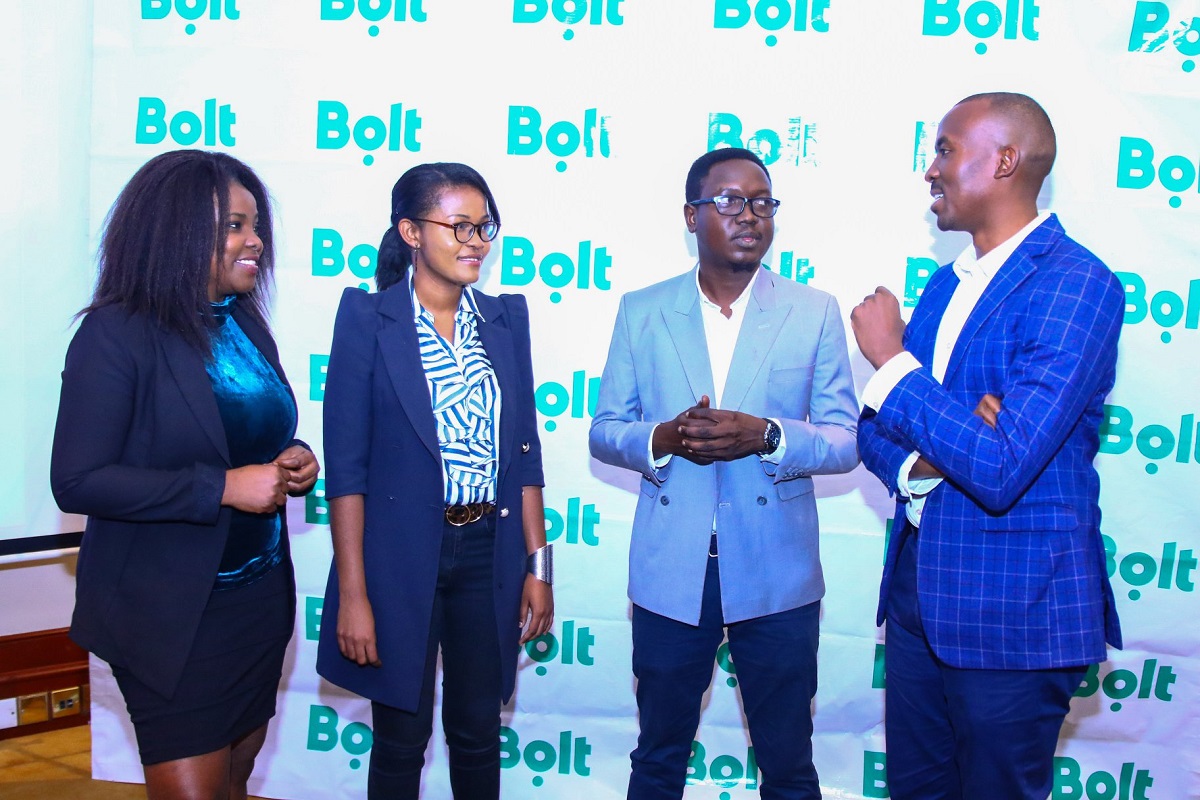 The funds will go into improving safety, reliability, and sustainability of Bolts’ services while maintaining high efficiency of its operations. This includes investments in existing services like ride-hailing as well as personalised mobility services like food delivery.

“Mobility is one of the areas we will continue to grow and innovate for the benefit of our customers,” said Mr Martin Villig, Bolt’s co-founder. “We will invest in improving and expanding our ride-hailing technology as well as personalised mobility services like food delivery. …this enables us to move faster towards serving many more people in Europe and across the world.”

Bolt’s research and development strategy is focused on creating innovative and safe services that will enhance urban mobility and provide viable economic opportunities across the world, Mr Villig said.

“As you say, to stand still is to go backwards, and Bolt is never standing still. The Bank is very happy to support the company in improving its services, as well as allowing it to branch out into new service fields. In other words, we’re fully on board,” sand Mr Alexander Stubb, EIB’s Vice President.

The company pioneered safety initiatives in the industry, providing features such as the SOS button, which links drivers on Bolt trips with medical and/or security emergency response team(s) at the tap of a button.

In addition, the “Share your ETA” feature allows consumers to share their live trip details with loved ones.

Hero Radio CEO who is also dating singer Vivian is back with season 2 of his Comedy show dubbed  Sam West Comedy. 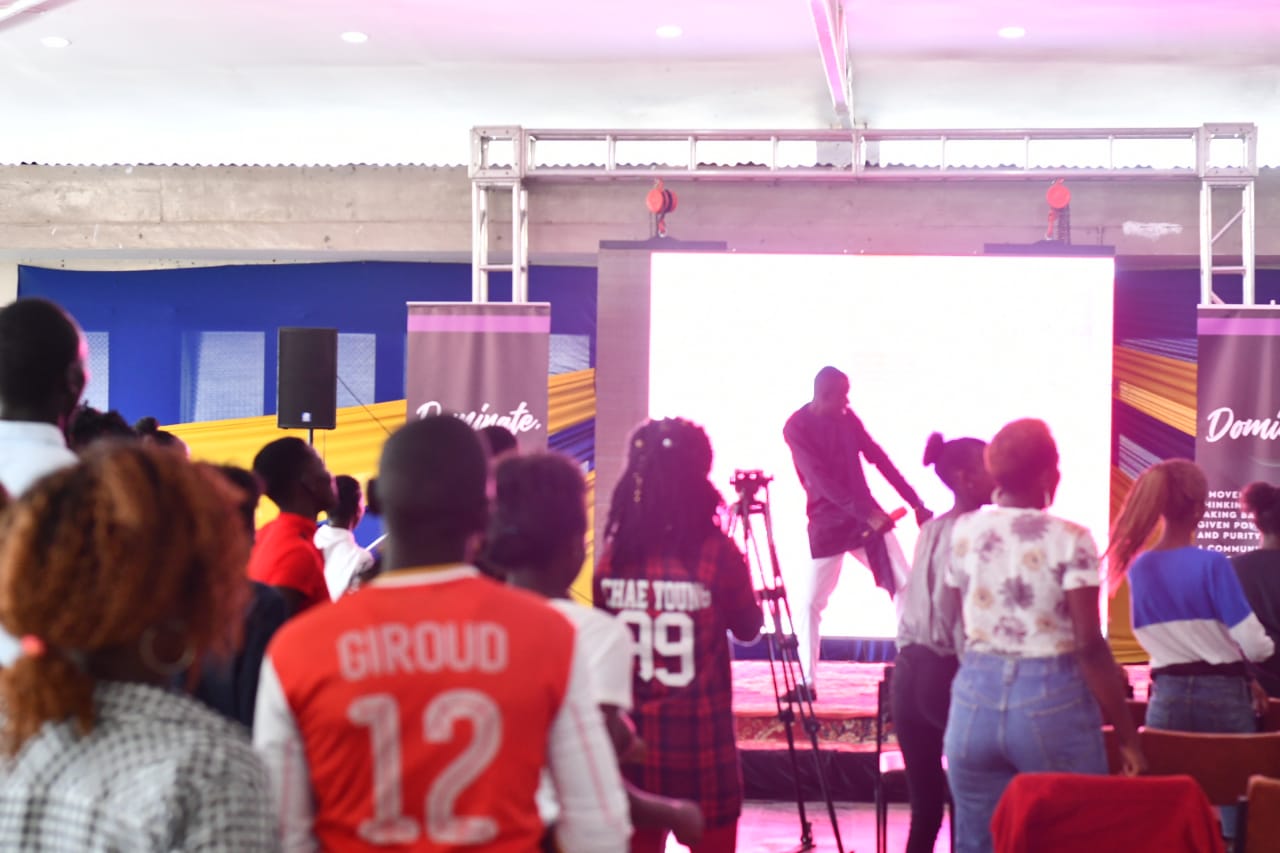 He ventured into comedy back in 2018 and judging from his posts then, we can confirm that Sam West was ready to take over the comedy industry after years of Churchill running it!

So far we understand that has not only had a successful career as online influencer but also an entrepreneur with several businesses in the country. 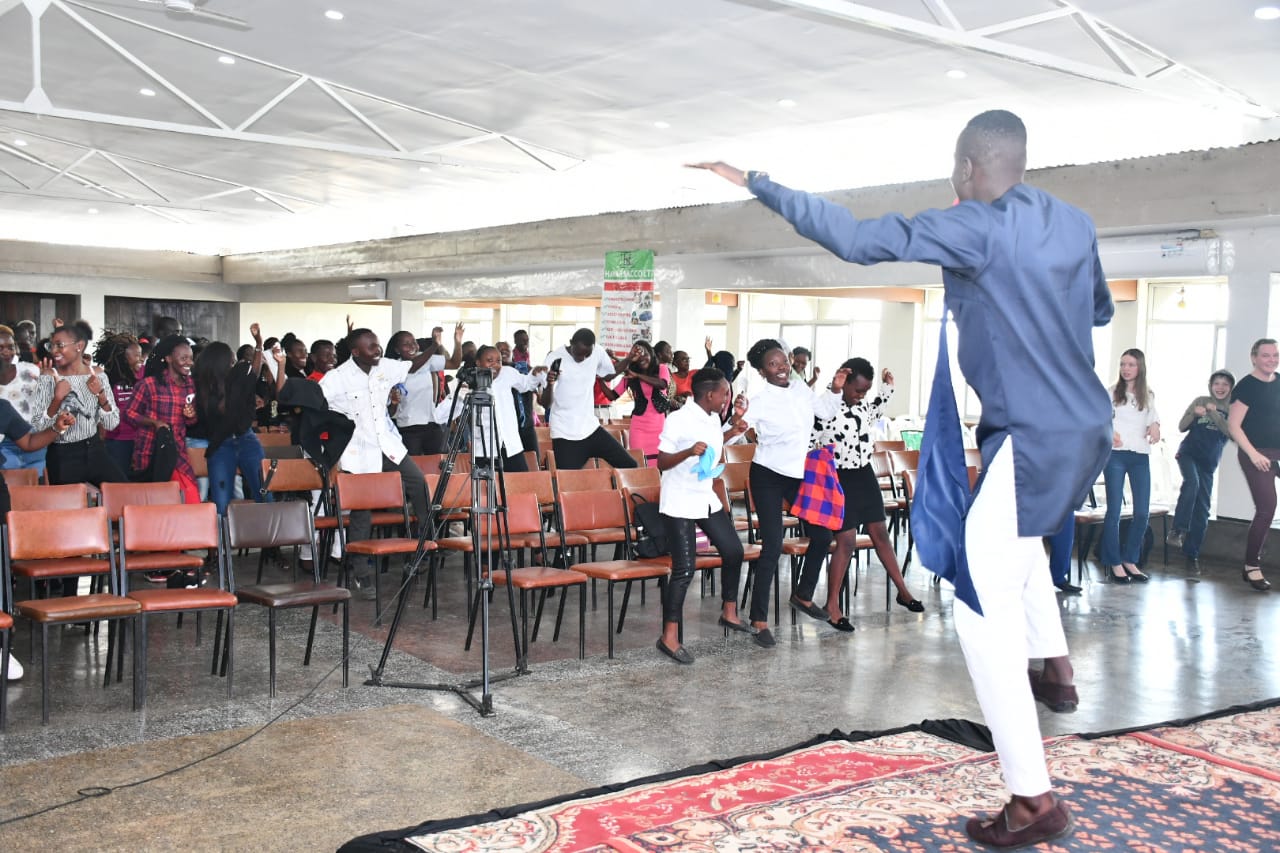 Sam West comedy back with a bang!

His first show went down in Nakuru earlier today and judging from the photos; we can confirm that he did had a successful start! About 700 people showed up for the event which was also graced by his wife, Vivian. 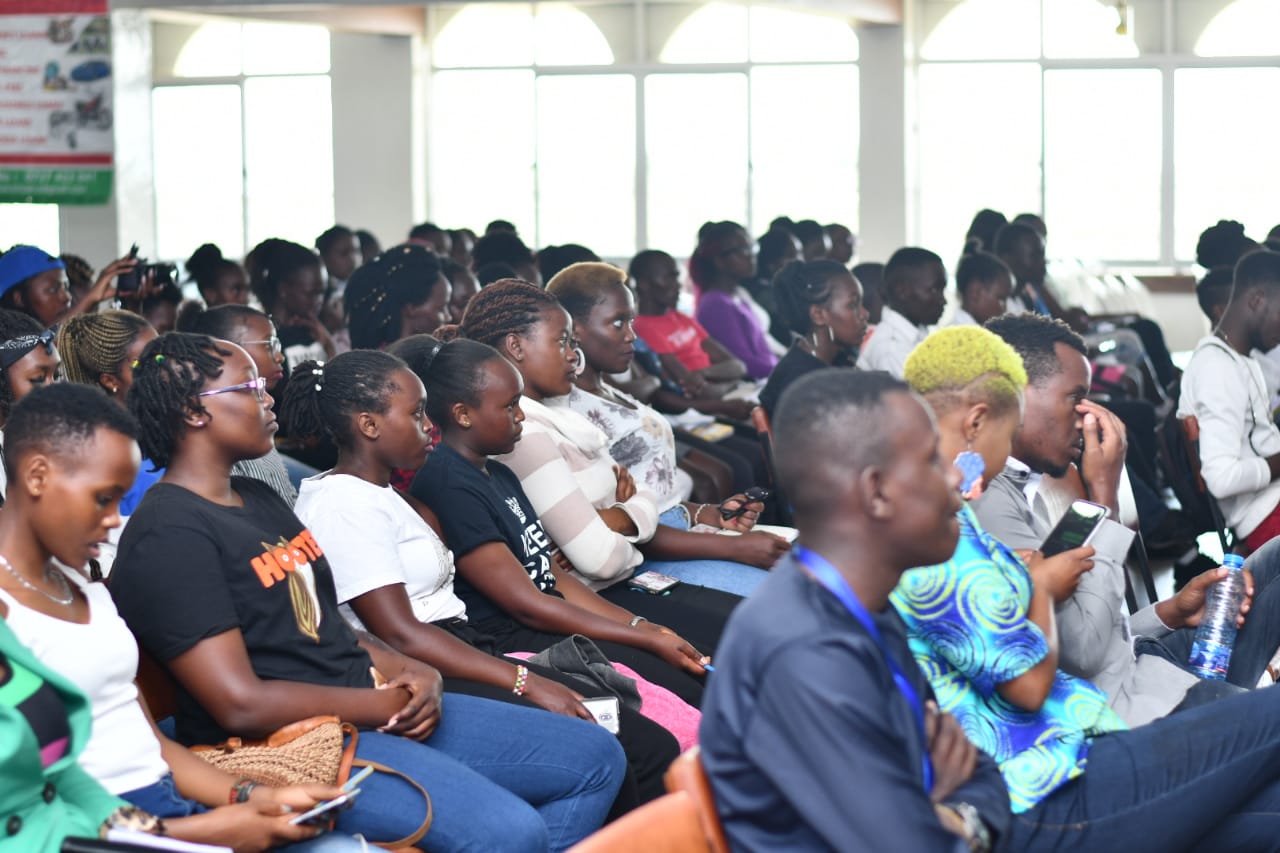 Fans show up in huge numbers for Sam West’s comedy

Among the invited guest is Titus Hug, an American who owns a big construction company called HUG CONSTRUCTION. He is also happens to fund over 100 university students in Kenya through campus; and is passionate in mentoring young people. 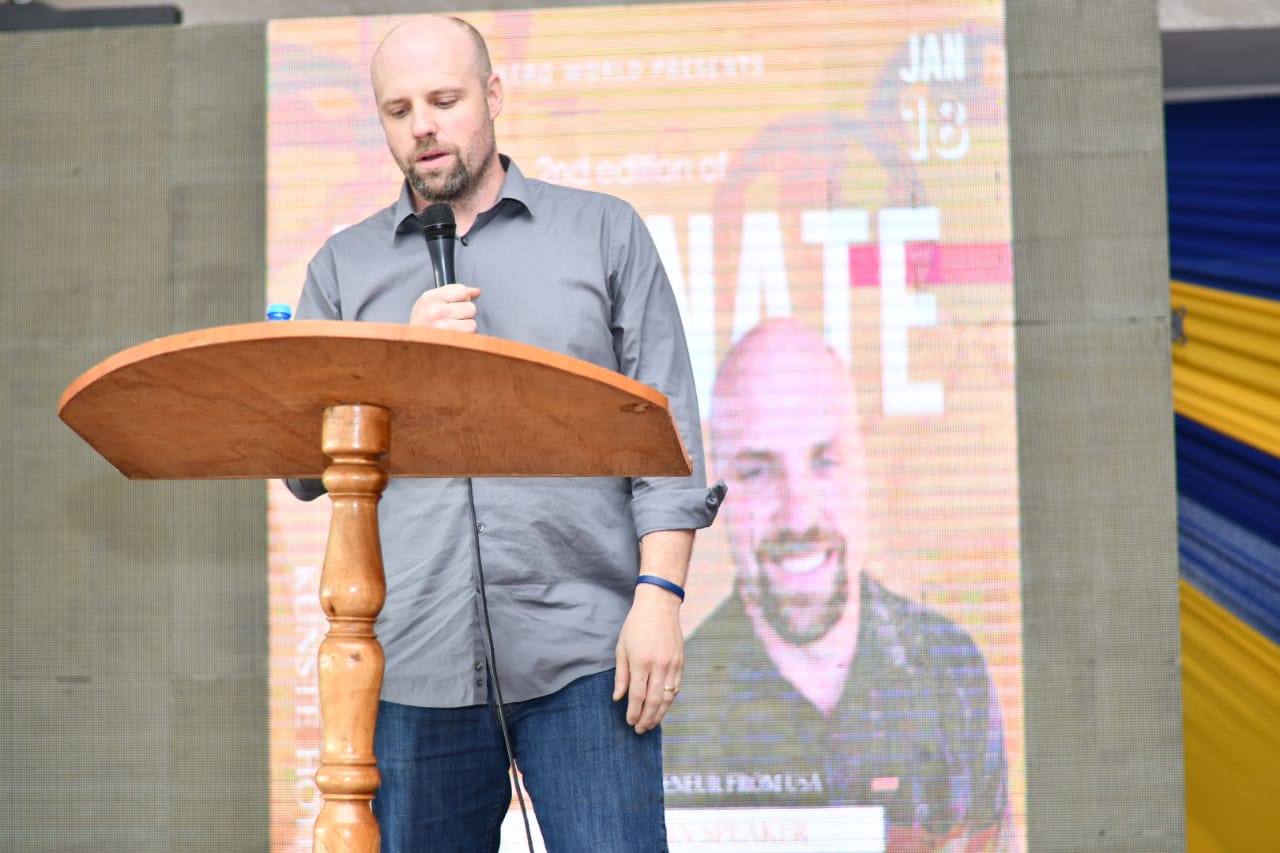 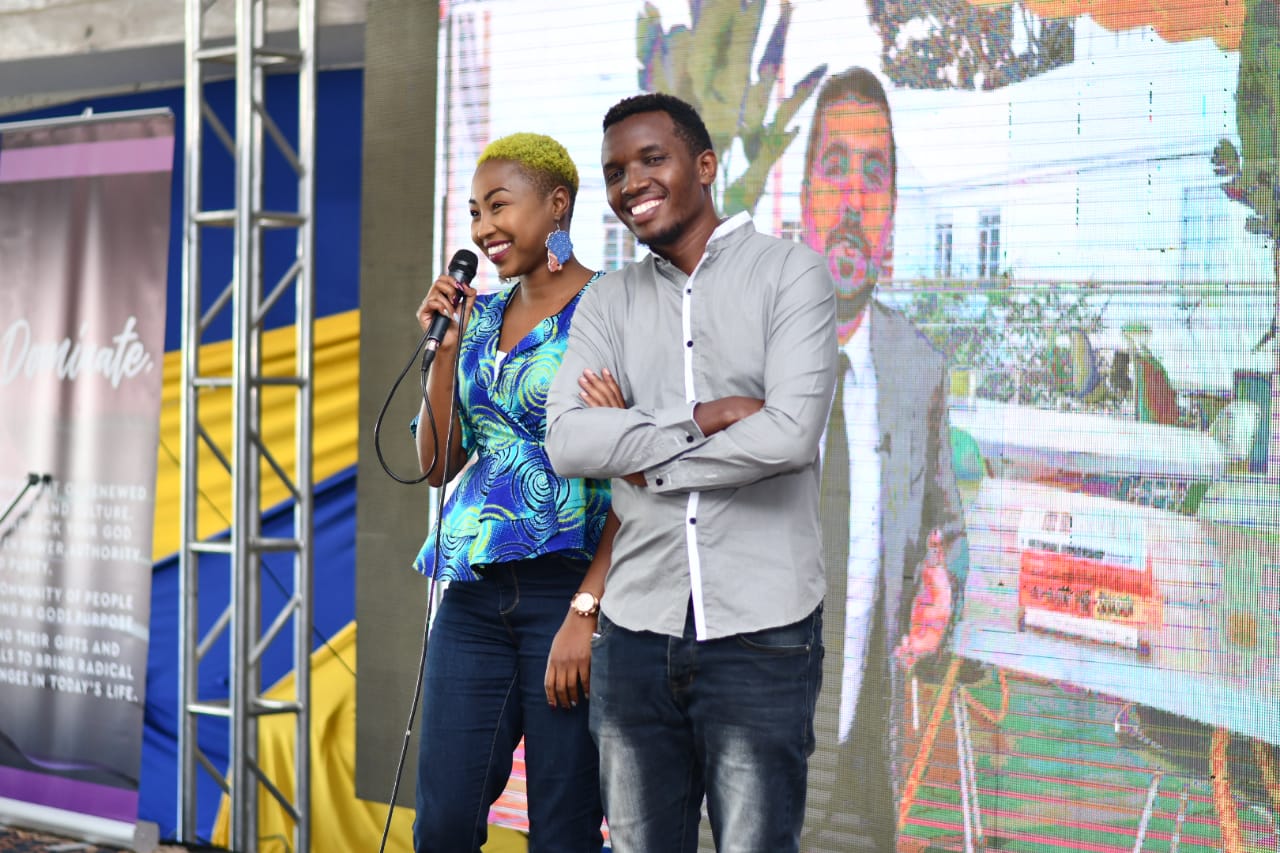 The couple are known for their hustle hard motto and despite having 2 kids; they also find time to spend with their kids apart from focusing on their different careers.

Vivian on the other hand is also set to  release her first 2020 project dubbed Masharti as seen on her Instagram page. Well, with all the that talent, I bet the lady will not let her fans breathe with her upcoming projects that will blow many off their feet!