Josiah’s Thirst to Gamble and a Costly Slay Queen Smile 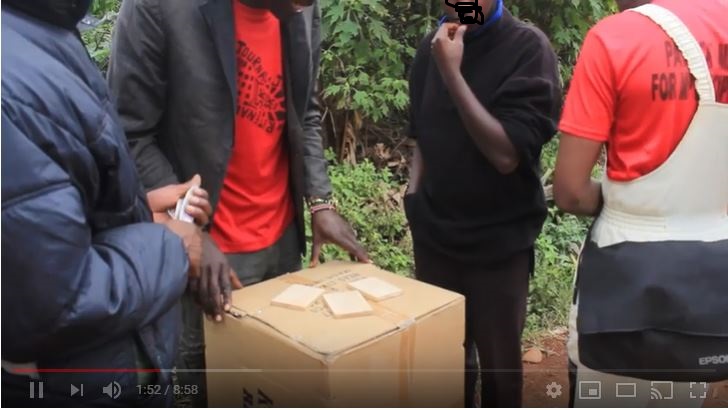 The only easy way to make money in Kenya is to become a politician or a lucky gambler. Robbing a bank is no longer viable. Trafficking drugs is delicately risky, almost suicidal.

Starting a business is painfully frustrating. The government will tax you to the bone and you will probably die of depression, unpaid loans and debts. Only a politician is safe, he is paid handsomely and he can pocket public pennies without worry of arrest.

Hell in a gambler’s paradise

It is on this premise that I made to Josiah to dive
into campus politics later in the years; a very bad decision. But Josiah the
born gambler (he claims), one with a massive appetite for quick money. First, he
could not resist the small temptations to gamble or bet whenever an opportunity
struck.

This greed for quick money which is normally devoid of
caution is what got us conned in River Road.

In the weeks that followed after our entry into
campus, my father having sold his cow, I decided to spend thirty five thousand shillings
to buy a laptop for my studies. Still unfamiliar with the routes and naive
about the city, I decided to tag along Josiah my roommate; the path finder.

Josiah, a skilled broker and dealer, persuaded me into slicing him his 3% cut before agreeing to escort me and even take me to a dealer he knew would get the laptop at Ksh25,000 and pocket the rest. Even after taking his 3%, Josiah still claimed an equal share in the ‘rest.’

Where he can make a shilling, Josiah will make the
shilling.

Going down Luthuli Avenue towards River Road, a light-skinned lady smartly dressed in a white T-shirt and black pants suddenly approached us smiling; the professional smile of waiters and receptionists.

She immediately ventured into a monologue about some electronics
being sold at throwaway prices plus free t-shirts around the bend.

“Also by participating in some little game, you may win yourselves one hundred thousand shillings too,” she added, winking.

While my focus was on the lady’s beauty and smile, Josiah’s focus was on the last
statement; one hundred thousand shillings. Bewitched by her alluring smiles, a lovely
and almost seductive voice and the free t-shirts and a possible hundred
thousand win, we foolishly followed her.

And to confess; the thought that she called us handsome despite Josiah’s obtuse and ugly looks and my flat rectangular nose, we could not betray her. A light-skinned Nairobi slay queen to recognize and acknowledge that common villagers like us look good is not a joking matter.

Cramped under some delicately erected tent with a number
of people similarly dressed, we were urged to try our luck by picking one of three
unmarked cards and see what we might win. A few electronics; TVs, cookers, and
woofers were on display within. With nothing to lose we tried our luck.

Josiah eager to gamble was the first to pick and won himself a pair of earphones and an iron box. He was, however, persuaded to try his luck again by staking three hundred shillings and stand a chance to win better or loose and retain his iron box but with the money gone. Josiah staked and easily won himself a simple Alcatel smartphone. We were convinced to possess some luck that particular day.

Meanwhile, some gentleman in a red jacket hesitantly staked ten thousand shillings. All paused to watch. With heightened anticipation and almost fear, we patiently followed his trembling hand pick a card. He won himself a fridge or an equivalent of forty thousand shillings cash money. He chose the latter, which he was given as we watched and walked away after his victory.

“This is real,” I whispered to Josiah.

“Stake big, win big! Stake more, choose better win
big!” The gentlemen chanted their slogan, their eyes fixed on us and
urging us to play on. The simplicity and easiness of the game and winnings did
not trigger any alarm.

Josiah pulled me aside. With his persuasive tongue, he
tried to convince me to place my bet and if I won, it would affirm our luck
that day which we were not going to waste away. We would then split the entire
laptop money so that each of us could stake and win big. I was hesitant.

“A man’s luck comes once in a thousand days, he
should be watchful for that one day!” Josiah emphasized with one of his
philosophical sayings.

Convinced that might be the day, I gave in. To test and affirm the luck I placed two thousand shillings. I won a shaving machine or five thousand equivalent. I picked the latter. The men were patiently watching, knowingly. By experience and self-taught psychology, they knew we had money and we were naive too and we were greedy. We were not going anywhere.

“Take your time, do not rush!” They pretended
to care.

When greed sets in, caution departs. The lust for money was at its climax. We were winning,
we were convinced.
Josiah whispered to me again
to then split the now forty thousand and each of us separately
stake eighteen thousand.

A voice in me was whispering that
we had won enough thus should disappear, but another voice in me rebuked the other
voice for being under-ambitious
and a coward, stake more! I obeyed the latter and poured my sum as Josiah suggested.

I closed my eyes, offered a short prayer before picking one of the three shuffled cards. In the five seconds prayer, all I imagined was Sandra, the elusive girl I was chasing, finally saying yes. I finally had the money.

The gentlemen looked at me and asked twice if I was sure that was my final selection. I was sure. The card won nothing, not even an electronic. I was tensed. I was losing breath. It could not be true. The panic was almost shutting down my nerves. My clothes were soaked in sweat.

Some were courteous enough to reply to us but with an even more painful response,” Karibu Nairobi!”

Josiah placed the money and picked a card we firmly believed was a win. Something was not right; the card Josiah had picked is not the card that was opened. It came out nil. Poof!  Thirty-six thousand drowned.

For some time, I could not understand what had and was
happening. I was confused. Josiah unsuccessfully tried to appeal while claiming
the card he had picked, he strongly believed, was not the one that was opened.

Coincidentally, the gentleman in the red jacket that
had won forty thousand shillings could be seen some slight distance from the
tent animatedly talking to the lady that had approached us at Luthuli Avenue. He
was part of the crew.

Suspecting the con, we started hopelessly demanding our money back. All passers-by we tried to seek help from coldly ignored us. Some were courteous enough to reply to us but with an even more painful response,” Karibu Nairobi!”

We desperately searched and got a cop but he was
reluctant to help until we parted with two thousand shillings ‘tea’ (the
balance we had). An hour and a half later we were standing at the very ground
we gambled, desperately trying to convince the cop it was the very spot we lost
money.

The place had been swept clean. There was no trace
that there had been any activity; no tent, no electronics, no men shuffling
cards and calling on passers-by. Nothing.

It did not take long to note that the Alcatel phone
Josiah won was fake; a model used for display at phone shops. A clean sweep it
was, but our frustrations and losses in the city were still at the embryonic stages

But first I had my father to face, perhaps using an arbitrator, for my own safety.

Dan Kutiri is a creative writer and a content creator. He can be reached through email at: [email protected]

‘I have not met my dad for 30 years,’ cries Guardian Angel