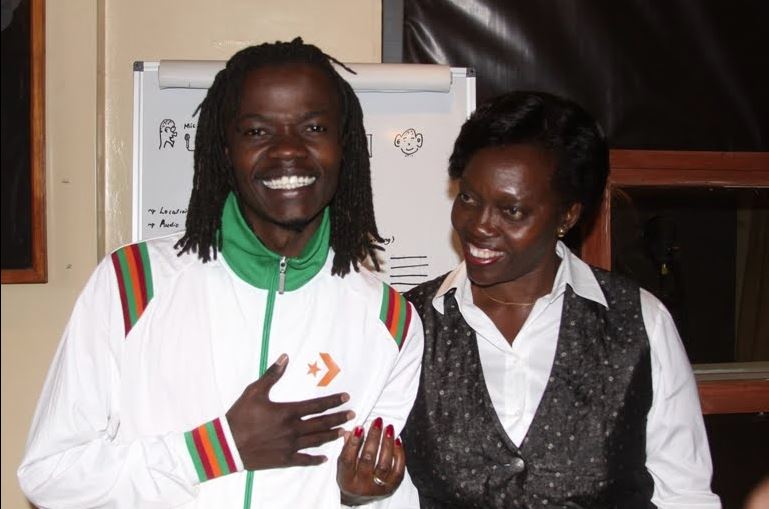 Martha Karua has given life to one of Juliani’s hit songs after she used it as a revolutionary song to critique President Ruto’s regime.

“I see the making of a dictator in Kenya. Cases being withdrawn. Cases of fraud, murder, whatever, being withdrawn where the suspects are the people in power. Land grabbing, affidavits being sworn saying there was no grabbing.”

She continued, “Something is cooking in Kenya, and this is the making of dictatorship. Our silence will make a dictator worse than we have ever seen. I will not be silenced, always inspired by the lyrics of Juliani’s song, “Sitasimama maovu yakitawala”.”

Ms. Karua noted, “As long as I have breath, I will raise my voice whenever necessary, and I raise it in solidarity with Uganda until we end any form of oppression, lawlessness and state capture in Kenya and East Africa.”

She added, “It begins with leaders thinking they own the State. The people own the state. Let us all say there is no room for dictatorship in East Africa.”

Watch the song that Martha Karua was referring to. It is titled Utawala by Juliani.

In the song released in 2013, Juliani paints a bleak picture of what the political leadership has afforded Kenyans.

The lyrics read, in part.

Also read:  Exclusive: Majirani – I was a victim of sodomy while in prison

Fans of the song commented about it on Youtube.

Symon Wamae writes, “I just listened to this song, and something from within pushed me to review it on YouTube. Surprisingly and saddening, it has few views.

I mean, it’s a song that should have hit views equivalent to Kenya’s population. I think in Kenya’s history, this is the song number that should be archived. A true reflection of Kenya that needs revival.”

Gregory Enock noted, “2022 still listening to this underrated song. It never gets old.”

Samson Wasilwa added, “Powerful prophetic song…makes even more sense than when it was released…Let us keep the peace…UNDUGU NI KUFAANA. Politicians have never been enemies.. just friends of convenience.”

Mark Mwanzia branded the song as one with “insight” that “lives forever.”

A die-hard fan of Juliani and the song, Markarios Mwamela said, “This song is soo underrated, Juliani should do a recap or a remix of this tafadhali! 2022 still soldiering on.”